Papier mâché for the Christmas tree

How MAROLIN® is keeping a traditional craft alive

At first glance, it’s impossible to tell what the delicate Christmas tree ornaments are made of. It can’t be plastic, they look too classy for that. They’re incredibly light, but not as fragile as glass ornaments. In the period after 1815, the Steinach region got its big break, all thanks to a remarkable material – papier mâché. The MAROLIN works continue to preserve this traditional craft in Steinach today. 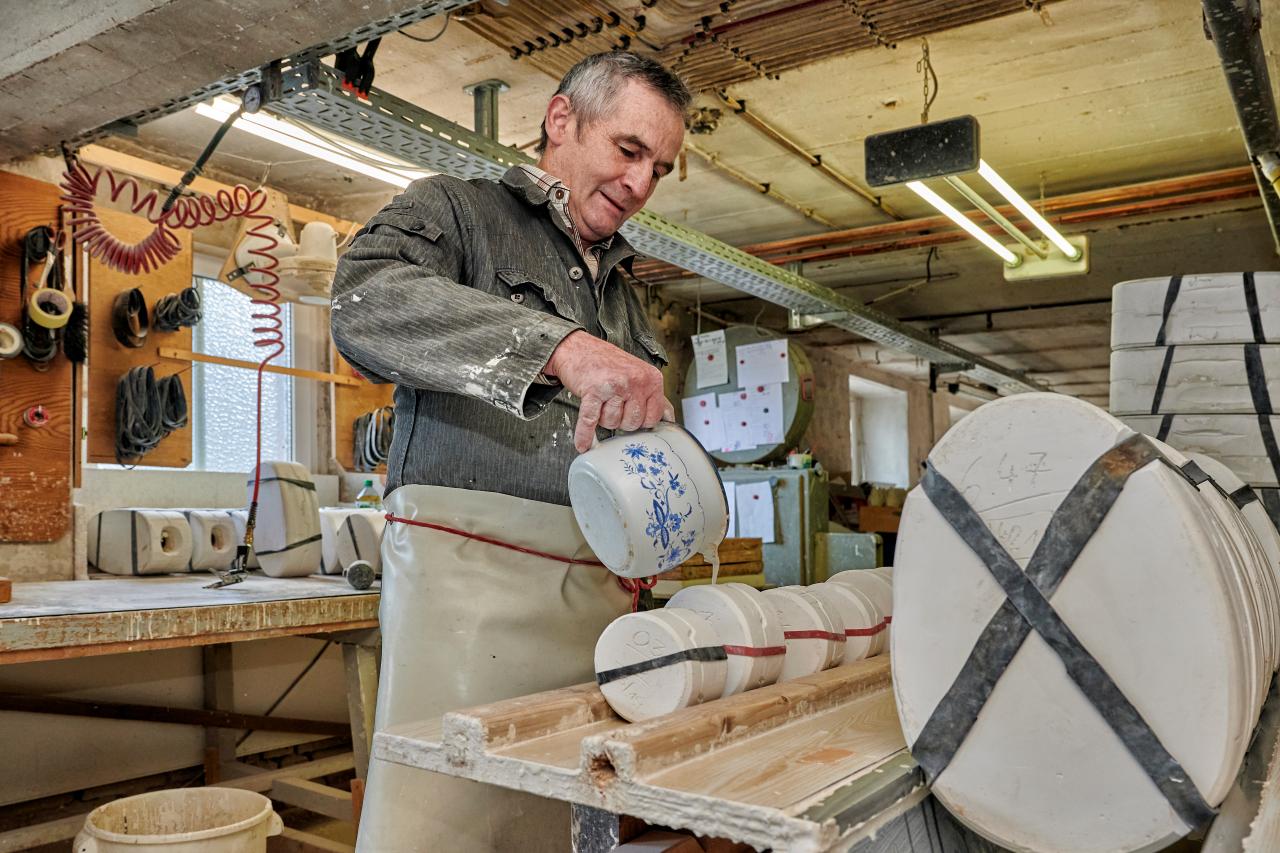 Jochen Coburger carefully pours a pale, viscous mixture into a plaster mould. Once some of it has dried onto the mould he can gently pour the surplus liquid out again and the remaining material inside the mould then undergoes further processing. The end product is a handmade papier mâché figure, based on a one-hundred-year-old recipe for a mixture that its inventor, Richard Mahr, called MAROLIN. The term ‘papier mâché’ is French – it literally means ‘chewed paper’ and covers various compounds containing paper, water, glue and other ingredients. The company founded by Richard Mahr is still a family business, and it uses the same traditional skills to produce figures and ornaments with the flexible material he invented. Most have a Christmas theme, such as nativity figures, Christmas tree decorations, angels and santas.

The papier mâché consists of clay, kaolin (china clay), vegetable glue and paper fibres, but the exact proportions are a closely guarded secret. When the family took ownership of the company again following German reunification, they tried to revive the old craft and replicate the original MAROLIN recipe. But their attempts were unsuccessful, the figures cracked and the revival was on the verge of failure until an accidental discovery in the cellar. The elusive recipe was found ‘hidden’ on the back of a door that had always stood open. At some point, an employee who had been in charge of preparing the mixture had noted down the quantities for all ingredients in great detail.

Many of the moulds into which the mixture is poured are originals dating back to the years around 1900. The company’s founder, Richard Mahr, was a trained model maker and initially designed his own figures. Later he employed model maker Julius Weigelt from Steinach, who was solely responsible for model production from then on. Weigelt decided on a folksy style for the figures’ appearance, as this was very popular in the 1920s. 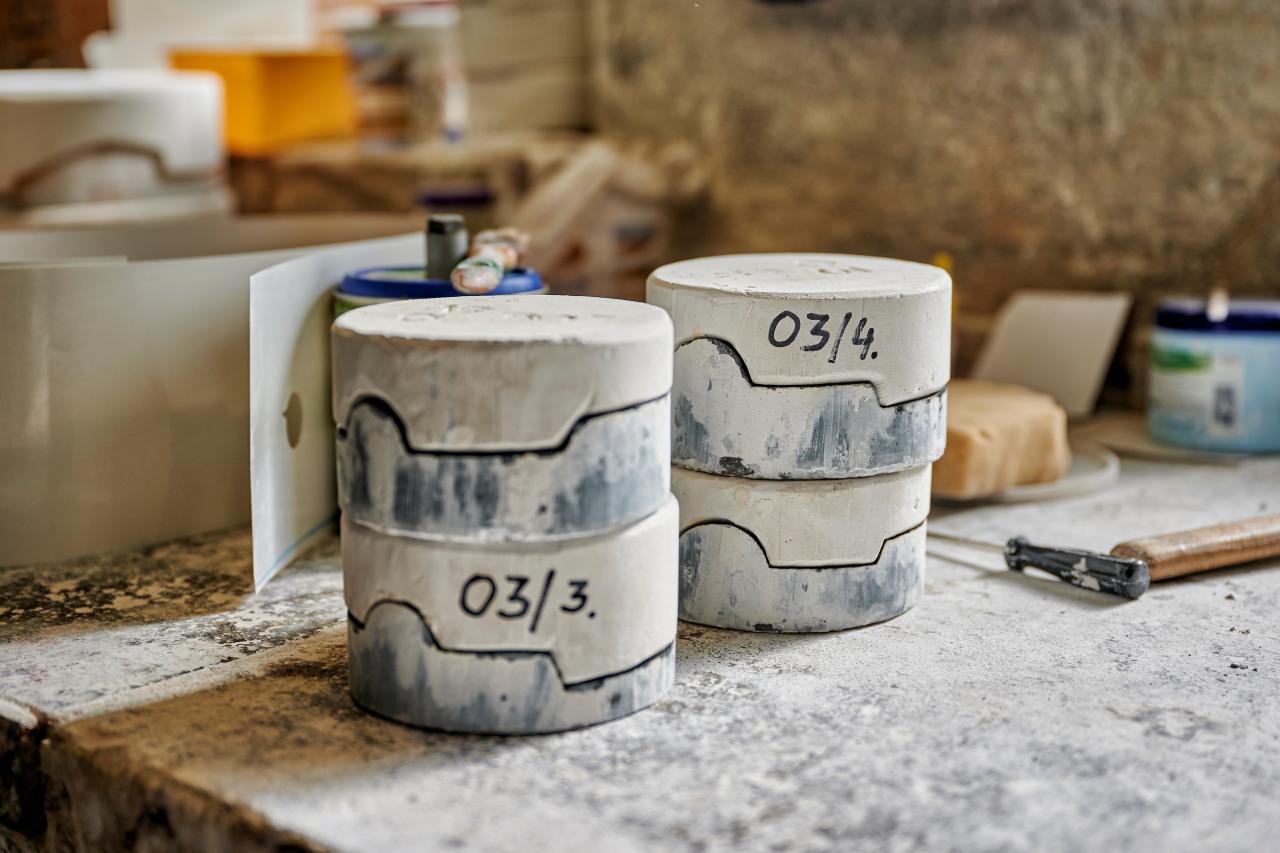 Some of the moulds date back to the early days of the company. ©Florian Trykowski, Thüringer Tourismus GmbH

Then as now, every step of the work is done by hand, from pouring or pressing the mixture into the moulds, sticking on small components, right through to painting and patinating.

During figure casting, plaster moulds are filled with the MAROLIN mixture, which then requires a brief drying period. After any surplus mixture is carefully poured out, the blanks remain in the mould for about six hours before being hardened in the kiln. 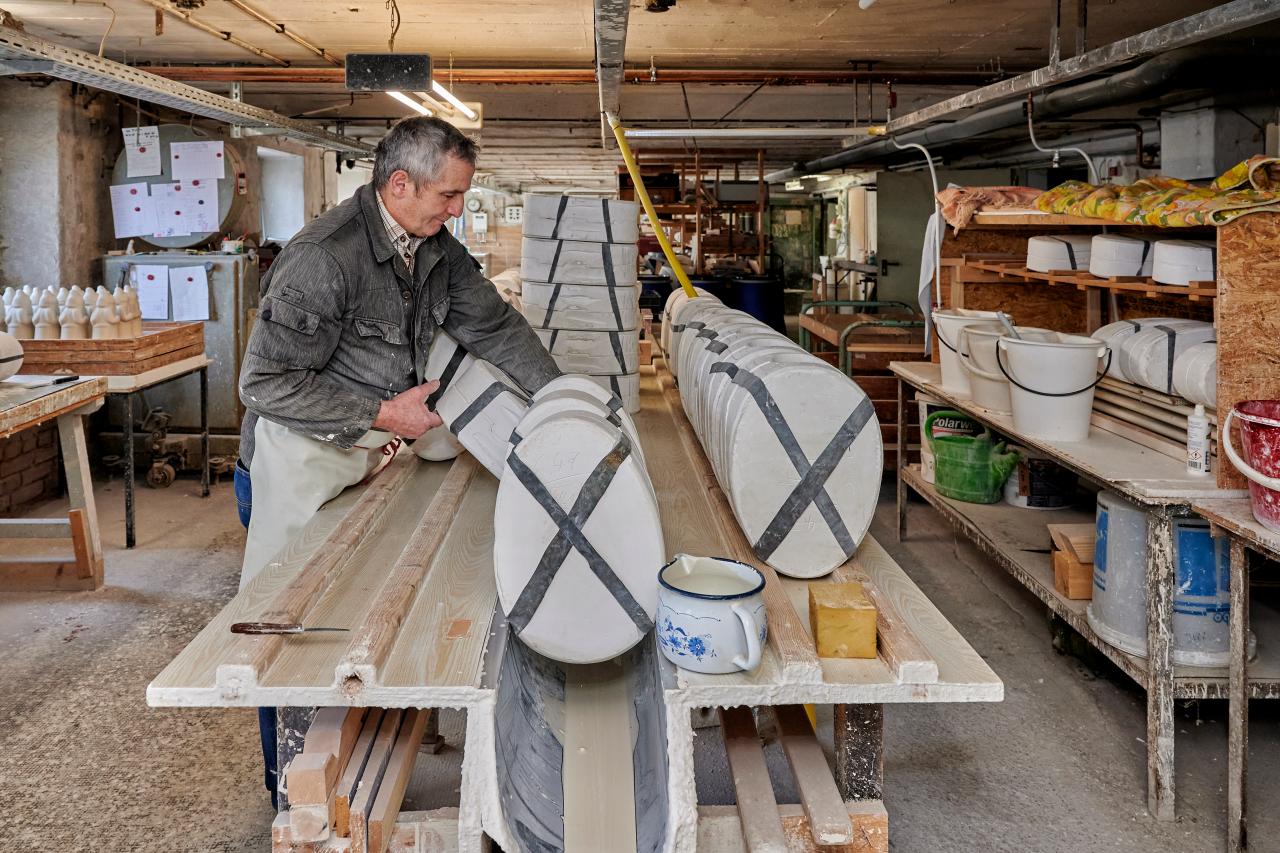 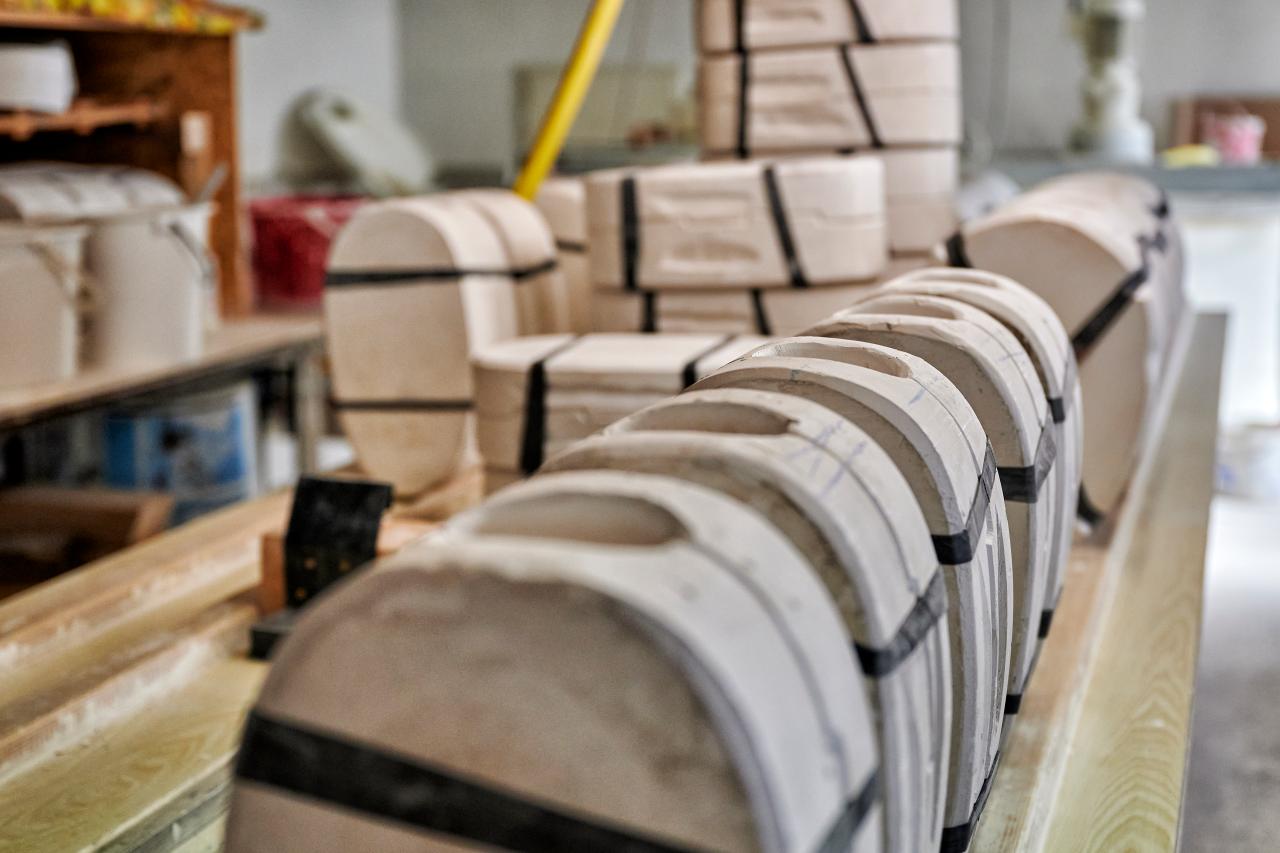 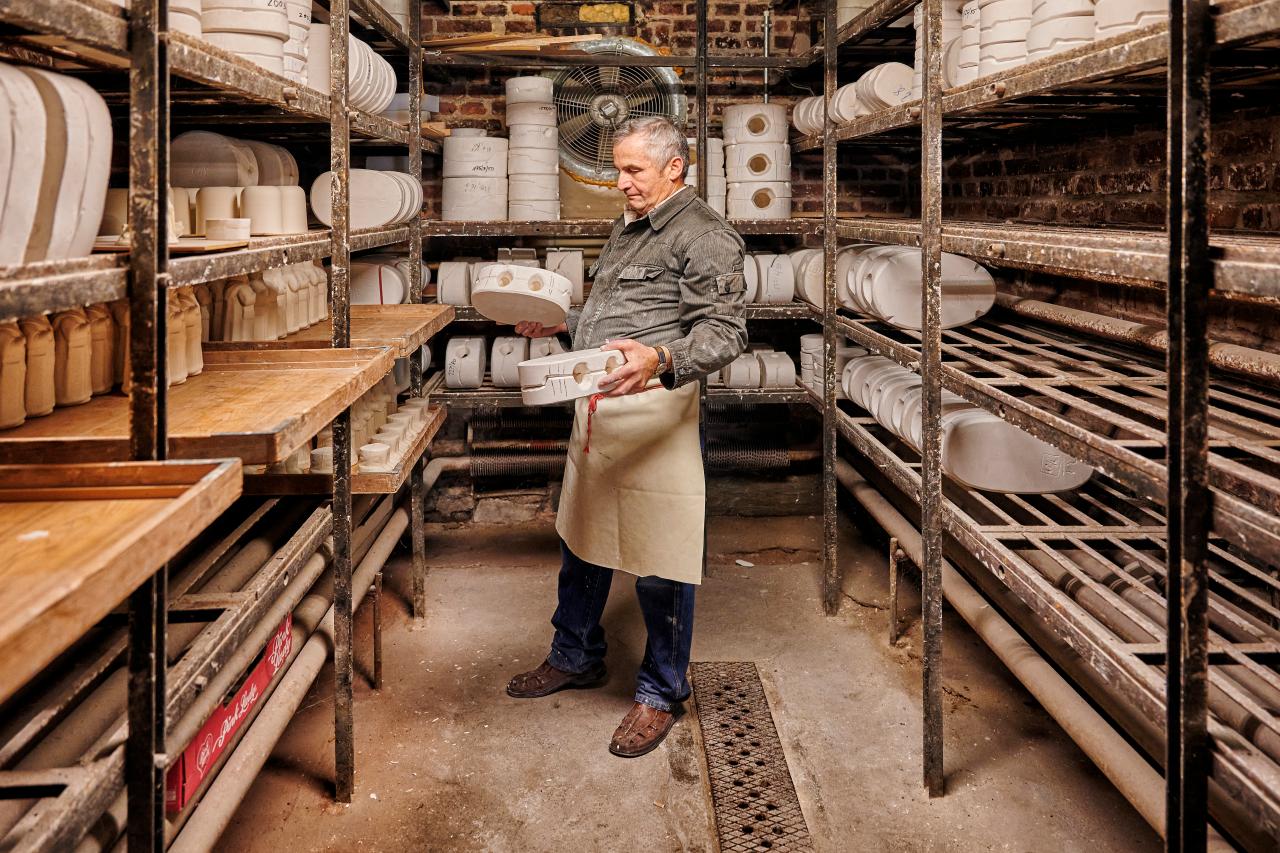 In the kiln, the figures are hardened at about 70° C. ©Florian Trykowski, Thüringer Tourismus GmbH

Small figures or attachments, such as arms, are pressed. This process, known as paper pressing, requires a firmer mixture that can be shaped by hand. It is placed in the mould which is then pressed together. In the old days, a hand-lever press was used for this, today the job is done using hydraulic power instead.

Once the pieces have been deburred, smoothed and polished they are painted. But the characteristic look of MAROLIN figures and parts comes from the patina – also the company’s own recipe. As a finishing touch, delicate gold decorations complete the classy appearance. 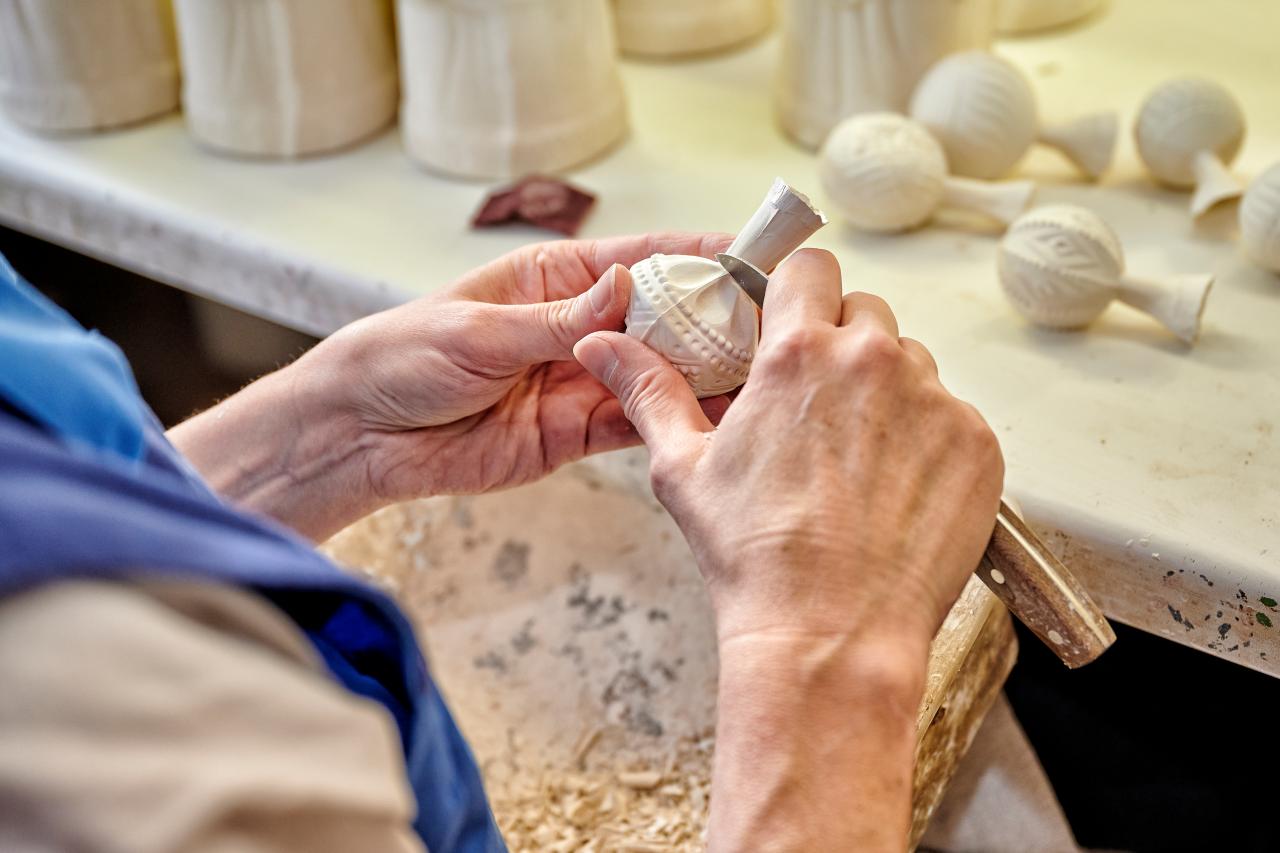 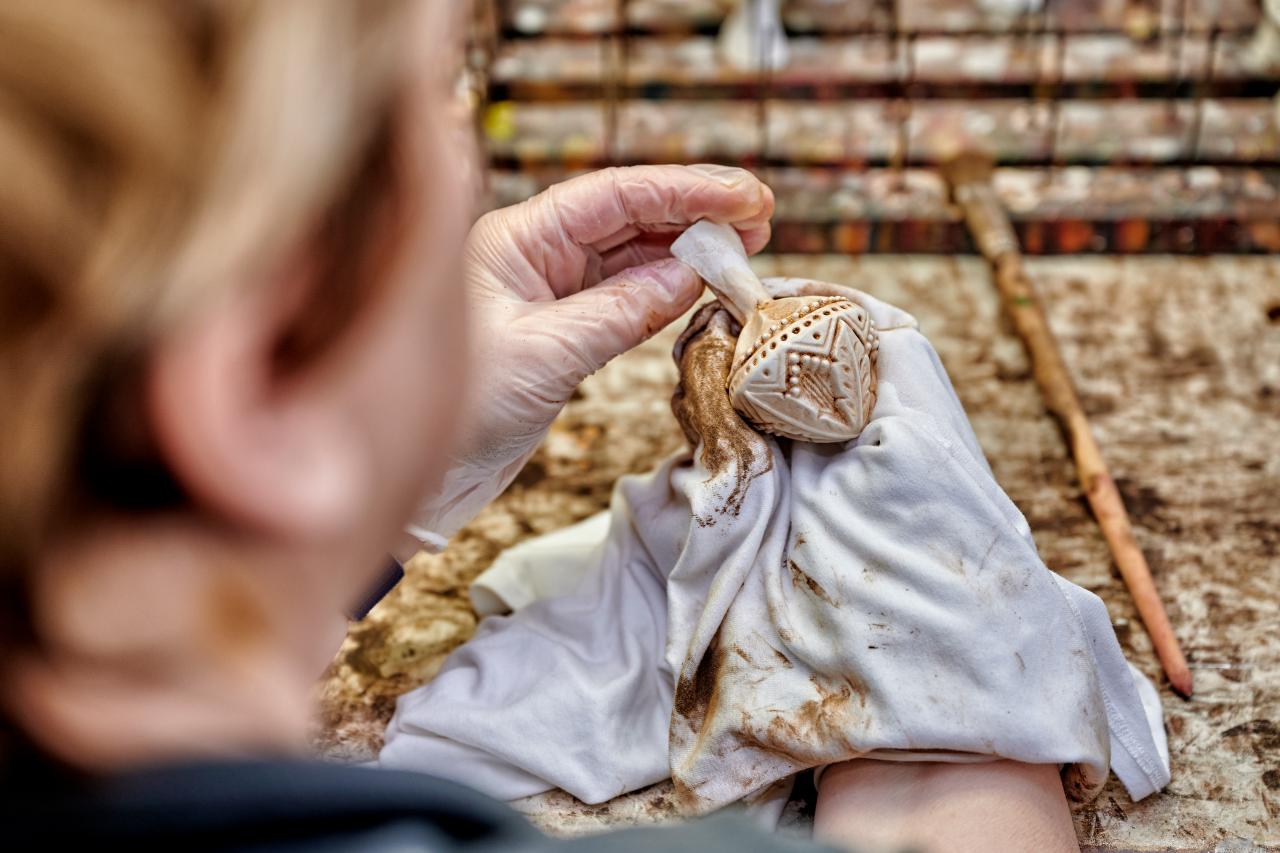 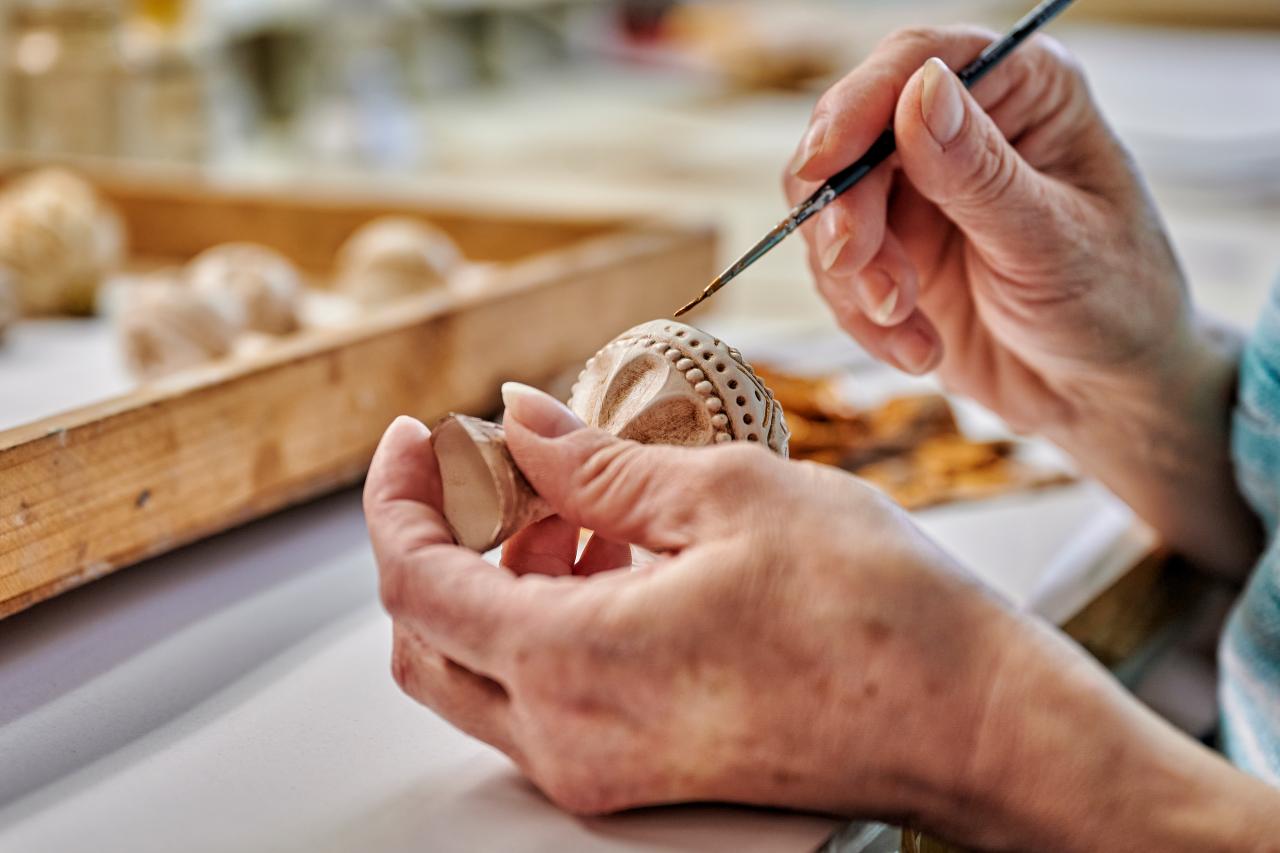 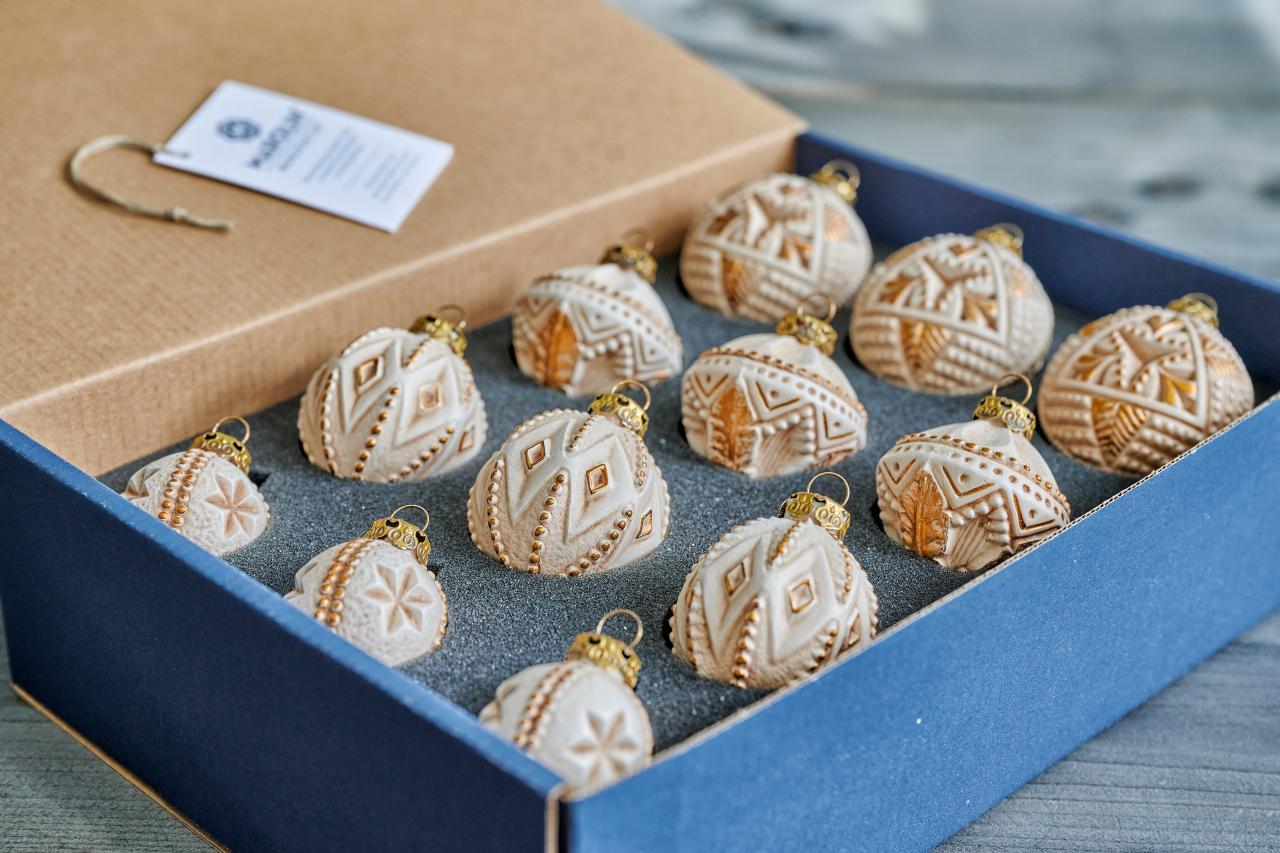 Both the Second World War and the subsequent division of Germany have left their mark. Production ceased, many original moulds were thrown out due to lack of demand, the factory building burned down, and the company was expropriated by the East German regime.

Despite this rather turbulent history, the firm is now back in family ownership. The founder’s great-granddaughter, Evelyn Forkel, is in charge of the business, and her son Christian also works at MAROLIN. 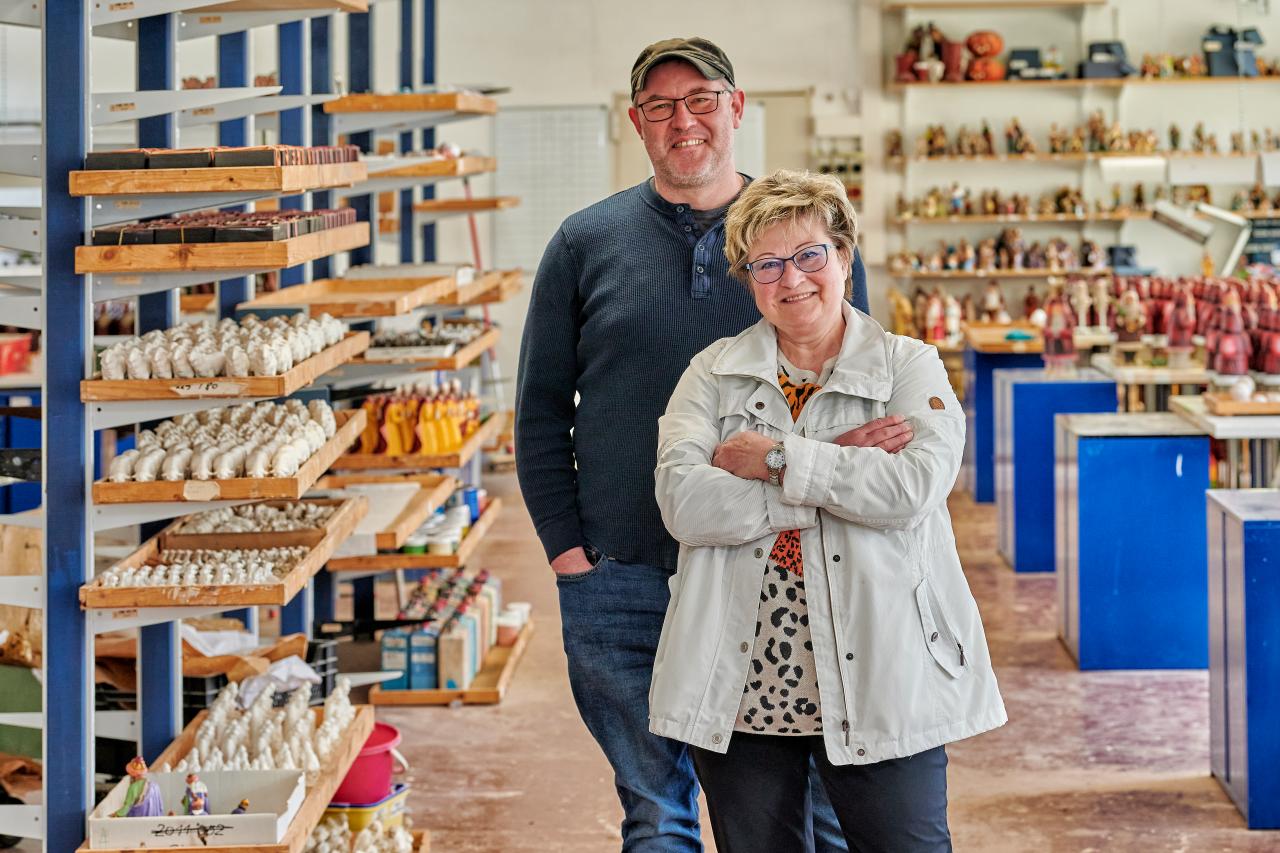 Today, there is plenty of demand for the nostalgic figures and decorations again, and the company’s products are exported around the world. You can even visit the factory, marvel at the huge range of figures on display in the company shop’s Christmas exhibition, and take a few pieces home with you.