Old stories about the Hainich tell of ancient fortified refuges that offered protection inside the deep forest in times of war. Archaeologists have unearthed traces of neolithic settlements. The upland part of the forest is ancient woodland, dating back to the last ice age.

But it wasn’t just ancient history that led to the region achieving world heritage status. There is also the fact that the southern section of the Hainich was a restricted military area from 1935 to 1991, first for the Wehrmacht and later the Soviet army. Although they did clear some spaces, they left large parts of the forest completely untouched. From 1991 onwards, the forest began to slowly reclaim the cleared areas, and its natural growth has continued unhindered ever since. The southern part of the Hainich with its ancient beech forests is now Thuringia’s only national park and has held World Heritage status since 2011.

A walkway through nature 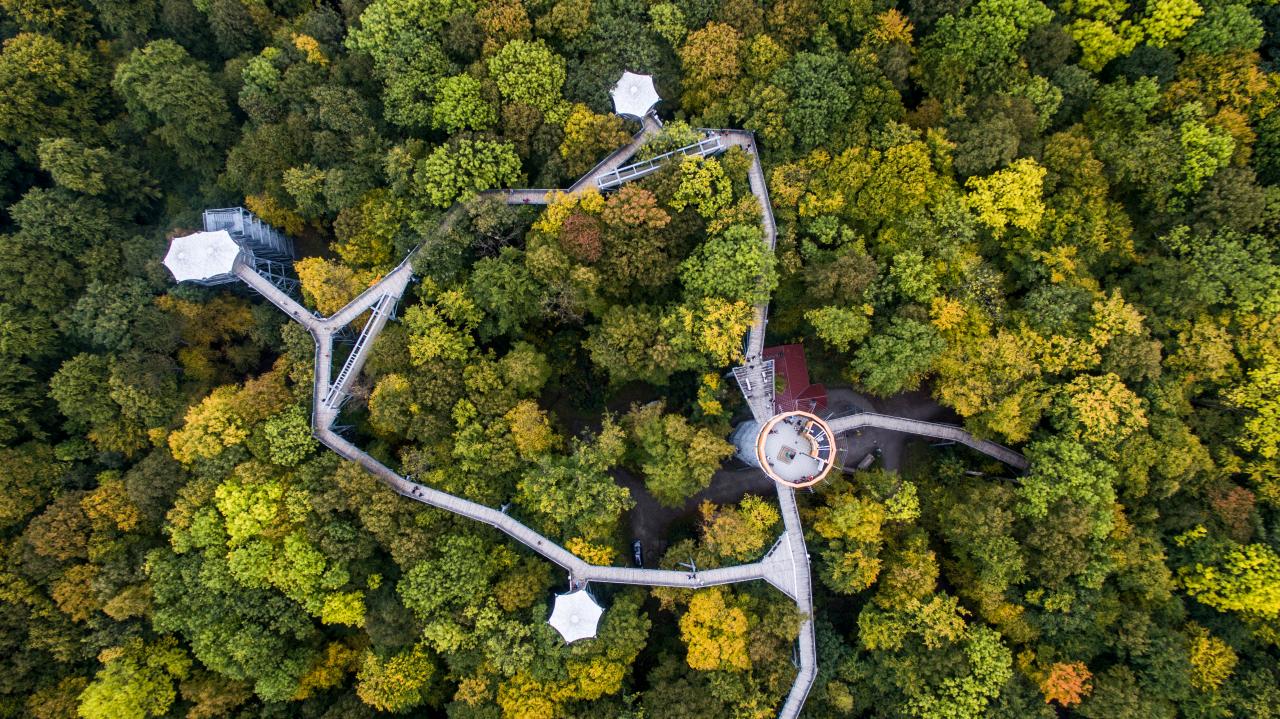 The walk around the treetop trail at Hainich National Park is 540 metres long and takes as much time as you care to spend on it. The trail winds its way through the tops of the tree. At its highest point, a viewing tower, it is about 40 metres above ground, normally very much the realm of the birds. When the wind is up, the giant trees sway gently. It’s not that noticeable on the trail itself, unless you happen to be trying out the rope bridges or the climbing ropes. In addition to the opportunity of testing your own agility and your head for heights you will also gain fascinating insights into a world of bats, woodpeckers, wildcats and Purple Emperors along the way.

A look in the basement

Normally we tend to walk between the trees on the forest floor. But in the Hainich National Park we can also explore the level below that. 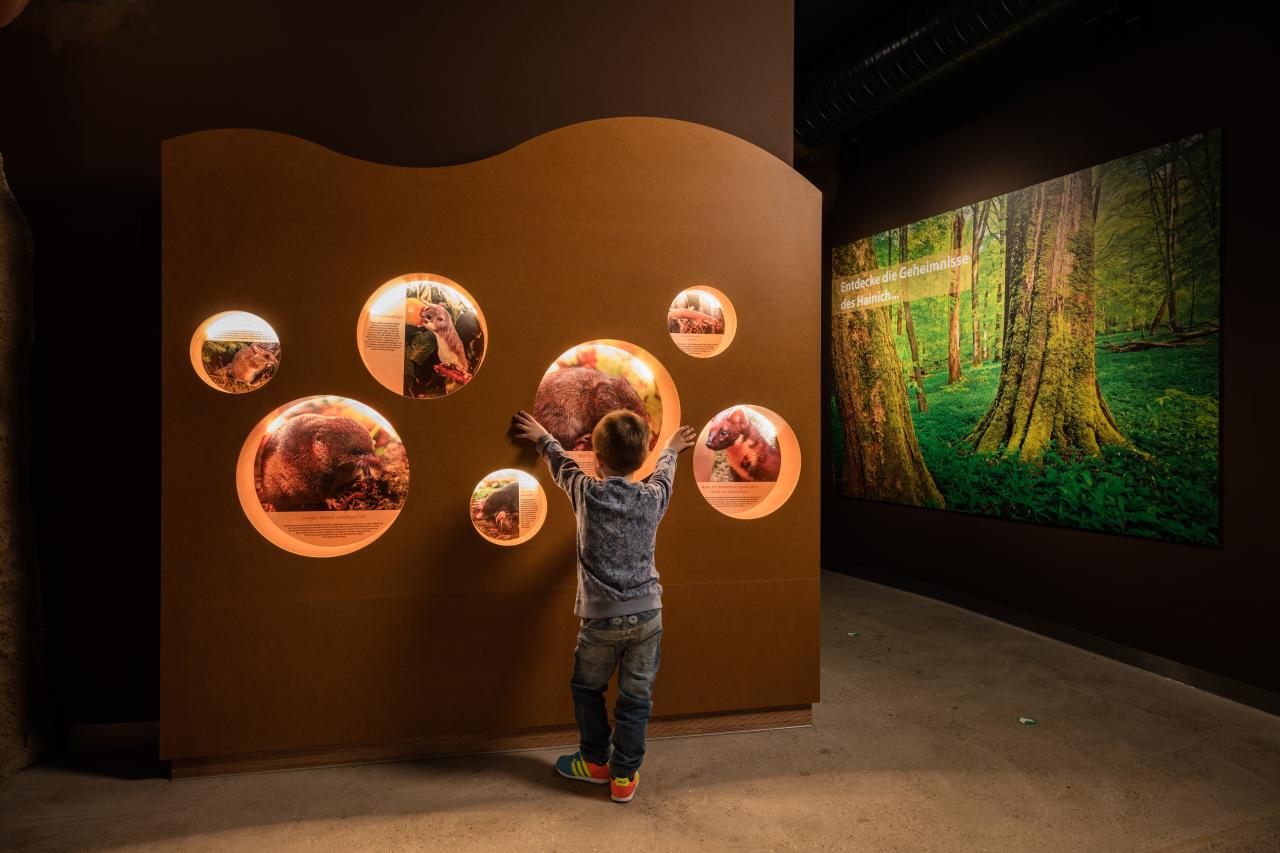 There’s lots to see in the Root Cave at the National Park Centre. We encounter springtails, coneheads, wheel animals, roundworms and other lifeforms that we wouldn’t normally notice. But they do very important work. A whole army of these creepy crawlies takes care of the organic waste that accumulates in the forest, turning fallen leaves into humus that’s rich in nutrients. Trees exchange water, nutrients and also information! Beeches form partnerships with mycelia, or fungal networks, that sustain both of them. The forest floor is a perpetual building site, where material is broken down, transformed and recreated around the clock. It is a habitat tremendously rich in species, with a gene pool whose biodiversity has still not been completely scientifically documented.

Where the wildcats are

The Hütscheroda wildcat village is home to Carlo, Toco, Franz and Emil, four representatives of the European wildcat species. Normally it’s not easy to catch a glimpse of this elusive forest dweller, so this is a welcome opportunity. The four males live in spacious, natural enclosures. You might say they are ambassadors for their relatives in the forest. 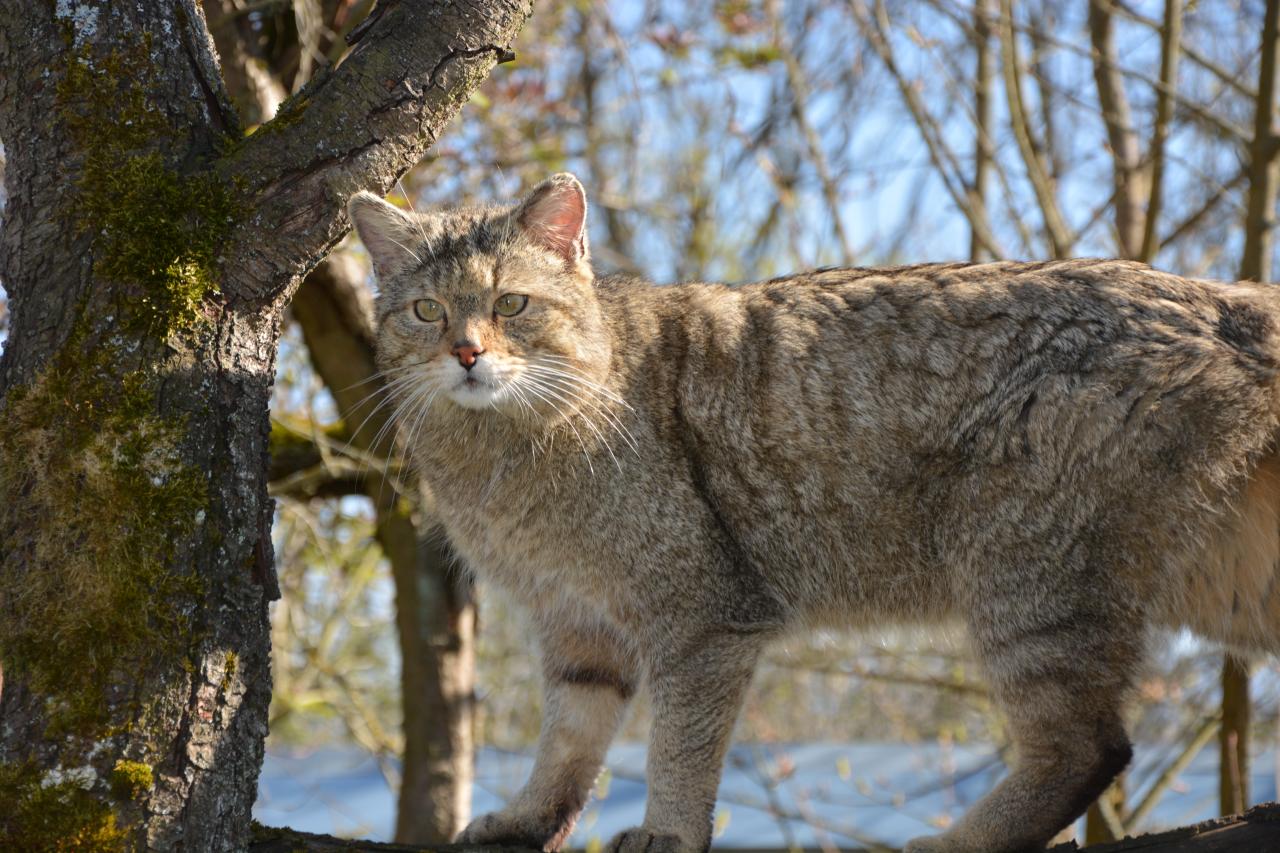 The wildcat village is not a zoo for native wildlife. It is an information centre that raises awareness of the endangered wildcat and provides information about measures for its protection. Friends of the Earth Germany has developed a plan to save the animal with its ‘wildcat safety net’ project. It is campaigning for corridors and ‘green bridges’ to link forests, which would allow wild animals to once again roam over large distances and expand the gene pool, as well as reintroducing the wildcats to areas where they have become extinct. In the Hainich, this has worked well.

So Carlo, Toco, Franz and Emil are on a mission. And they’ve recently been joined by a lynx couple, Kaja and Looki, to keep them company. They also like to live where the wildcats are.

Always on the right track 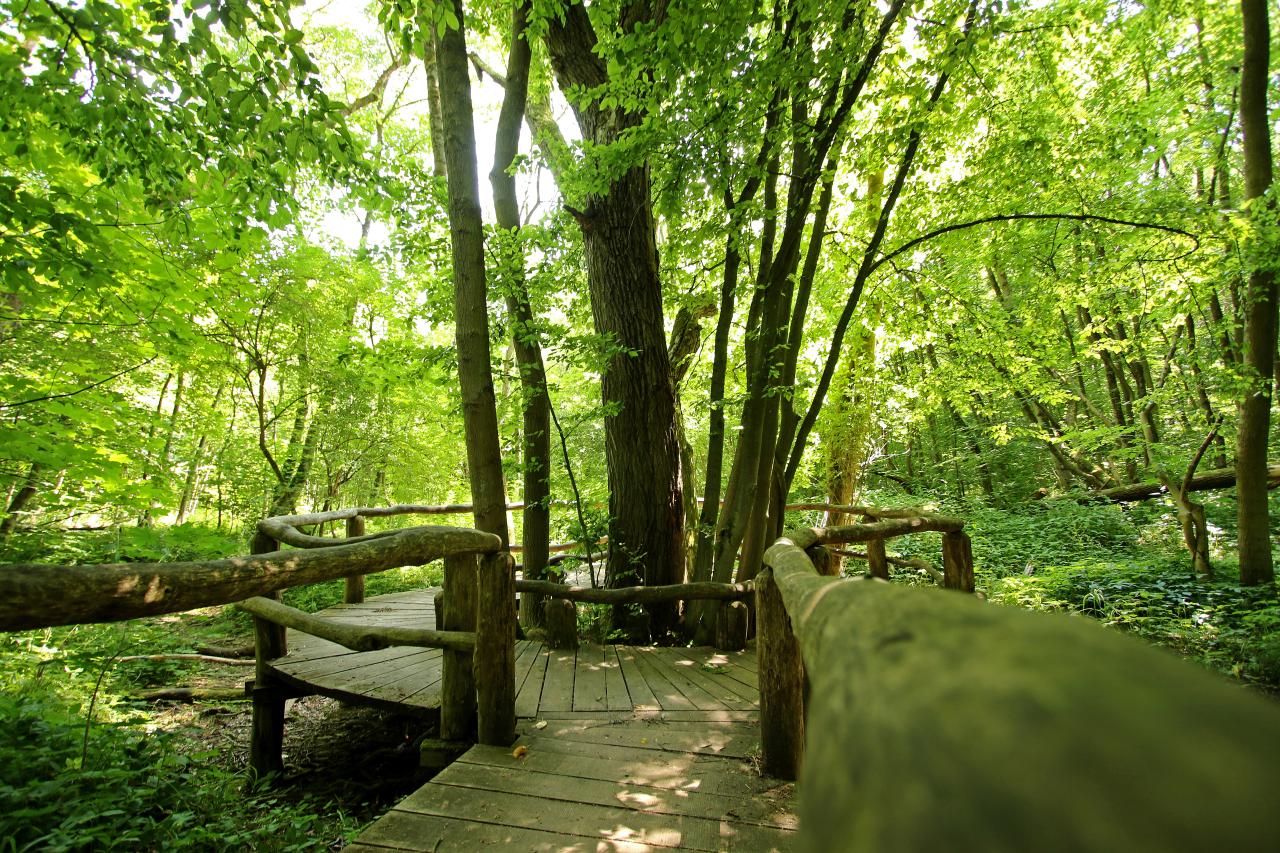 Although the Hainich National Park is a primeval forest that doesn’t mean you need a machete to fight your way through it. There are a number of well-signposted trails available. All you need are some stout walking shoes or a bicycle. You could start with one of the many circular walks. The Hünenteich Trail comes complete with a frog choir. Other options available include looking for traces of Germanic settlements, stalking wildcats or marvelling at the ancient ‘Betteleiche’ oak.

If you prefer to explore the great outdoors on a bike, then the national park cycle routes offer you plenty of options. Starting in the Werra Valley, the Yellow Route leads right across Hainichwald forest from west to east until it reaches the Gartenstadt district of Bad Langensalza. The Red Route runs north to south, through historical Mühlhausen right into the heart of the forest, to the geographical centre of Germany.