A symphony with tractors

The Stelzen Festival (stilt festival), held in the far south-east of Thuringia, may well be the quirkiest music festival in Germany. Every year, the latest version of the ‘agricultural machinery symphony’ kicks off a whole weekend of music interspersed with a generous helping of humour.

We should have spotted it earlier, as soon as we entered the festival barn: there, suspended from the ceiling in the middle of the huge space, is a milking machine that looks like a colossal chandelier. But the enormous contraption only lights up now, once two butterfly people on tall stilts have strutted gracefully down the aisle, accompanied by the strains of a saxophone. Suddenly the milking machine begins to flash and to move up and down, its milking gear swaying and rattling above the heads of the audience. It no longer looks like a chandelier, but rather like a giant remote-controlled octopus. A murmur goes through the barn, even though many here are likely to be familiar with this pretty unconventional instrument. It has been part of the orchestra that launches the Stelzen Festival in eastern Thuringia for many years now. 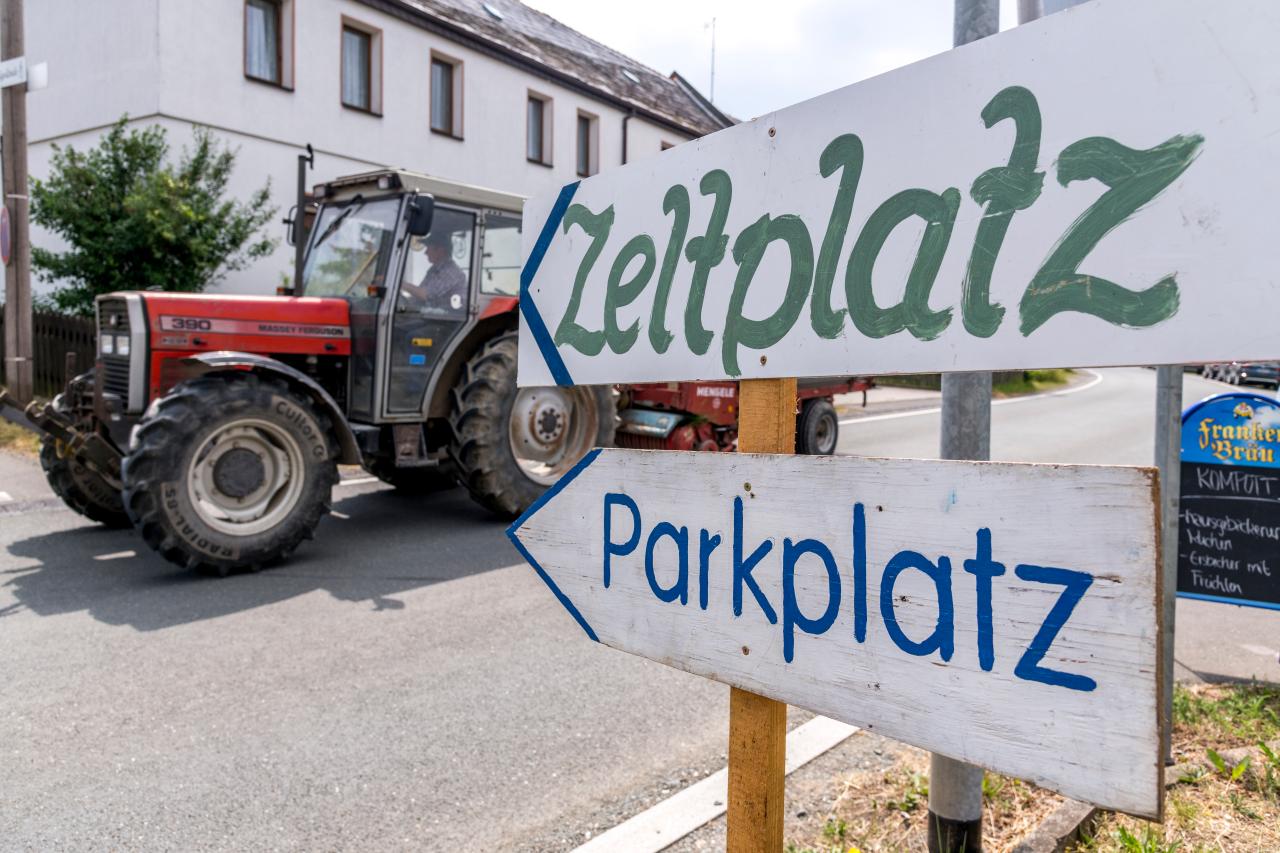 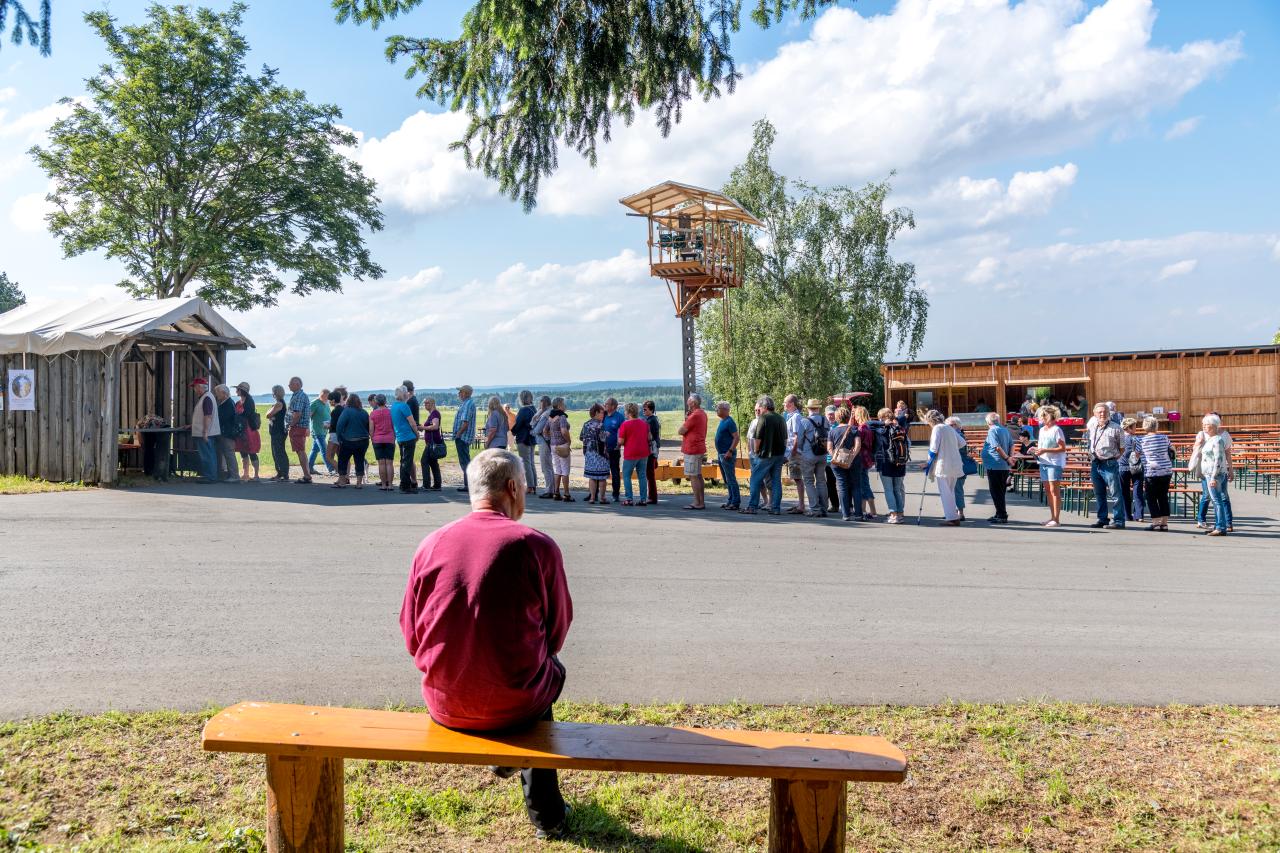 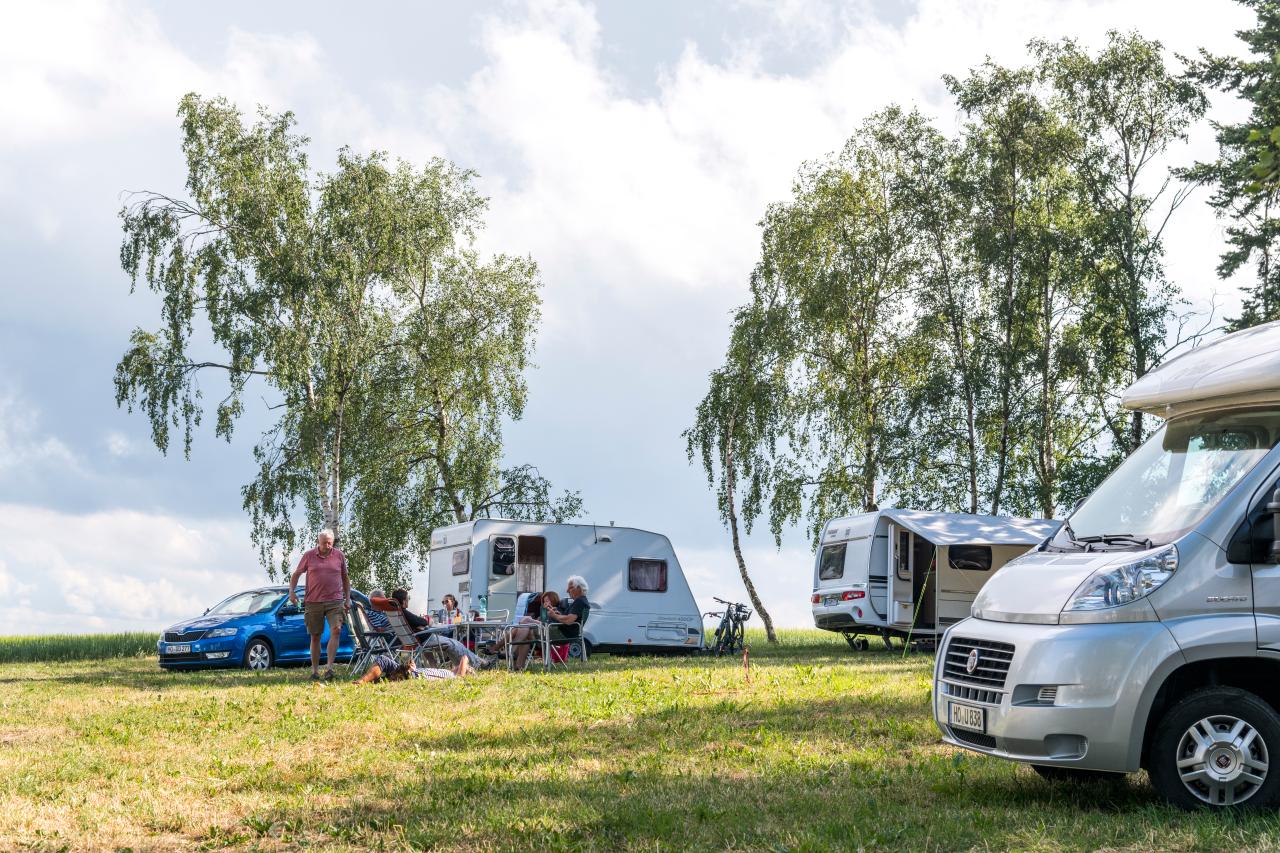 The Stelzen Festival is held in the middle of the countryside ©Gregor Lengler, Thüringer Tourismus GmbH

The event has many regulars. Most arrive by Friday lunchtime, get André to assign them a space for their tent, caravan or camper van in the large field behind the festival barn, and then collect their tickets from Karola at the box office tent. It’s best to queue in pairs, as the line gets pretty long – that way one person can wander off to fetch some Thuringian bratwurst, or sandwiches from the local baker’s stall. Half the village comes to lend a hand at the Stelzen bei Reuth Festival. Although strictly speaking Reuth is just a neighbouring village of Stelzen, they tend to emphasise the ‘bei Reuth’ part of the ‘official’ name, in a rather cheeky reference to the much more famous festival in Bayreuth. 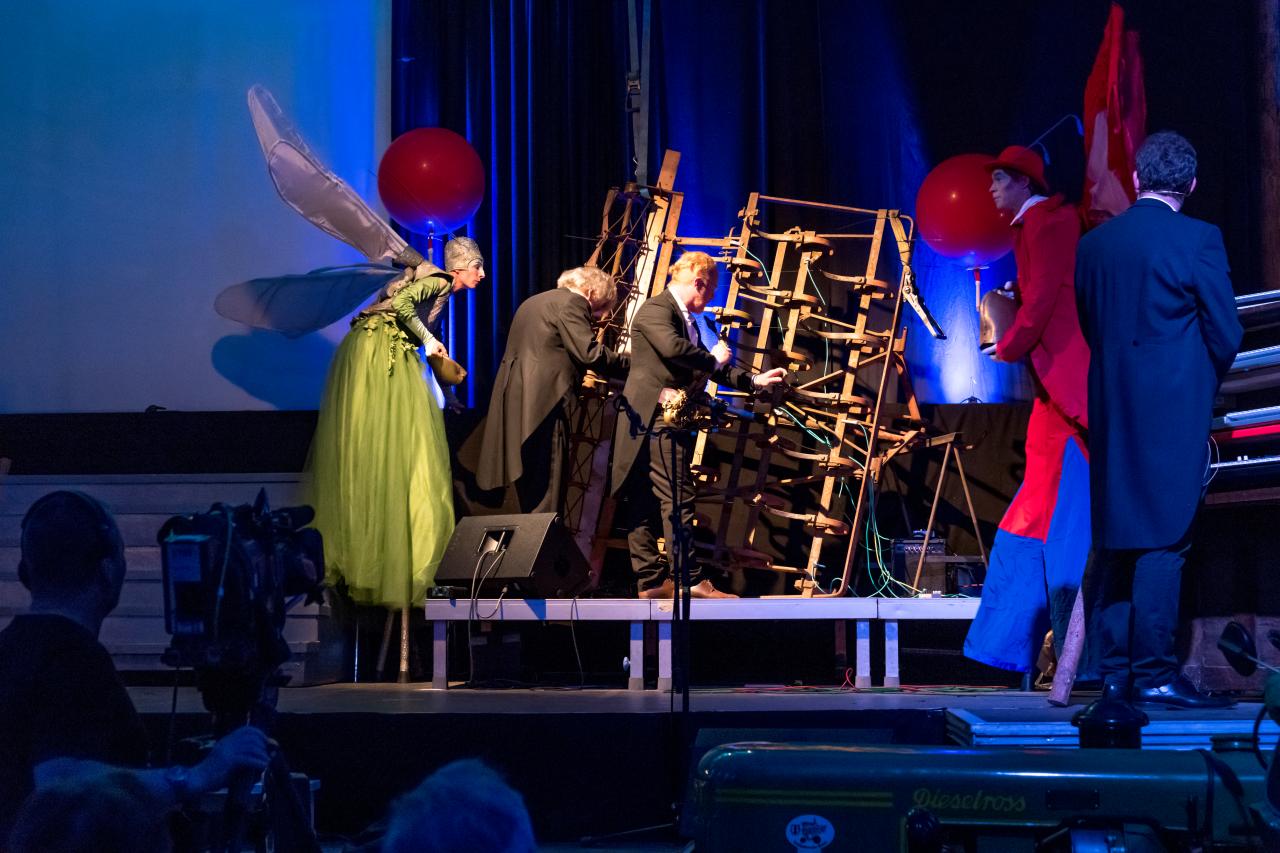 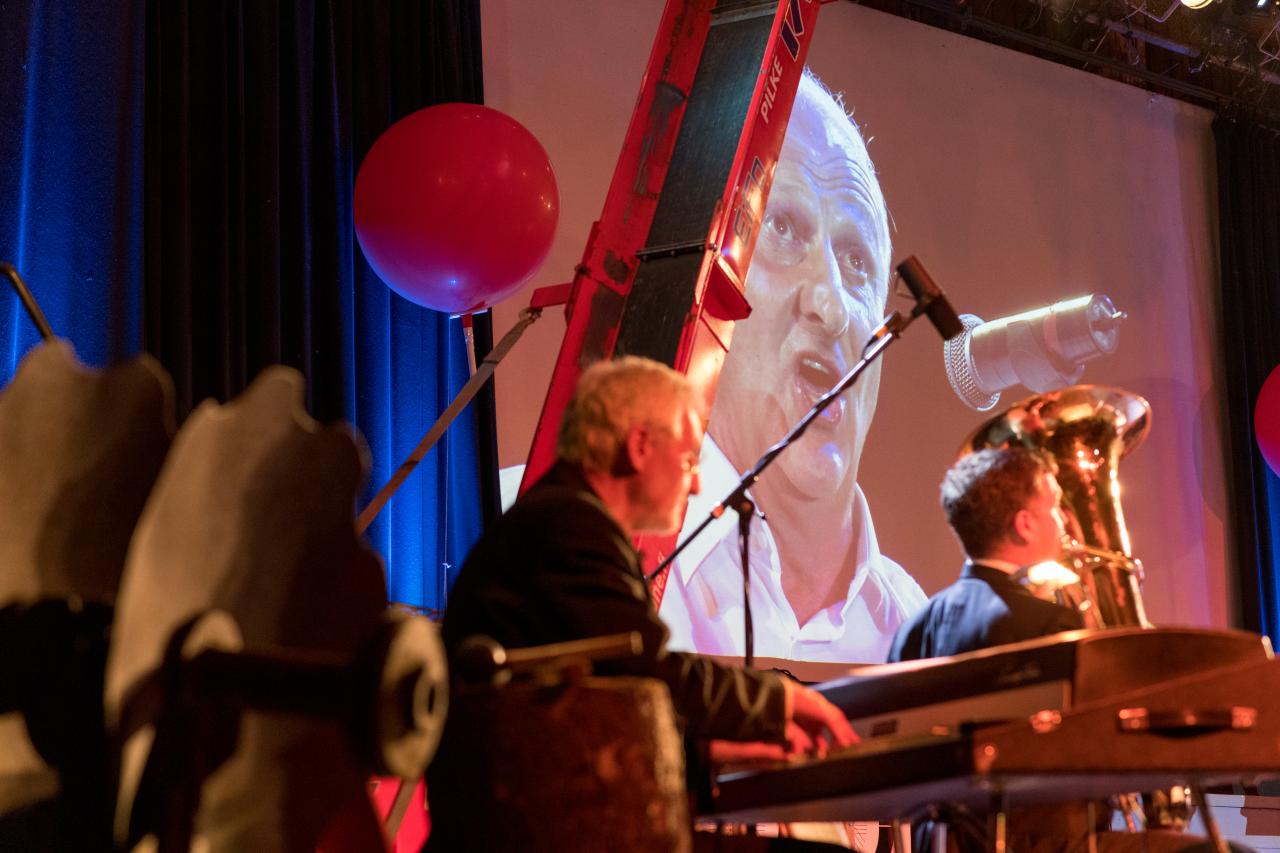 This crossover music weekend has been running for 27 years now, during which time it has gained a true cult following, primarily among the over-forties. People know each other, this is their big meetup, they have picnics, form their own little enclaves in the festival field – and they all watch concerts together until Sunday night. The festival barn on the hill above Stelzen and the village church below provide the venues for musical performances and guest appearances, featuring everything from jazz, traditional German music and utterly offbeat pieces to more conventional classical music, with some works more tongue in cheek than others. Which doesn’t mean to suggest that the artists involved aren’t proper professionals.

The festival was founded by Henry Schneider from Zeulenroda-Triebes, who plays viola in Leipzig’s Gewandhaus Orchestra. Sporting a tailcoat and a shock of long, grey hair, he makes an entertaining compère for the agricultural machinery symphony, and he also joins in with most of the acts. The symphony itself is a medley of individual pieces featuring not only musicians from the Gewandhaus Orchestra, but also tractors, ploughs, milking machines, a slurry organ and many other weird and wonderful contraptions. Now and again, Henry, as he’s known to everyone here, has to cover for the odd small, endearing mishap. But perhaps some of those are scripted too, who can say. Experimentation is part and parcel of the symphony, as is the eclectic mix of styles. 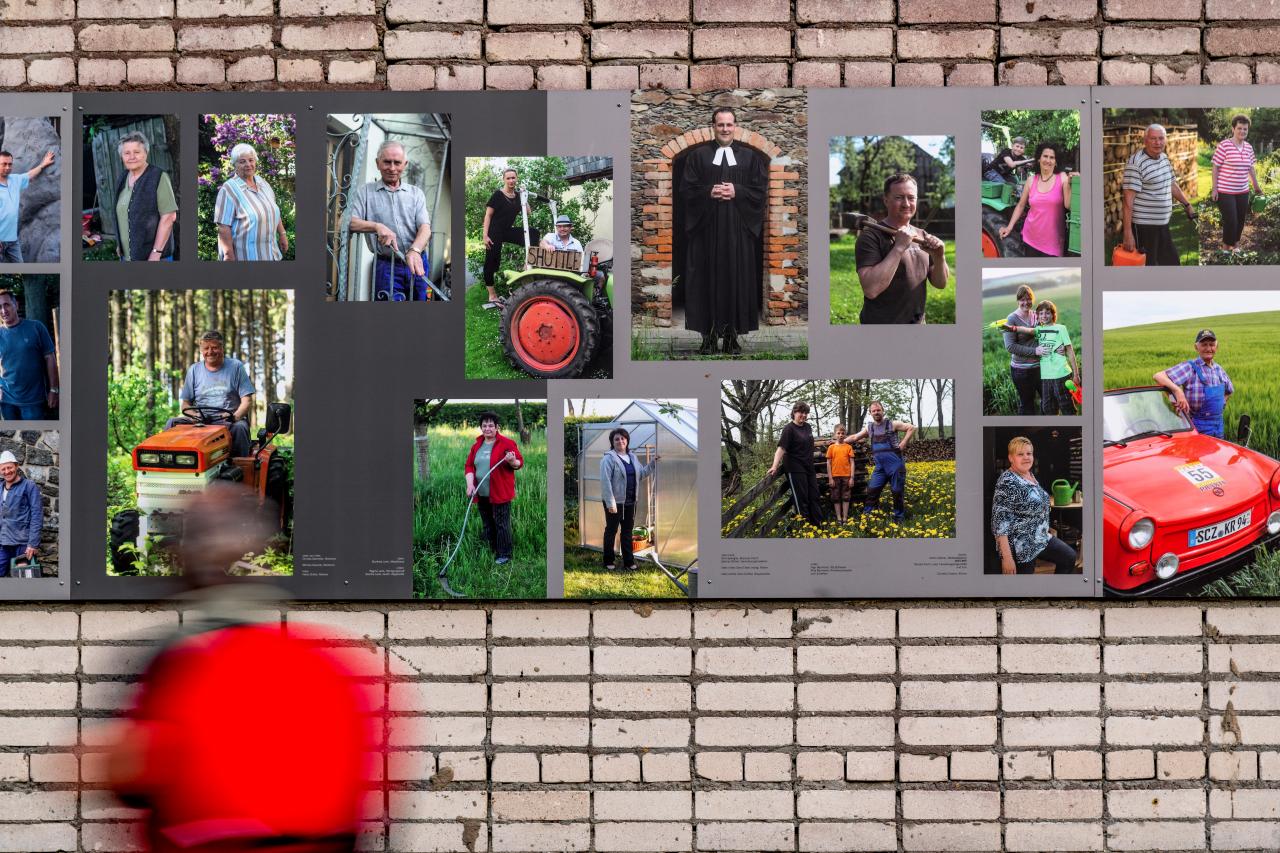 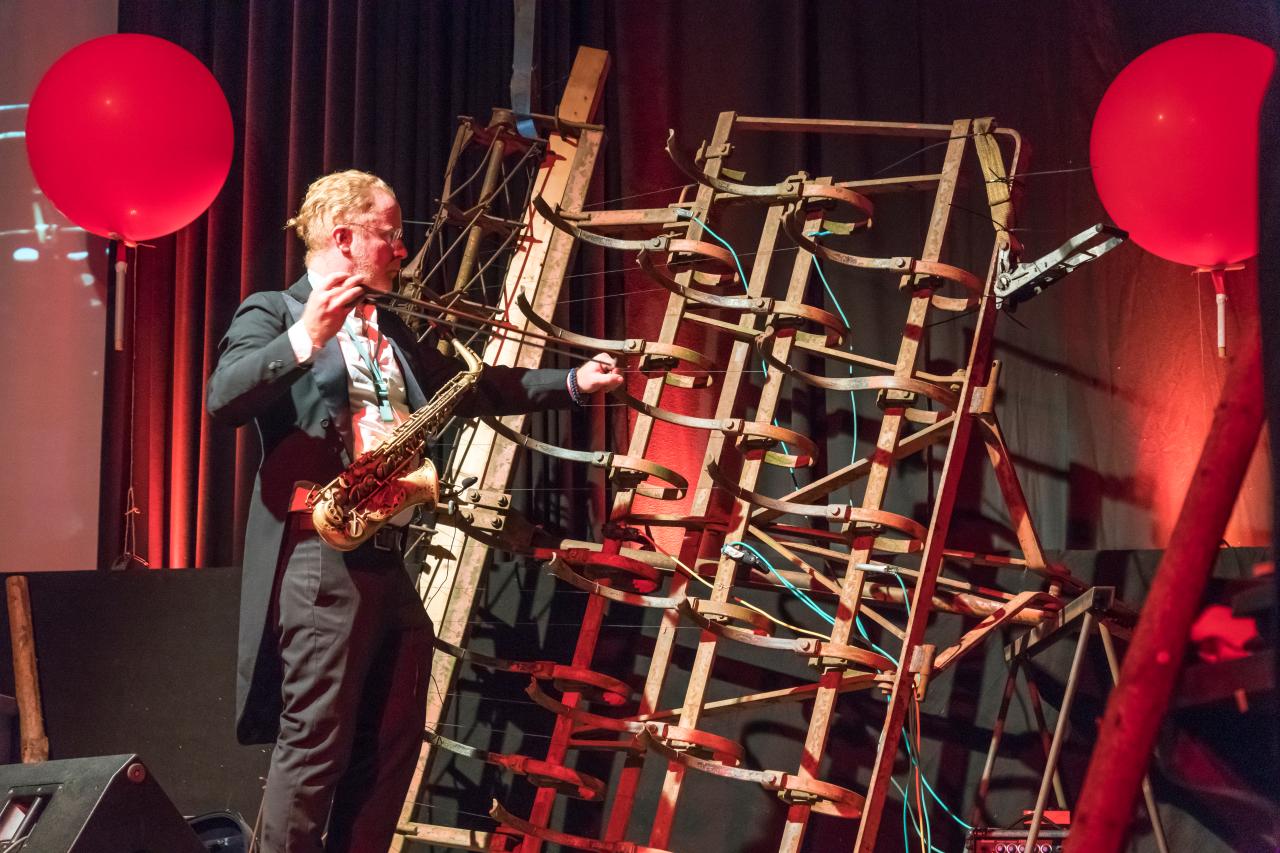 Right now, a saxophone is playing – accompanied by the chugging of a tractor engine. No, seriously. Hayden Chisholm from New Zealand ‘conducts’ the tractor by giving the man behind the wheel instructions using hand signals. The tractor’s sound gets louder, then softer, repeats and then gently fades away. A breathless hush falls over the barn during the impressive piece, which runs the gamut from romantic to melancholic. These days, the agricultural machinery symphony is so successful it has to be performed twice. The early evening performance is full, but the one later that night is even fuller. The barn can accommodate around 1,000 people.

Whatever the musicians in Stelzen come up with is most definitely worth seeing – and hearing. Be it drumming on agricultural implements or shovelling gravel back and forth on stage, the whining of the slurry organ or someone playing a saw with a violin bow. Somewhere in between all that, car mechanic Gerald Kaiser from the Vogtland region, who taught himself to sing, is belting out arias from Italian operas with such feeling it almost brings tears to your eyes. He does it just because he can. And everyone loves him for it. This festival wouldn’t be half as good without the people from the region. 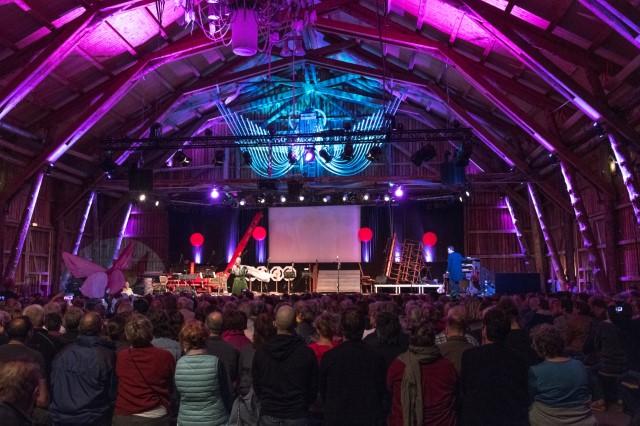 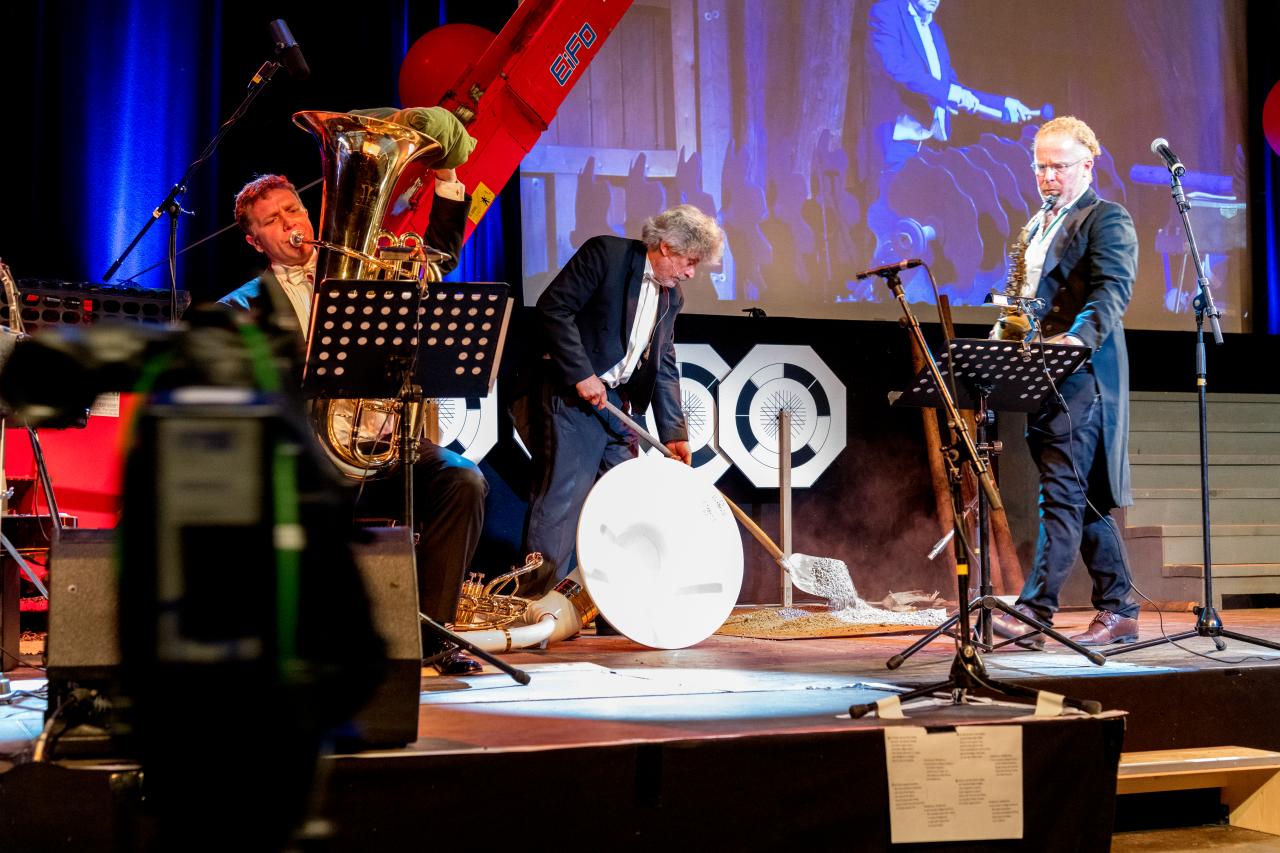 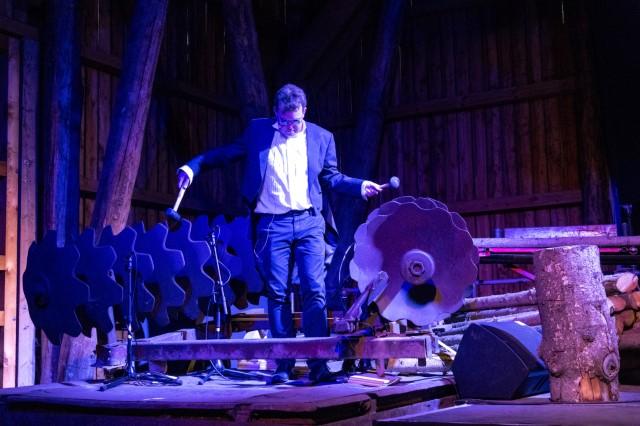 And it also wouldn’t be the same without all the rituals and traditions that go with it: the festival-goers camping out, the food stalls, the beautiful panoramic views across the Vogtland region and the accompanying exhibitions. One firm fixture on the annual programme is the Friday night fireworks display, where everyone gathers after the second performance of the agricultural machinery symphony. But Stelzen wouldn’t be Stelzen if this event was listed merely as ‘fireworks’. No, at midnight, according to the official programme, there’s a performance of the ‘chief blaster’s night-time serenade’ on the hill.

But we’re not quite there yet. The symphony has got pretty lively again now, and it’s time for the final choir. Just before, a few of the participants were wantonly scraping their violins as if they were circular saws. Now a group of hikers is giving their all as they’re performing the well-known German folk song ‘Waldeslust’. Clad in traditional outfits, the choir is increasingly drowned out by all manner of noises associated with modern civilisation, as well as a machine that is chopping and spewing out wooden logs live on stage. Henry Schneider is right in the thick of it all, as usual, playing his viola and launching helium balloons. The slurry organ is glowing. And the milking machine rattles one final time. That was probably inevitable. A humorous yet critical conclusion to a pretty exuberant evening. Time to link arms and sway along to the music.