Tales from another world

If you think the days when making a wish used to work have long since gone, think again! Deep down below a mountain in Thuringia you can still find magical beings who will take you on a journey to a world where dreams come true.

Somewhere in the distance water is quietly dripping, the air is cool and has a slight metallic smell. Faint light glitters on the walls, and small, giggling figures in brown, red and green pointed hats and capes zip around the dark passages. Other, larger creatures in flowing coats follow the rowdy clatter. Every now and again, someone whispers “Watch out!”, and the large creatures duck a little lower.

What is going on here? Is this a dwarf convention? The giants vs. imps Olympics? Snow White and the 7 dwarfs? Well, none of those, even though it might look like it: we are in the Saalfeld Fairy Grottoes, dubbed the most colourful cave grottoes in the world by the Guinness Book of Records.

Parents and children in brown and green capes are exploring this disused mine, which once bore the name ‘Jeremiah’s fortune’. Water is constantly dripping from the ceiling, and the mineral-rich water would stain clothes – hence the hooded capes. The warnings are absolutely necessary too, as it is easy to bang your head on the low ceilings, especially if you’re tall. Not a problem for the kids, of course – they are far more interested in the colourful grottoes with their countless stalactites, and in making another wish at the Feenbrunnen spring. And in asking whether they might spot a fairy around the next corner, or at least around the one after that. 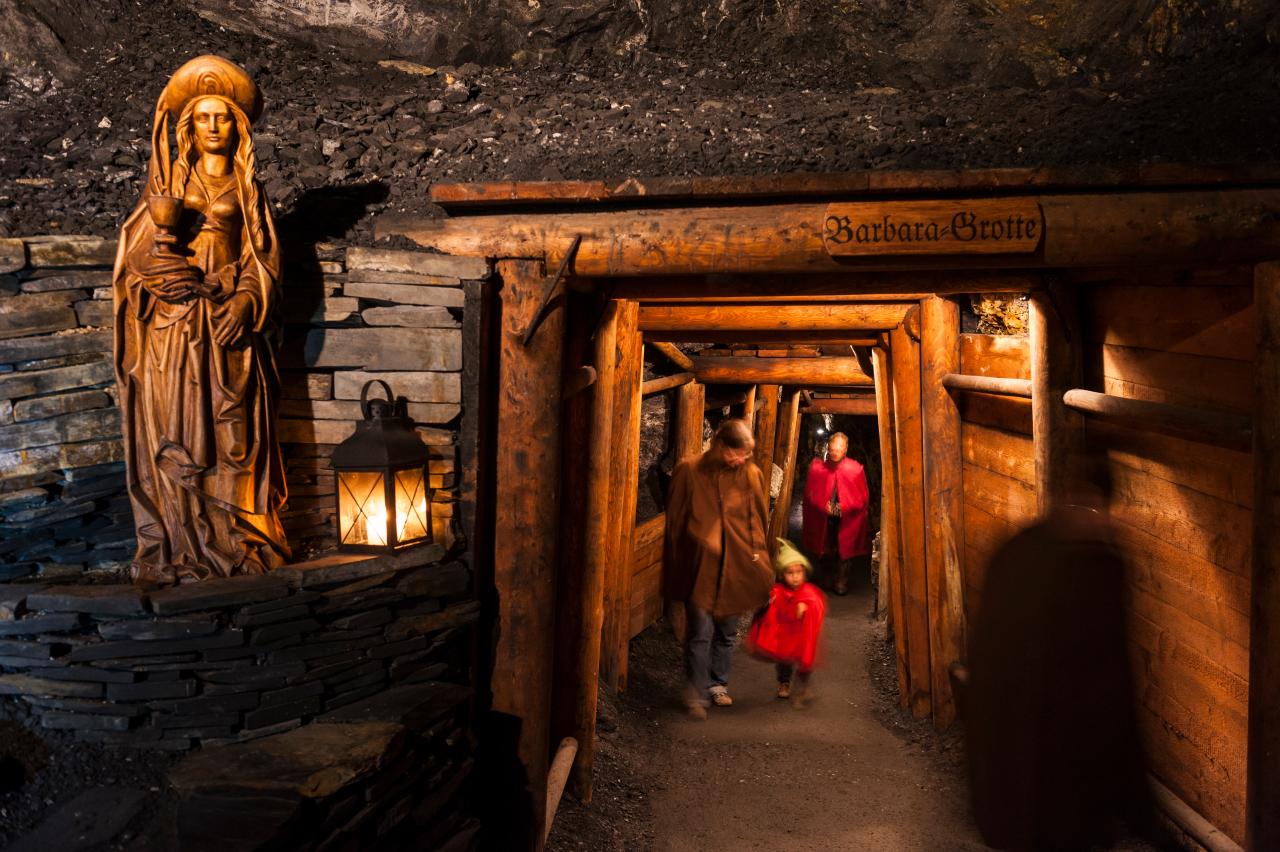 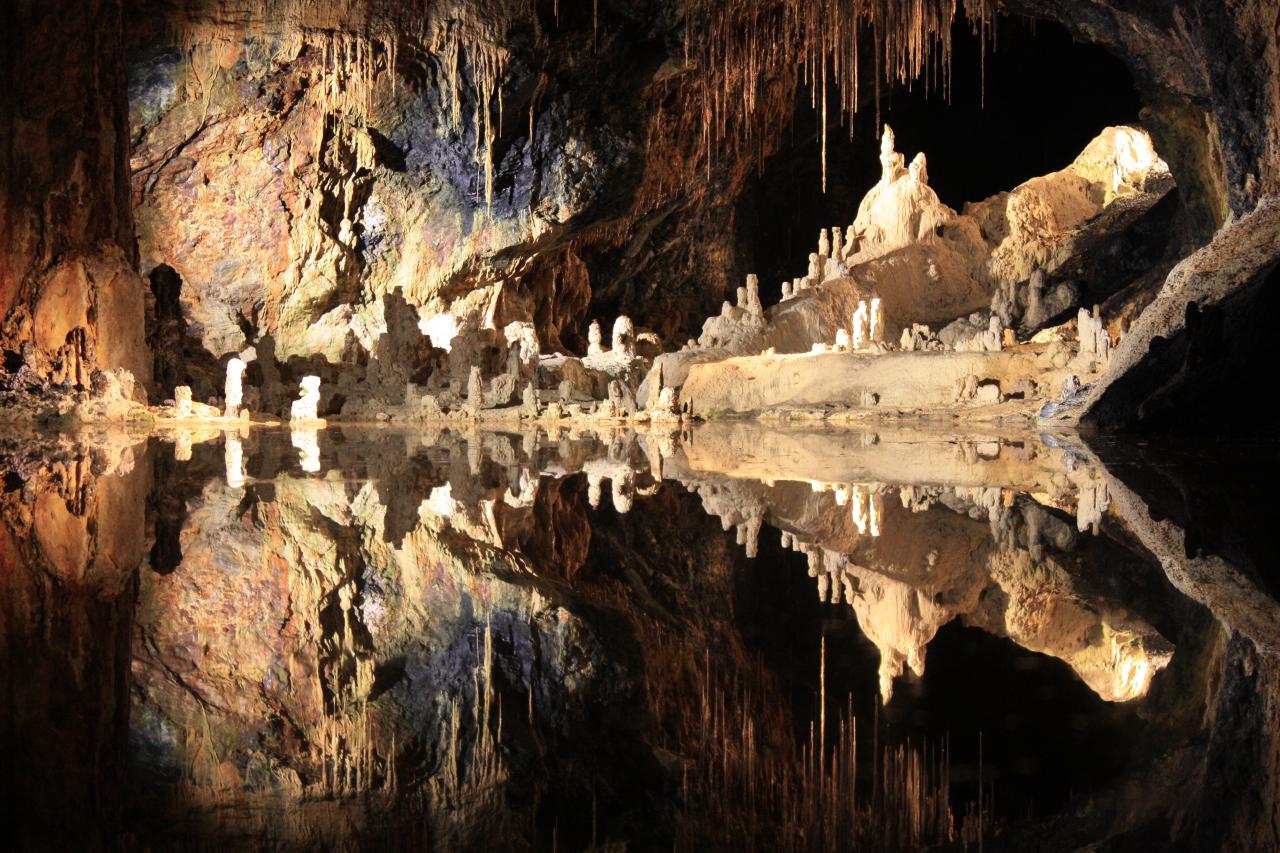 By the time you reach the oldest part of the caves, known as the Fairytale Cathedral and the Castle of the Holy Grail, it has become quite clear why the first miners gave these grottoes their name. Cone-shaped stalagmites tower above a mirror-like lake, and you can just imagine them as a fairytale castle with its court. The perfect reflections give the illusion of another grotto below the water’s surface.

Today, the fairies appear to be hiding in their dark refuge deep inside the mountain. Or maybe they are out in the garden on this balmy late summer’s day? After all, the mythical creatures have set up their summer residence in the Little Fairy World, a magical adventure playground above the mine. From May to October, the friendly spirits take visitors of all ages on a journey to another world, home to a tree-top fairy castle, the troll rock, the grove of the light elves, the listening islands and many other magical stories. 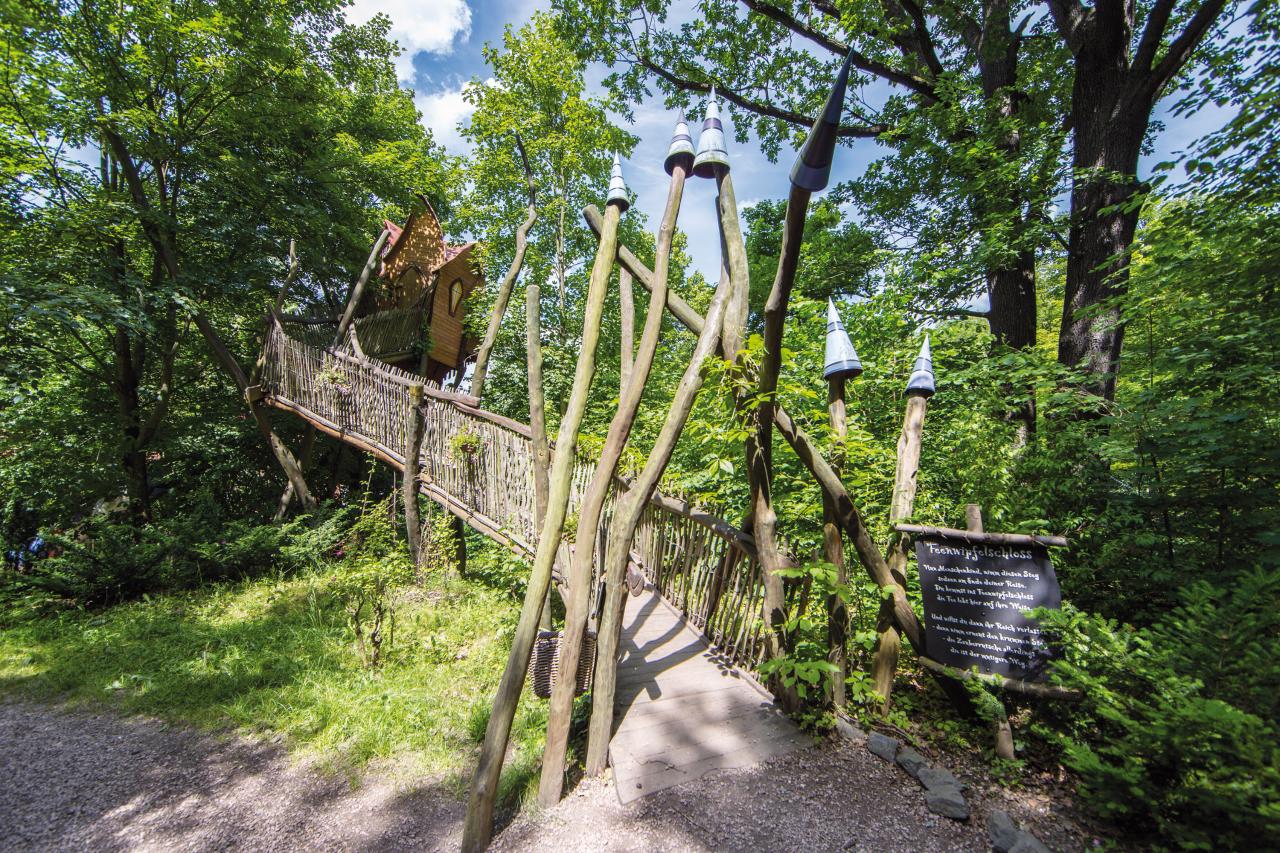 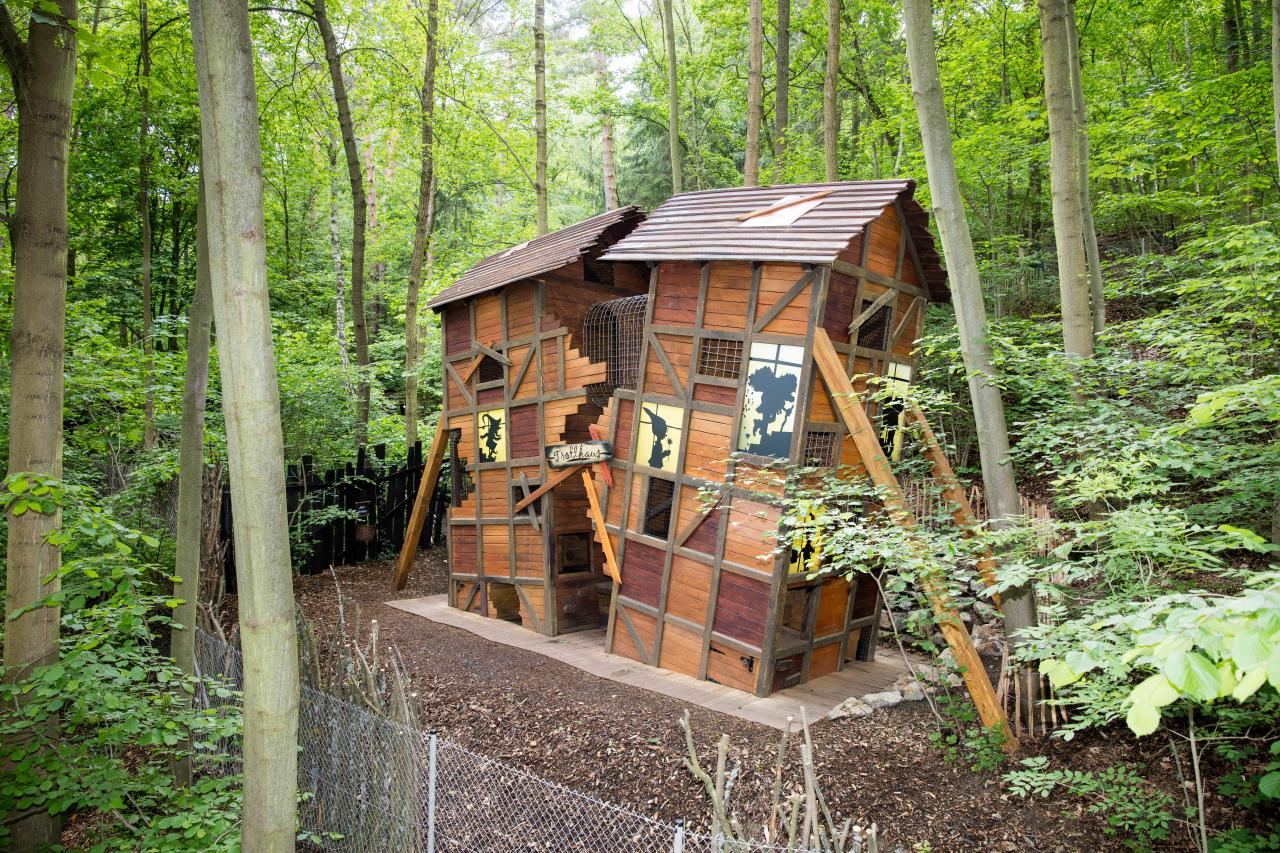