Johann Wolfgang von Goethe’s love of nature has provided us with a wealth of poems and notes today. What he describes was literally on his doorstep, as he often found inspiration in his gardens and the Park an der Ilm. During the five decades that the poet spent in Weimar, he repeatedly turned to nature, botany and horticulture.

From poet to gardener

Goethe arrived in Weimar at the age of 26, and six months later he noted in his diary: “Took charge of the garden”. He was referring to Garten am Stern, which is part of the former vineyard house in Park an der Ilm. Goethe threw himself with great enthusiasm into tending this hectare of land. And he was in good company. Taking an interest in nature had become quite fashionable at the time, and the notion of a simple life away from courtly etiquette found many followers in Weimar. 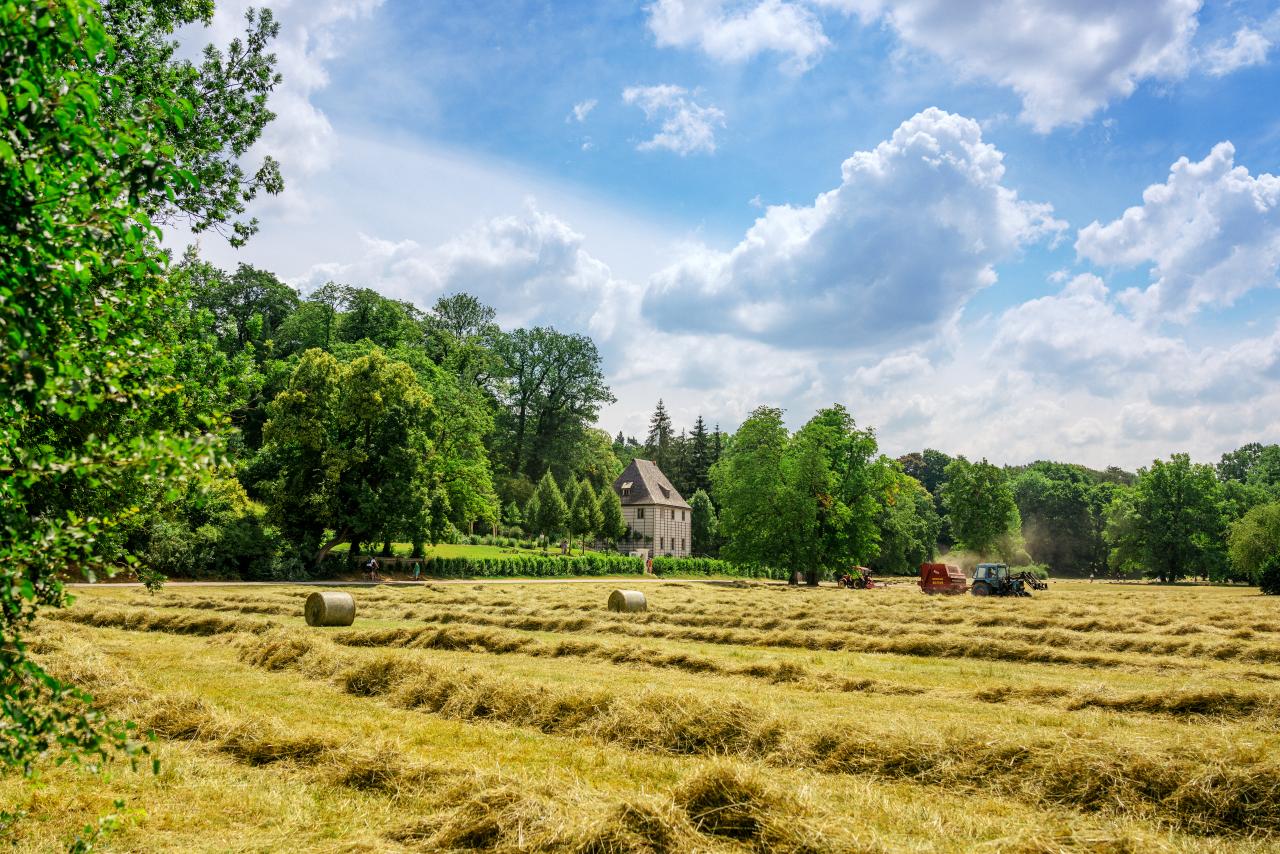 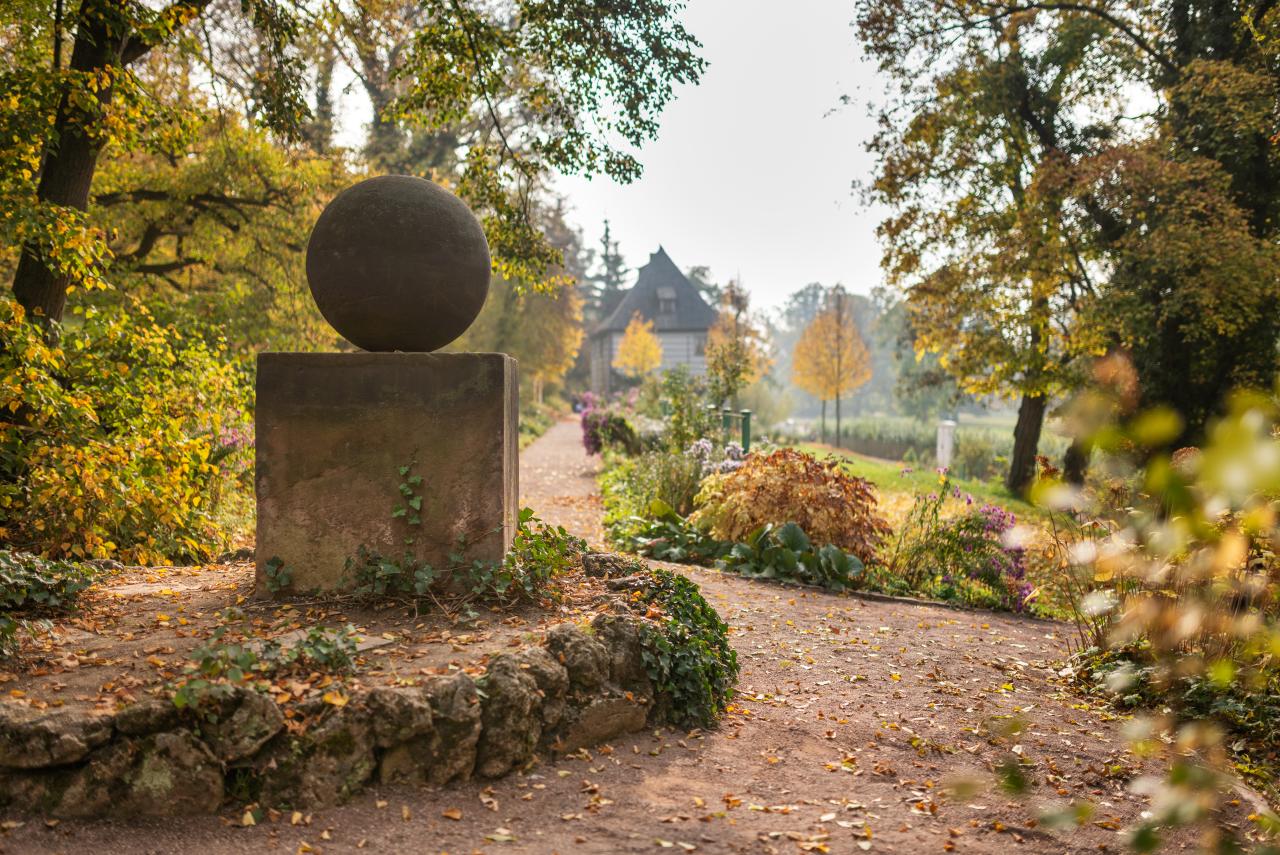 Goethe combined a love of blooming roses, fragrant lilac and the usefulness of a garden with a thirst for scientific study. He dedicated himself to his strawberries and fruit trees, grew a range of vegetables and cultivated asparagus.

Of nurture, care and correspondence

Even after Goethe moved to the more stately Haus am Frauenplan, the garden in the park remained a popular retreat and supplied the large kitchen in the Stadthaus. The Stadthaus garden and the Garten am Stern were managed and lovingly tended to by Christiane Vulpius, Goethe’s long-time lover and later wife. She reported on her successes and failures, for example due to the dreaded snails, in numerous letters to Goethe. As he was often travelling or spending weeks in Jena to work undisturbed, seeds and crops were sent back and forth by messenger. When sending seeds and seedlings from Jena to nearby Weimar, Goethe would include precise instructions on how to handle them. 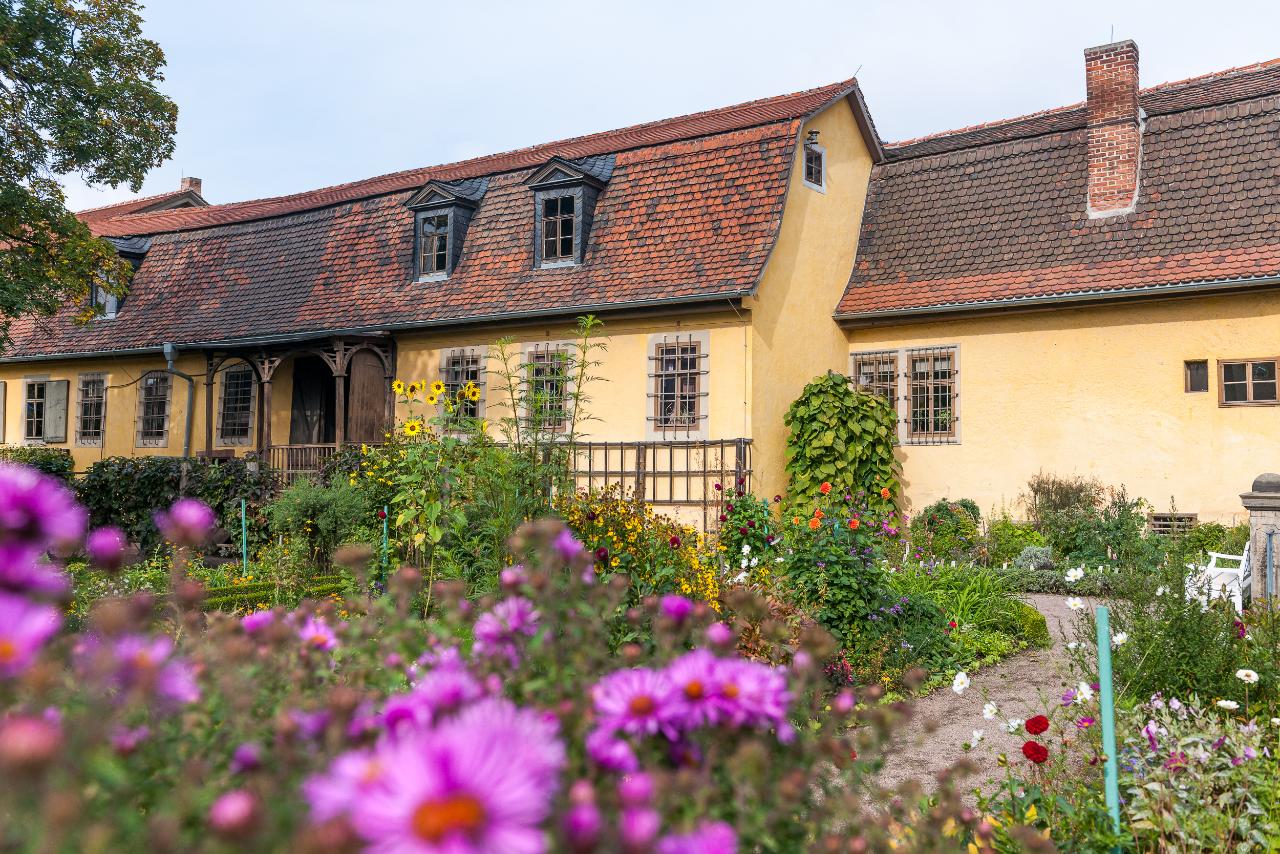 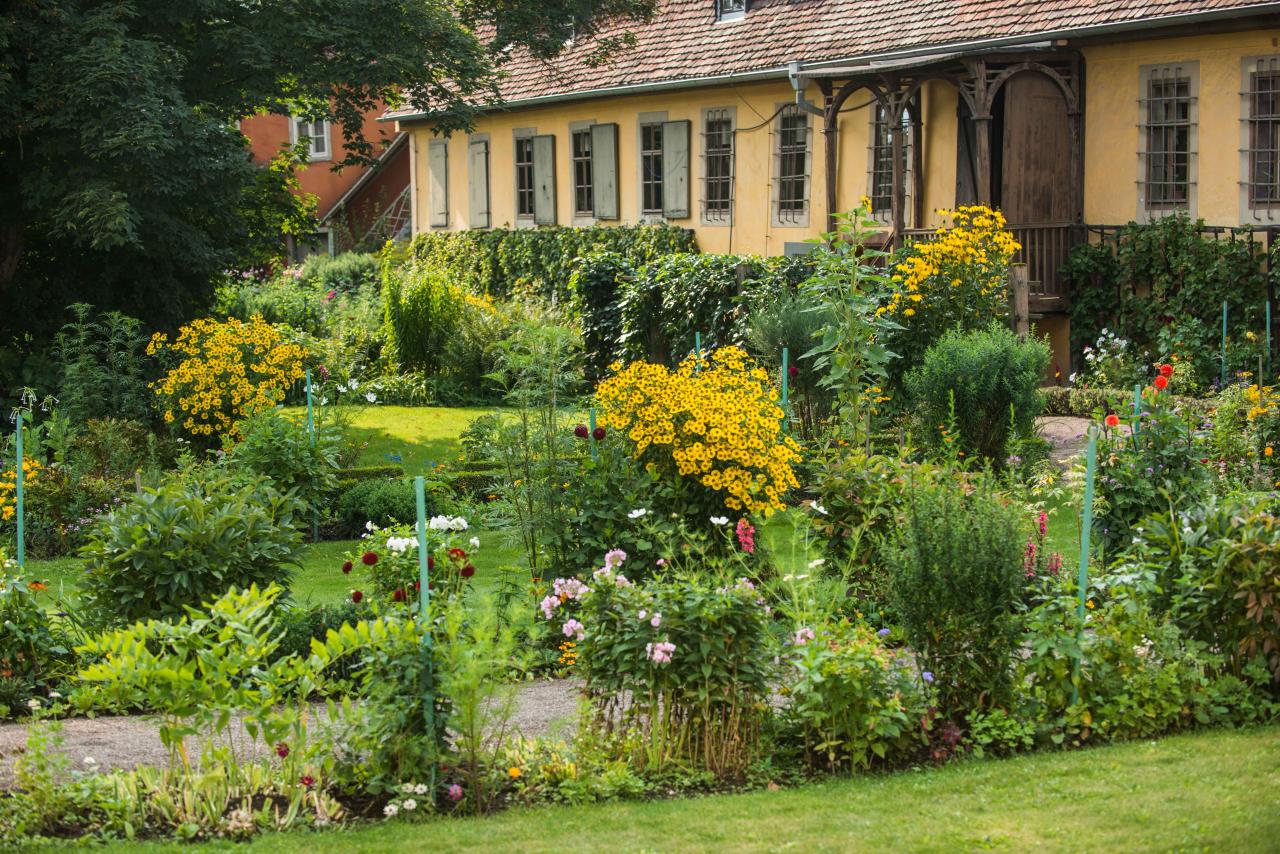 Garden at his residence in the city, ©Gregor Lengler , TTG

The variety in the garden was reflected on Goethe’s dining table, where guests would often dine too. His household comprising Christiane, her relatives and six servants was not exactly small, either. Winter provisions had to be stocked up, and attention paid to variety on the menu. In praise of his ‘domestic treasure’, Goethe wrote: “She knows to serve something different every day…” “… and just as summer is ripening the fruit, she is already thinking of the provisions for winter.” Gherkins and pumpkins would be preserved, and juices, jams and compotes prepared. Cabbages, beans and beets would be pickled, and salad, root vegetables and cauliflower stored in a bed of sand.

The food would often have a strong Thuringian influence, as this was where Christiane was from. At other times, it would be something more exclusive, such as artichokes and all kinds of exotic fruit and veg grown with great effort in the ducal gardens. Or dishes ordered from the local delicatessen, bakers or cake shop.

The garden of Goethe’s Wohnhaus am Frauenplan and the Garten am Stern in Park an der Ilm are open to visitors, and the best time to come is when the roses are in bloom. Here you can smell the roses that Goethe loved so much, or take in the views of the orchards. It’s not unusual for inquisitive types to try the grapes or apples – but often before they’re ripe. Every effort is made to grow the perennials, roses, herbs and flowers in the way they would have been in Goethe’s day. His extensive correspondence, notes and Hausbücher – books containing practical and useful knowledge – provide detailed information about varieties and species. The house was only periodically inhabited following Goethe’s death, and no more vegetables were grown here. With the opening of Goethe’s houses and their gardens as a museum, the green spaces and borders were preserved in their original form, except for the lost vegetable plots.