Erfurt and the colour blue

Woad on the Merchants’ Bridge

As you pass Rosanna Minelli’s shop on the Merchants’ Bridge, you can spot the long, green plants to which Erfurt owes it rise to prominence in the Middle Ages. Turning these plants into blue dye was hard and rather unpleasant work. The plants had to be ground, formed into balls and dried before being moistened again in the attics of the woad merchants to extract the dye. And not just with water, but with huge amounts of urine for fermentation, which made the city stink.

Woad has been used to make blue dye since the Neolithic Age. At that time, the plant, which belongs to the brassica family, grew in the steppes of south-eastern Europe and western Asia. In the Middle Ages, Thuringia was a centre for woad cultivation, and merchants exported the blue dye as far as England. 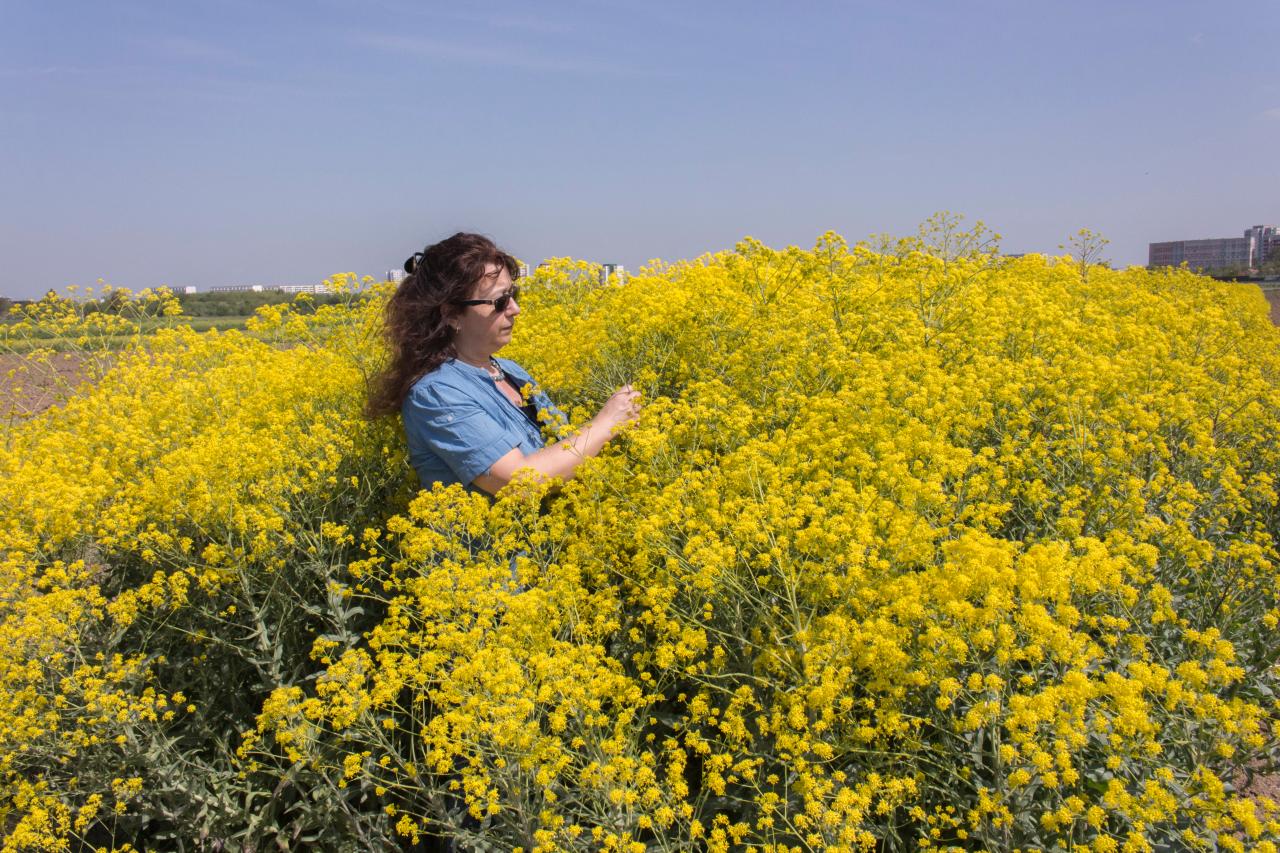 But the inhabitants learned to live with this, as the woad business was a lucrative one. The precious dye was traded across borders and brought wealth to the city of Erfurt. While the splendid merchants’ houses of the woad traders still adorn the city today, the trade in woad collapsed in the 17th century as cheaper indigo from overseas flooded the market. “I wouldn’t want this plant to be forgotten,” says Minelli, who hails from Genoa and originally moved to Thuringia to work as an art restorer. She now grows woad and uses it to dye fabrics. Her shop, aptly named ‘Erfurter Blau’ (Erfurt Blue), sells scarves and other neckwear, cushions and romper suits – all dyed using woad. She has even installed an old chewing gum dispenser in front of the shop where you can buy woad seeds for two euros. Minelli has also set up woad workshops and guided tours dedicated to the history of dyer’s woad. Bringing about a renaissance of woad is a cause that is close to her heart. 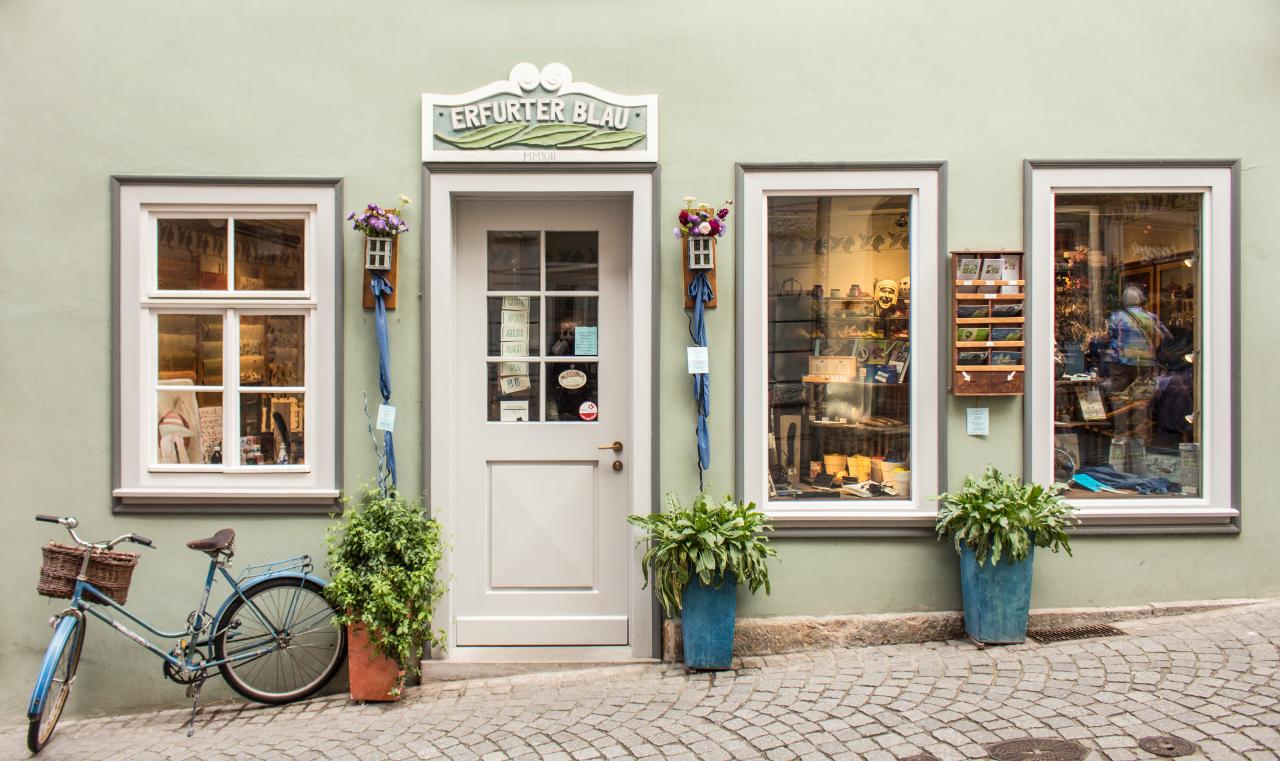 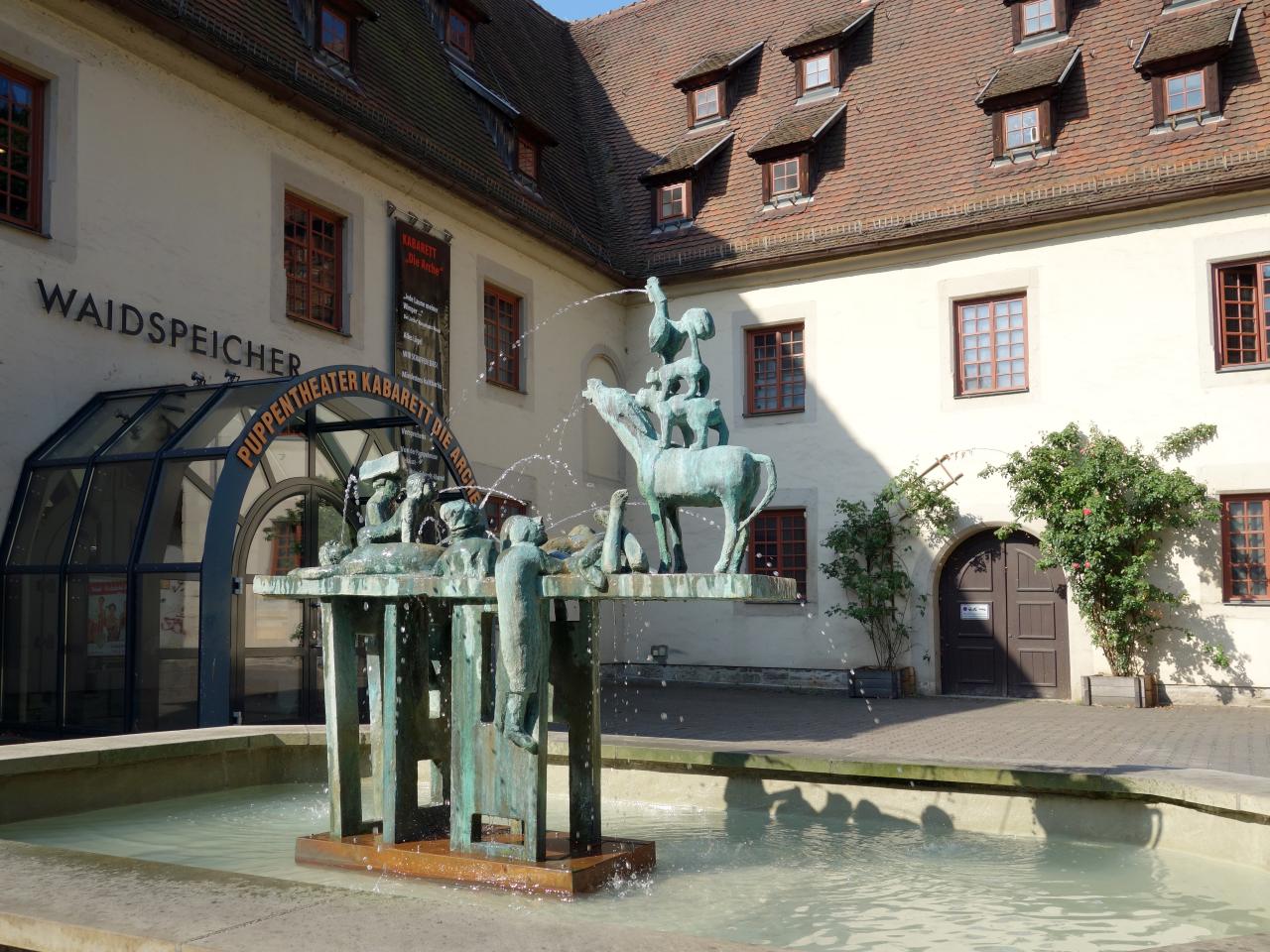 Not far from Erfurt’s cathedral square is Theater Waidspeicher, literally the ‘woad warehouse theatre’, where blue textile dye was once extracted from the dried leaves of the woad plant. The surviving woad storehouses are now used as an entertainment venue.
More Information

Woad is by no means the only plant upon which Erfurt’s fortune depended for many years. The state capital of Thuringia is closely associated with horticulture, garden design and the trade in plant and vegetable seeds, and has been known as the ‘flower city’ for many decades. Modern-day commercial horticulture in Erfurt was the brainchild of Christian Reichart, an entrepreneurial lawyer. One of Germany’s most popular landscape parks is egapark, visited by just over half a million people a year and home to the German Horticultural Museum. As early as 1865, a ‘German exhibition of agricultural and horticultural products’ was held in the historical part of egapark. No other German city could be better suited as the venue for the Federal Horticultural Show 2021 than Erfurt.

In the heart of Erfurt’s old quarter, you can watch the process of blue dying by hand while discovering more about the history (and humorous side) of this artisan skill in all its variety, from traditional table linen and material sold by the metre to contemporary items such as circle scarves.