Women at the Bauhaus

The forgotten women of Modernism

The Bauhaus, the most influential art school of the early 20th century, was shaped by all sorts of different characters. But the figures usually associated with it, such as Walter Gropius, Henry van de Velde and Wassily Kandinsky, are invariably men. So what about the women? Although they made up around one third of Bauhaus artists and designers their role at the school has been largely neglected.

Since we cannot travel back in time to find out more about the Bauhaus women, the next best thing is a trip to some of the locations where tangible reminders of the groundbreaking school remain to this day. We start in Weimar, where the Bauhaus was originally founded.

The first thing we come across are more (Bauhaus) men. The Park an der Ilm is home to the remnants of the Tempelherrenhaus, where Bauhaus master Johannes Itten had his studio. He designed and headed up the foundation semester for the Bauhaus students. For Itten, the Bauhaus meant more that just architecture, design and functional style. As a devotee of the Mazdaznan religious movement he was interested in analysing and expanding people’s individual potential. Dressed in a robe and with a shaved head, Itten certainly did stand out from the crowd at the art school. Women on the other hand were not quite such a rare sight.

Where there is wool, there is a woman

When the Bauhaus first opened in 1919, Walter Gropius proclaimed that the school would accept “any promising applicant of good standing, irrespective of their age or gender”. A total of 84 female and 79 male students enrolled for the summer semester.

At the beginning of the 20th century, it was unusual for women to study at all. Gropius was taking a deliberate stand that gave the Bauhaus a pioneering role in the emancipation of women. The initial euphoria was soon followed by disillusionment, however, when it became evident that women were not welcome in the workshops, such as the metal or the carpentry workshop. It was claimed that the physical work involved was too hard for them, and Gropius was also concerned that the high percentage of women students would be detrimental to the school’s image. 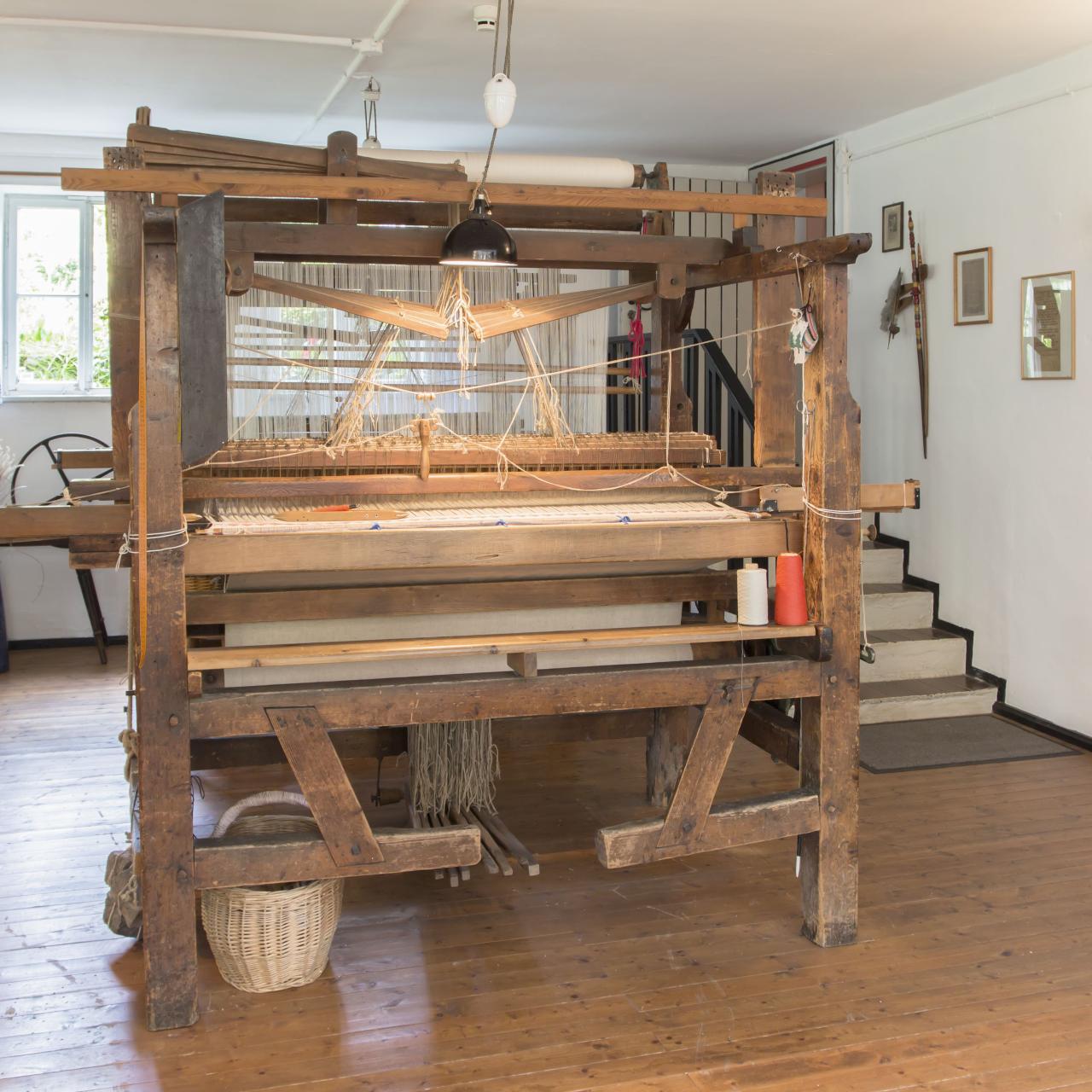 Eventually, the weaving workshop was designated as a ‘women’s class’ in 1920, prompting master of forms Oskar Schlemmer to mockingly declare that, “where there is wool, there is a woman who weaves, if only to pass the time”. This arrangement allowed the Bauhaus’s artistic directors, not one of which was a woman, to reserve the limited workshop places for their male students.

However, some of the women refused to accept being relegated to the weaving workshop. Marianne Brandt fought for and won a place in the masculine domain of the metal workshop, where she did better than many of her fellow male students. Others saw the ‘women’s class’ as an opportunity: Gunta Stölzl even became the first female Bauhaus master when she took over the weaving workshop. There, she trained Margaretha Reichardt, who went on to set up her own successful textile workshop in Erfurt after graduating from the Bauhaus. That workshop is now open to visitors at the Margaretha Reichardt House in Erfurt-Bischleben, which features original handlooms and authentically furnished living quarters.

The Bauhaus and its women today

Despite their extraordinary achievements, much of the work done by Bauhaus women simply disappeared into drawers or was wrongly attributed to their husbands, as happened with many of Ise Gropius’ writings. Lovingly called ‘Frau Bauhaus’ by her husband Walter Gropius, she gave up her own career after her marriage and instead became a secretary, editor and administrator for the Bauhaus, as well as contributing to her husband’s designs. The Bauhaus took over her life completely. 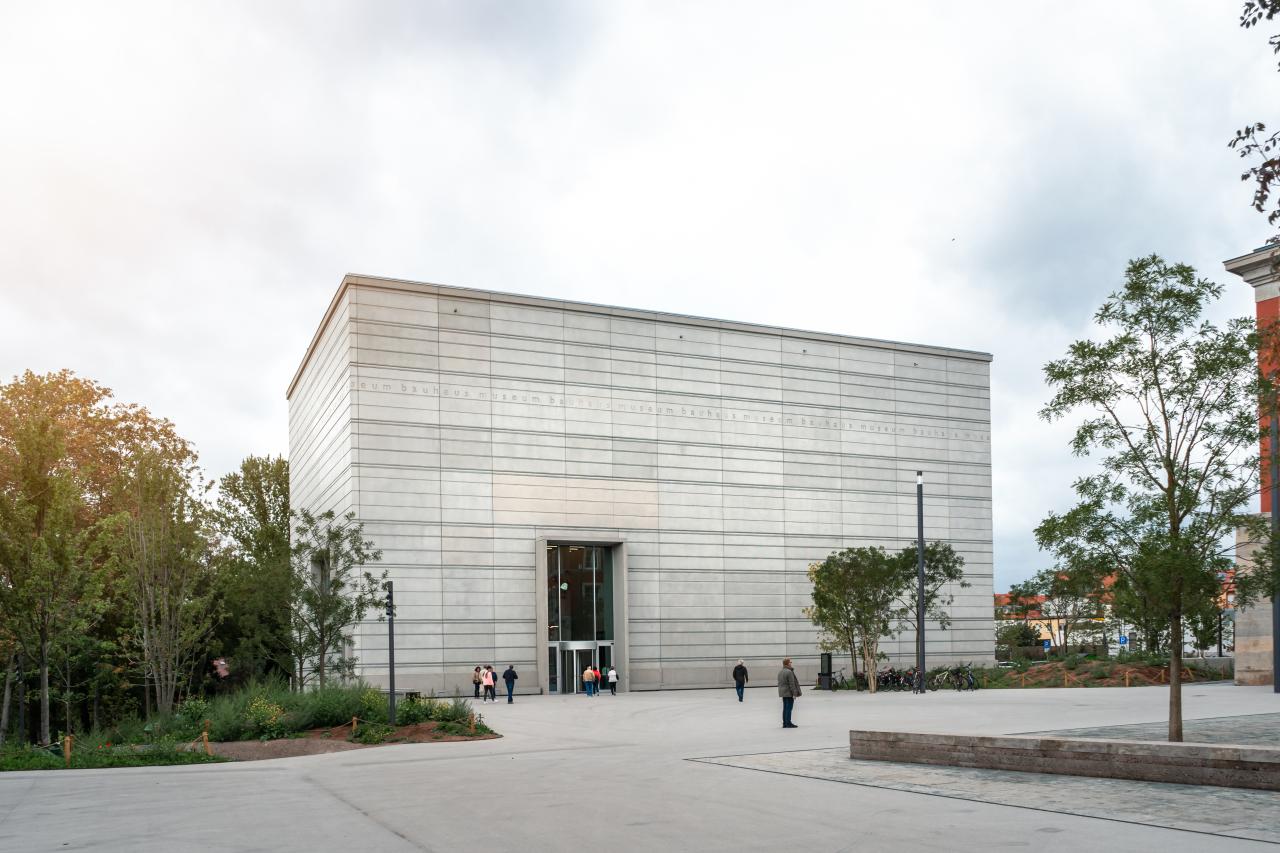 The exhibition at the Bauhaus Museum Weimar focuses on the multi-layered lives of hitherto unknown Bauhaus women in the 1930s and 1940s.
More information

In 2019, when the Bauhaus celebrated its centenary, the film adaptation ‘Lotte am Bauhaus’ and the documentary ‘Bauhausfrauen’ finally put the spotlight on the female artists from those days. The Klassik Stiftung Weimar foundation will also continue to cover the subject of women at the Bauhaus. There are fascinating stories on the foundation´s blog, as well as an upcoming exhibition about the fate of the forgotten Bauhaus women at the Bauhaus Museum Weimar.