Gotha shows its best side around Friedenstein Palace, where the Ducal Orangery, the English Garden and the Wasserkunst cascades can be explored during a stroll in the sunshine.

Gotha is a delight, even in this weather. It’s pouring down, it’s chilly, yet you cannot help but warm to this city close to the Thuringian Forest Nature Park. Especially standing up here on Schlossberg street, mighty Friedenstein Palace behind and the cascades in front of me. Split over three tiers, the cascades direct the eye towards the main market square and the old town hall, known as the Red Town Hall on account of the fiery colour of its exterior and tower. 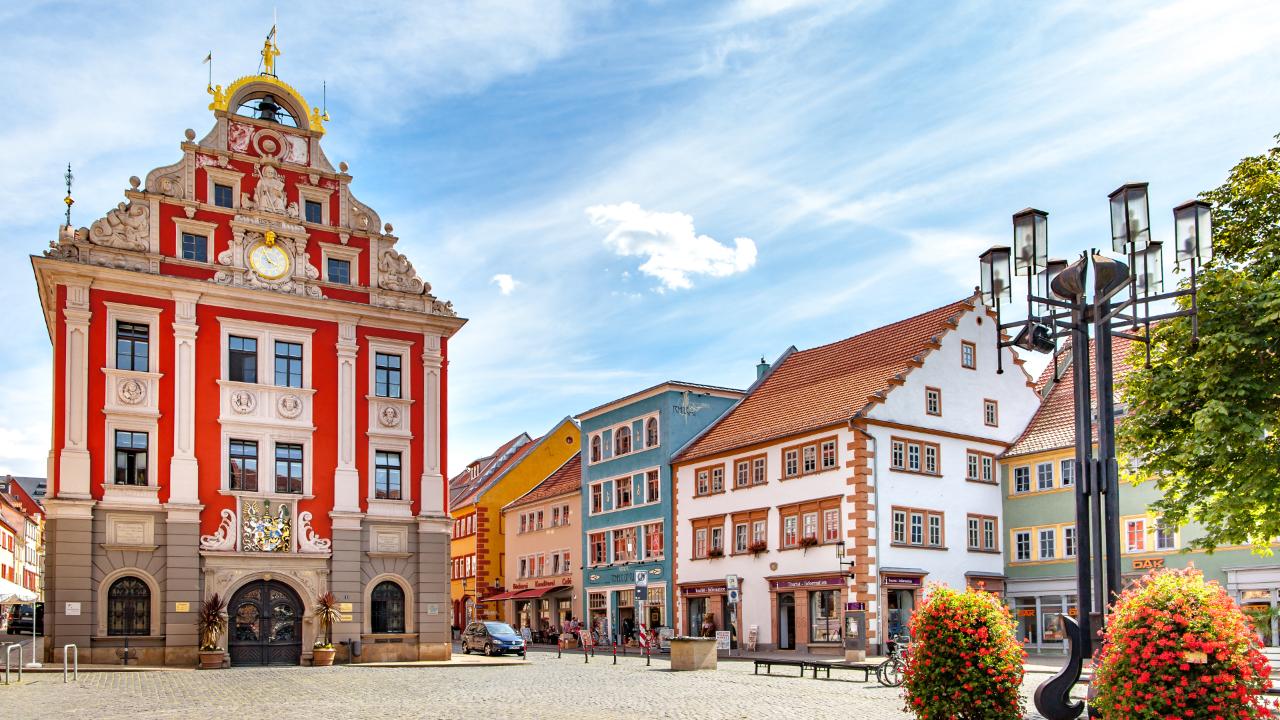 The cascades are fed by the 650-year-old Leina canal and have been a feature of Gotha since 1895. Between May and October, the water flows around 100 metres from the upper via the middle to the lower fountain. Every year, the St Gothard Festival marks the opening of the cascades. On this day, the locals stand around the fountains and tell stories, before nymphs pour water into the Leina canal and the spectacle begins.

Michael Dietrich has the job of keeping the water running. If there’s a blockage somewhere, Gotha’s fountain warden has to step into action. “Sometimes acorns, leaves or twigs get stuck in the nozzles, so my colleague and I come and clear them out.”

It’s not far from the cascades to the next highlight. To the south rises the mighty Friedenstein Palace, a glorious and well-preserved example of early baroque architecture. You walk past it to get to the palace park, the Ducal Museum and from there the English Garden. The latter, created in 1769, is one of Europe’s earliest landscaped parks and follows the principles of English landscape architect Lancelot ‘Capability’ Brown.

The landscaped park covers only three hectares, but its modest size and unchanged appearance make it the perfect example for understanding the art of English garden design. Visitors have to follow the old circular tour to do so. “That is the only way to fully appreciate the special landscapes here,” says park manager Jens Scheffler.

He pulls a map dated 1774 out of his pocket and points out the path, much of which is still there, the banks of the pond, and the locations of the trees that act as a backdrop. “With a couple of large areas, a few paths and some curved shapes, they cleverly created a space that looks much larger than it really is,” says Scheffler, a landscape architect and conservationist. 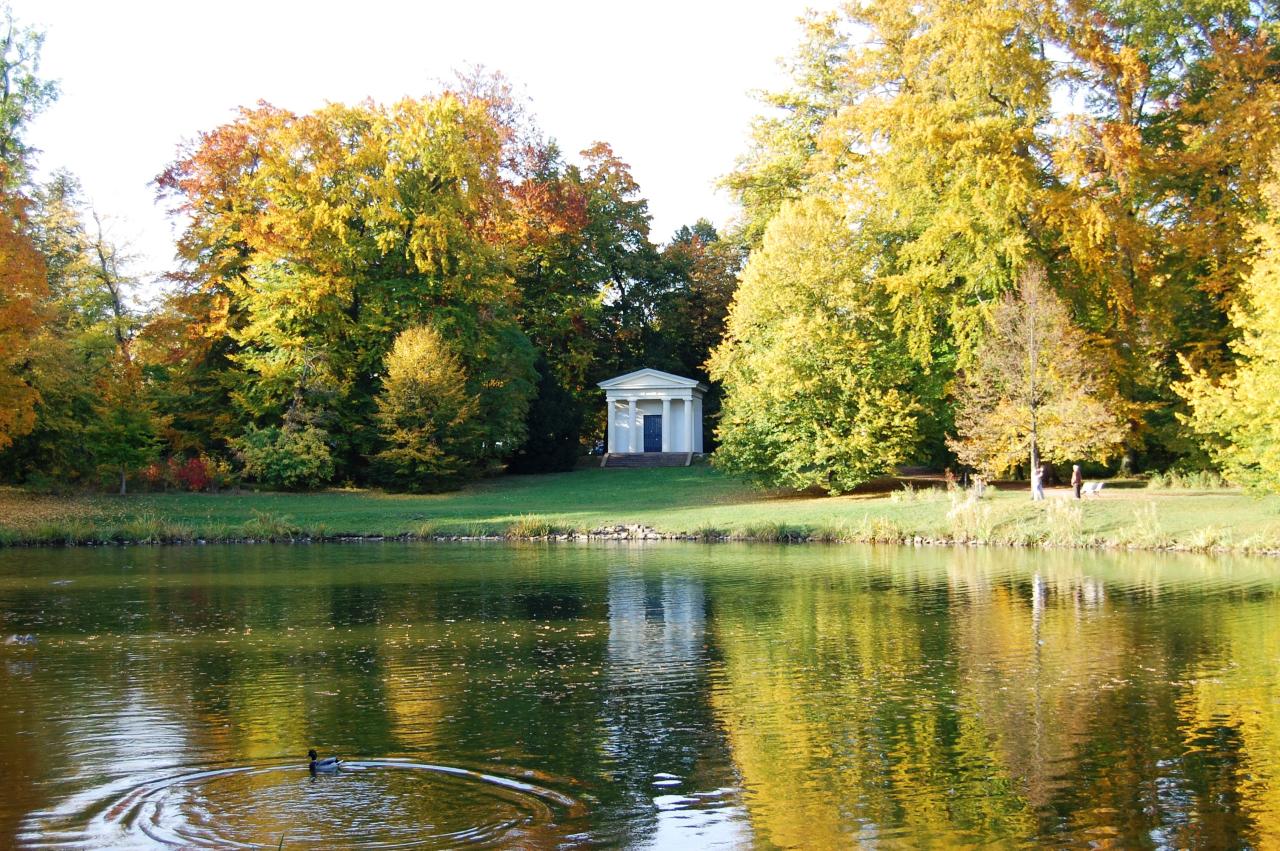 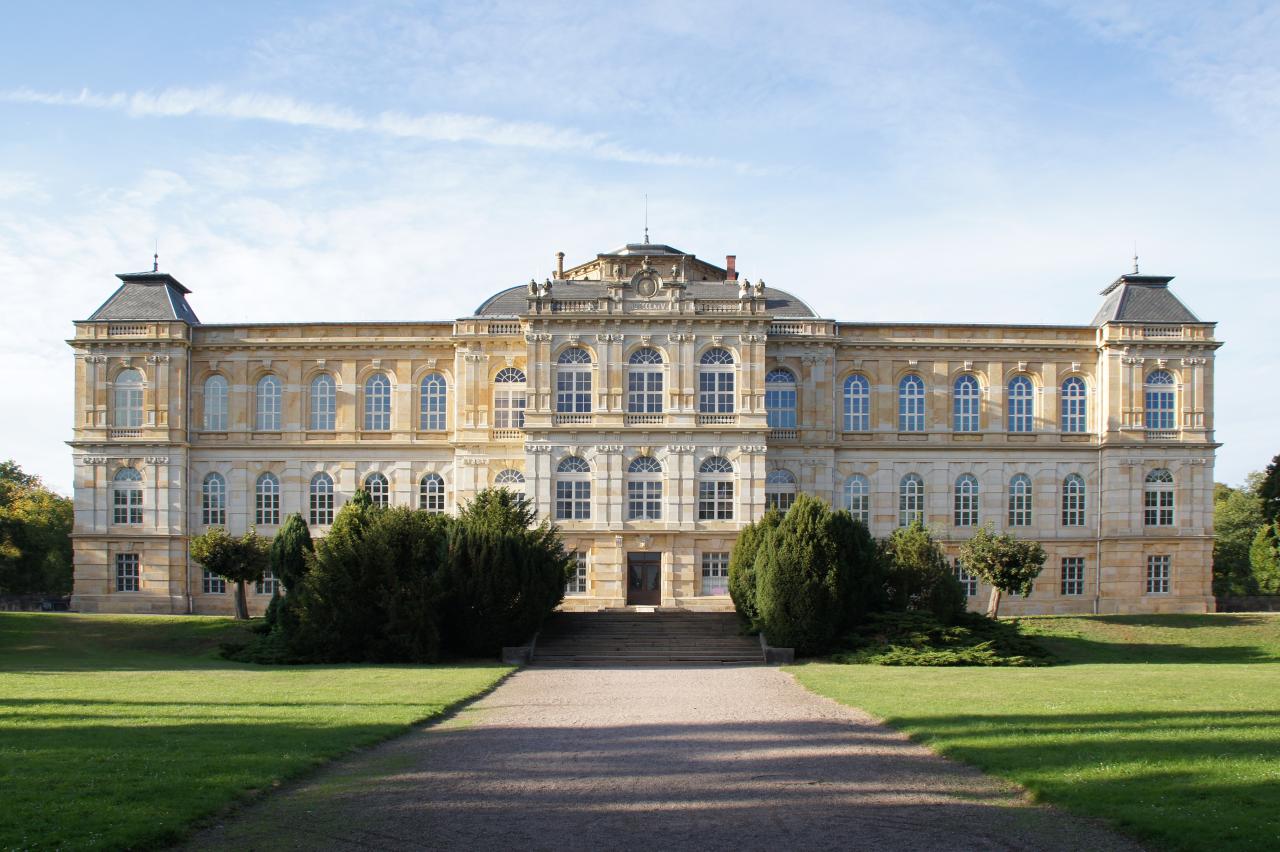 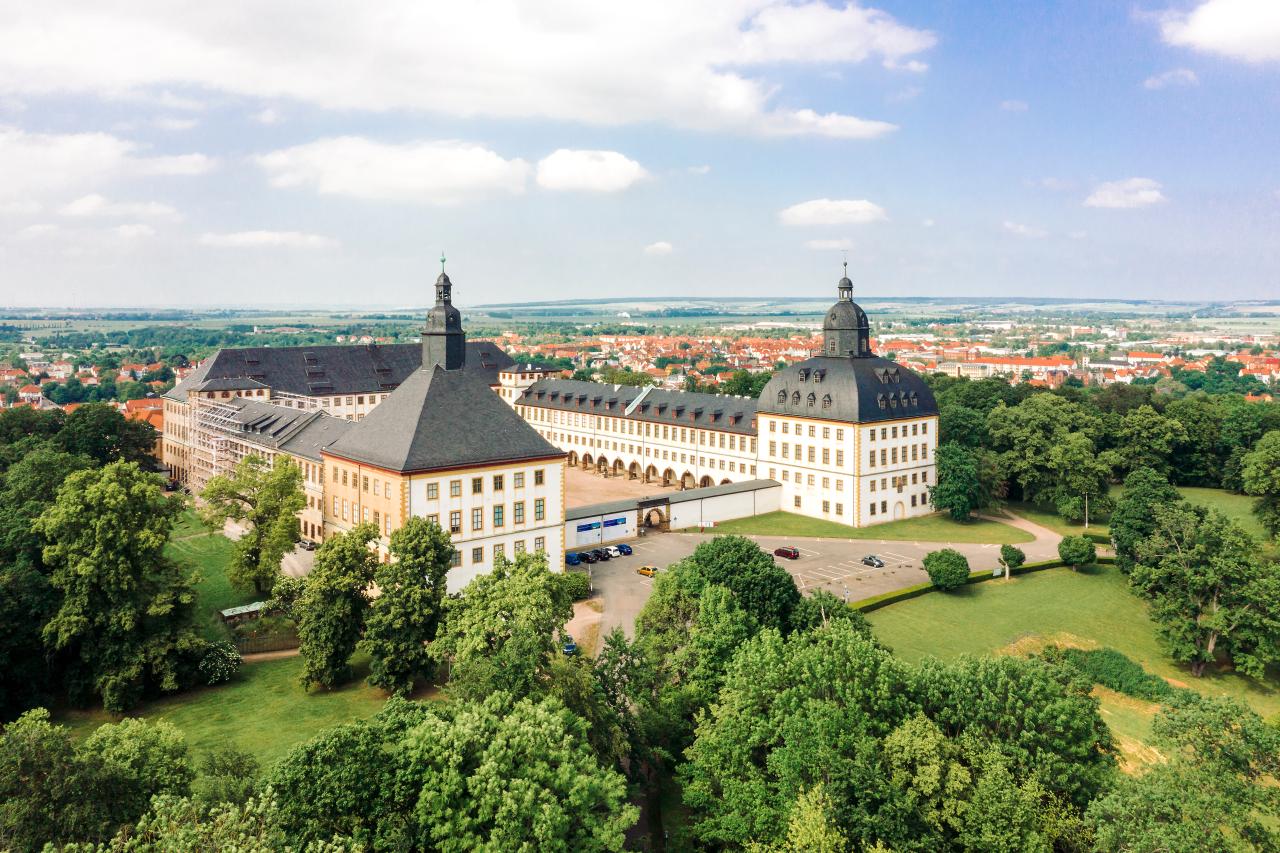 We head off. In a dense copse at the start of the path, you might think you are in a forest, and there’s no hint of the pond hidden behind a small embankment. A little further in this reveals itself to be a sizeable lake, and a few hundred metres on it seemingly transforms into a river winding its way through the park. “The illusion is created by the small island in the lake, which looks like a continuous shoreline when viewed from here,” Scheffler explains. Amazing how the effect is achieved with such simple means.

Was the person who built this actually able to find their way around? Constructed for Duke Ernst I of Saxe-Gotha in just twelve years, starting in 1643, Friedenstein Palace has no fewer than 1,268 windows and 500 rooms. Today it is home to literally millions of exhibits – if you count all the individual items in the insect collection. Grand on the outside, even grander on the inside!
discover more

Gotha’s orangery: better than from a supermarket

We continue through the Fir Garden with its two magnificent false cypresses to the Ducal Orangery to the east of the palace. The ensemble sits in the landscape like an amphitheatre. From a hillside, you look out over the fan-shaped grounds with their magnificent flower beds and the orangery buildings, the Lorbeerhaus on one side and the Orangenhaus and greenhouse on the other. Duke Friedrich III of Saxe-Gotha-Altenburg commissioned the buildings in 1747.

For more than 100 years, Gotha’s orangery with its extensive collection was considered one of the best in Germany. According to old inventory lists, almost 3,000 plants, including Seville oranges, lemons, laurel and figs, were cultivated in tubs, boxes, and clay and porcelain pots. The duke also had a nursery with around 700 pineapple plants set up. At the time, the precious fruit with its crown-like leaves were often given as presents between noble houses, much like citrus fruit a symbol of royal power and a golden age.

After 1918, stock dwindled and growing in the orangery was abandoned. It was revived in 1995, however, and now there are more than 1,000 plants, including orange, lemon and laurel trees growing and overwintering here. Even pineapples are back. “We have twenty plants in our homemade propagating trays,” says Scheffler. “When a fruit is ripe, the smell spreads throughout the building.” And what about the taste? “Miles better than any pineapple from the supermarket.”