People in the City - in Thuringia - Urlaub - Reisen - Thüringen entdecken

Our born and bred Thuringians

What would Thuringia's towns and cities be without the people who live and work there? They'll add that extra-portion of fun to your summer with their cafés, bars and unusual independent shops. Enjoy home-made ice cream, freshly baked cakes and cold drinks in a great ambience. Some regions are famous for particular specialities, such as goats' cheese, nougat and saffron. You are bound to find that Thuringian classic, the bratwurst, wherever you are, though. The taste of summer in the city. 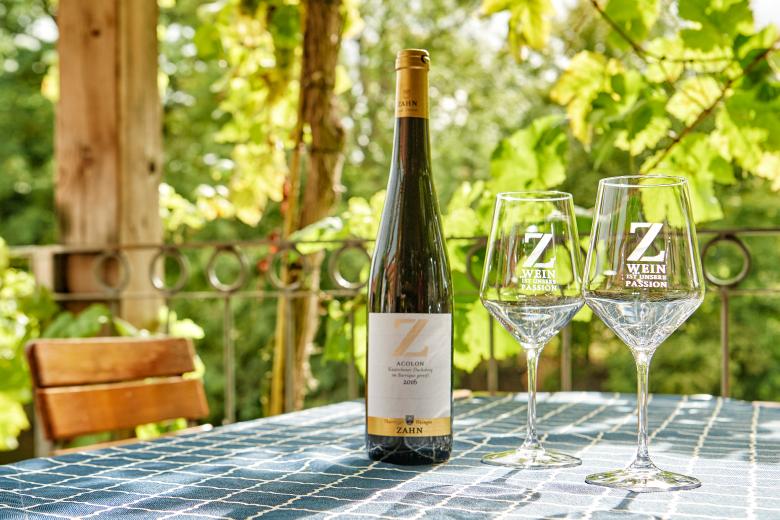 In the small village of Kaatschen, one timber-framed house follows another. The Saale river flows along one side, while on the other the hills are covered in vines. The entrance to the village is a glorious sight as you cross the Saale river on a stone bridge into the district of Grossheringen. This idyllic spot is home to the Zahn winegrowing estate, and behind its wooden gates lies the restaurant with its inviting terrace. Here, vines grow above the heads of the guests to create a natural green roof. 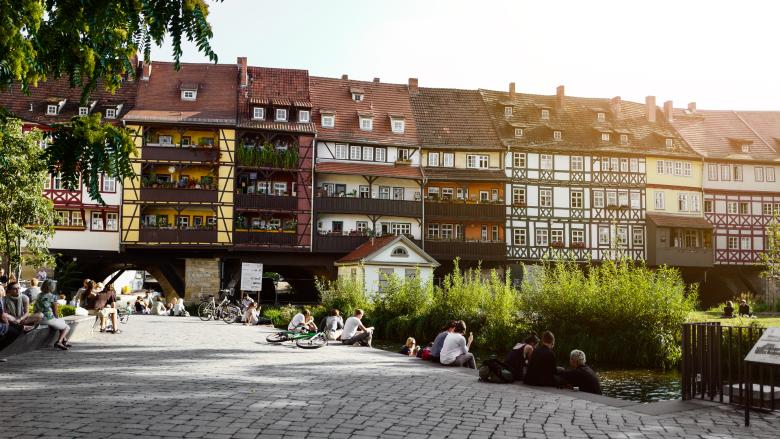 Woad on the Merchants’ Bridge

Erfurt and the colour blue

As you pass Rosanna Minelli’s shop on the Merchants’ Bridge, you can spot the long, green plants to which Erfurt owes it rise to prominence in the Middle Ages. Turning these plants into blue dye was hard and rather unpleasant work. The plants had to be ground, formed into balls and dried before being moistened again in the attics of the woad merchants to extract the dye. And not just with water, but with huge amounts of urine for fermentation, which made the city stink. 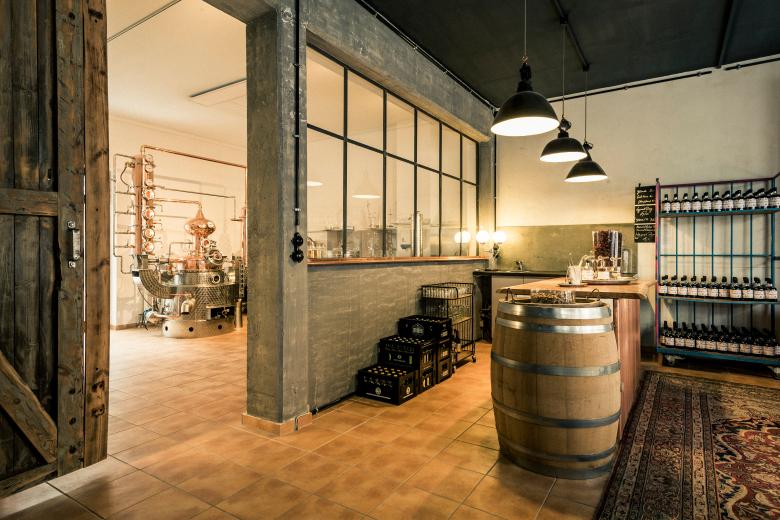 A few years ago, an idea took shape in Matthias Wiegand's mind, as gradually as his gin is now ageing in American oak barrels. He thought he'd like to give up his job as a chemist in order to "make something myself". Now, a few years later, he is sure the decision was right for him. "Although I am constantly venturing into unfamiliar territory, still do almost everything myself - it is utterly fulfilling," says the founder of the Wiegand Manufactur craft gin distillery, not without pride.

Thuringia is still home to many small shops and eateries. Delicious specialities are tasted on the Taste Tour. You will meet real personalities and take a look behind the scenes. You can look forward to exciting stories about the country and its people. 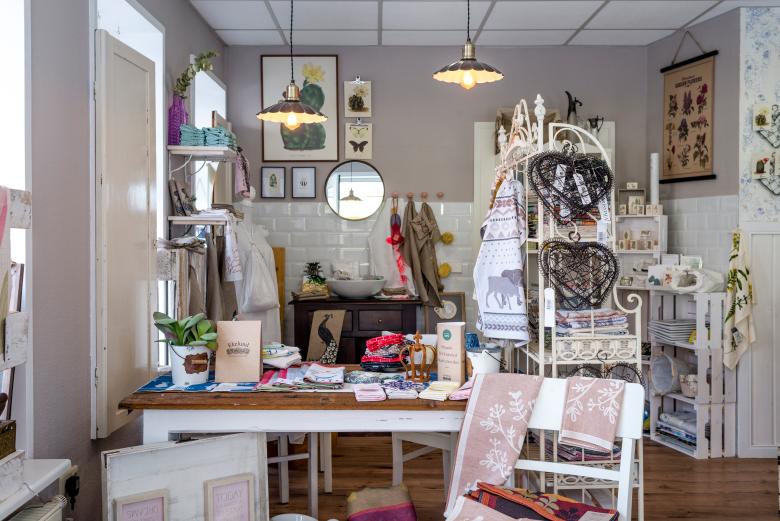 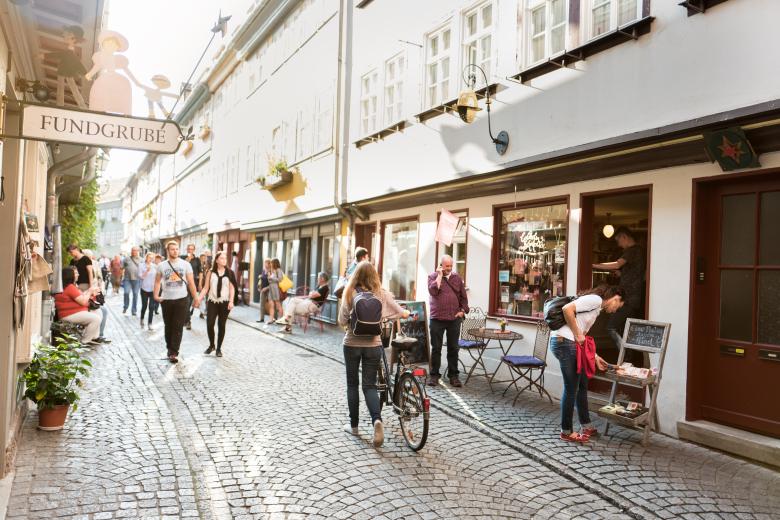 Erfurt’s Krämerbrücke – a microcosm of craft and creativity

A bridge of merchants and more

Come along, down into the cold depth of the cellar. But remember to keep your head down and watch where you put your feet. These stone steps have been worn out over hundreds of years. We are headed into the interior of a bridge pier. 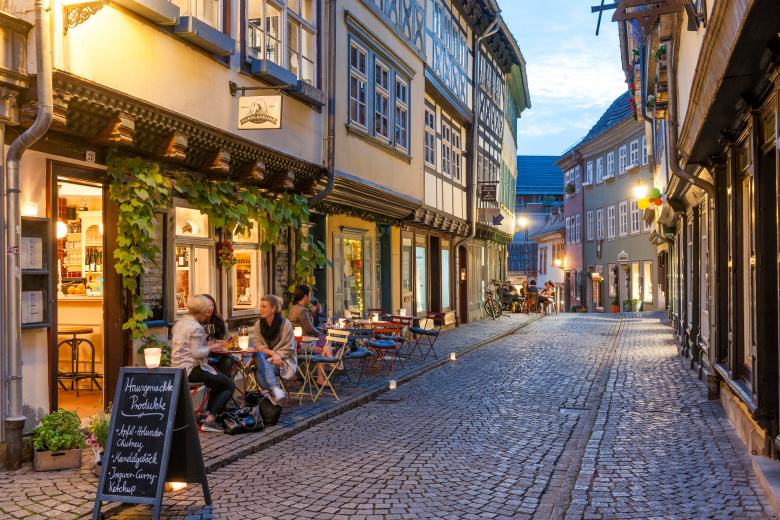 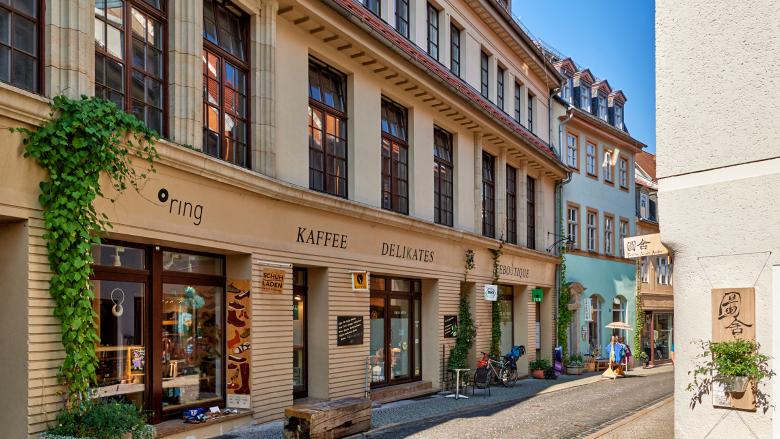 Getting to know the real Weimar

Weimar is the home of German Classicism. But it is also so much more than that. Anyone who takes a leisurely stroll through its enchanting old lanes will discover a town full of charm, with secluded spots, friendly people and lovely little shops. 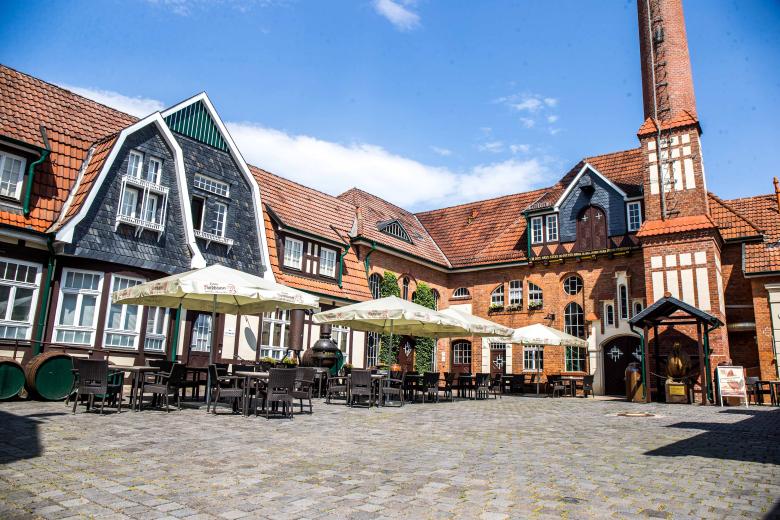 "Italy has grappa, Greece has ouzo, and Thuringia has korn." In keeping with this motto, visitors to Nordhausen cannot help but encounter this ancient local speciality: A grain spirit, or "korn", called Echter Nordhäuser. 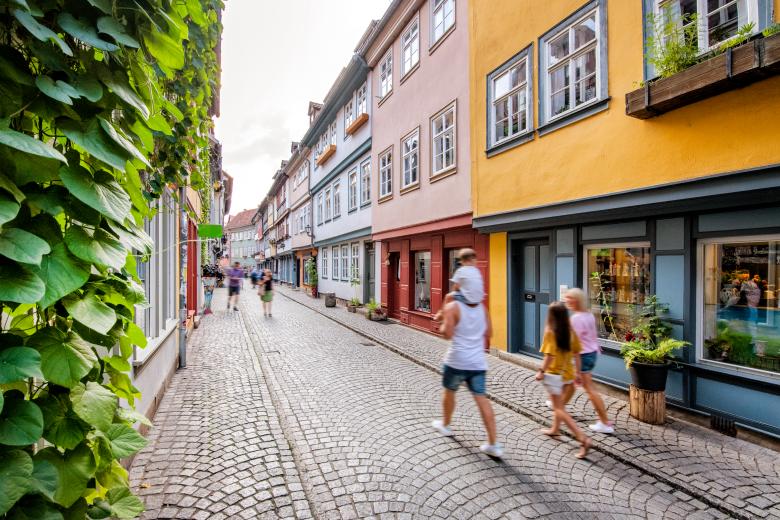 On a shopping tour

Stroll through romantic alleys and discover small boutiques, browse in shops or discover unusual souvenirs in the modern shops of the tourist information centers. Thuringia's cities not only offer plenty of culture, they also leave nothing to be desired for an extensive shopping spree in the city centres. 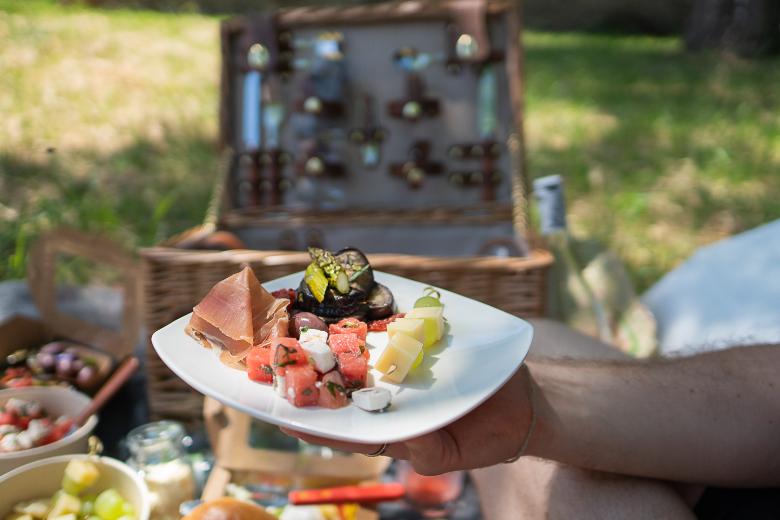 Admiring impressive architecture, discovering remnants of the Middle Ages, marveling at crafts on the Krämerbrücke: a stroll through Erfurt makes you hungry. ADAC travel expert Heidi has a few tips for the big and small hunger, sweet or hearty. 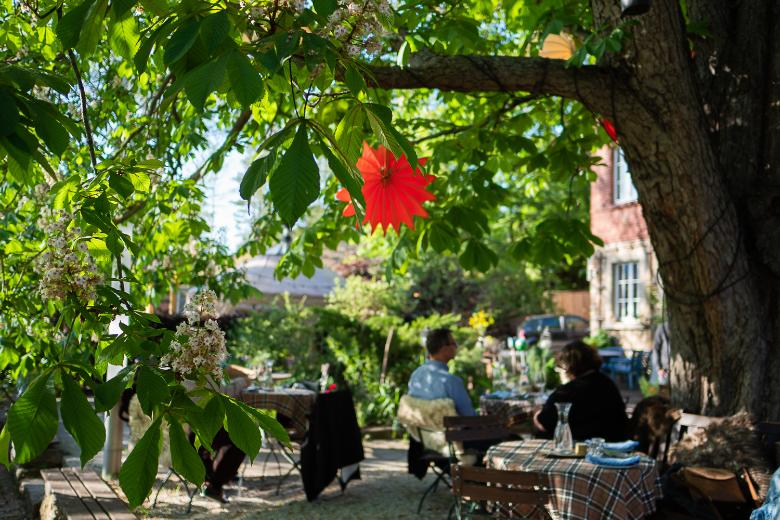 Leisurely Stroll through our cities 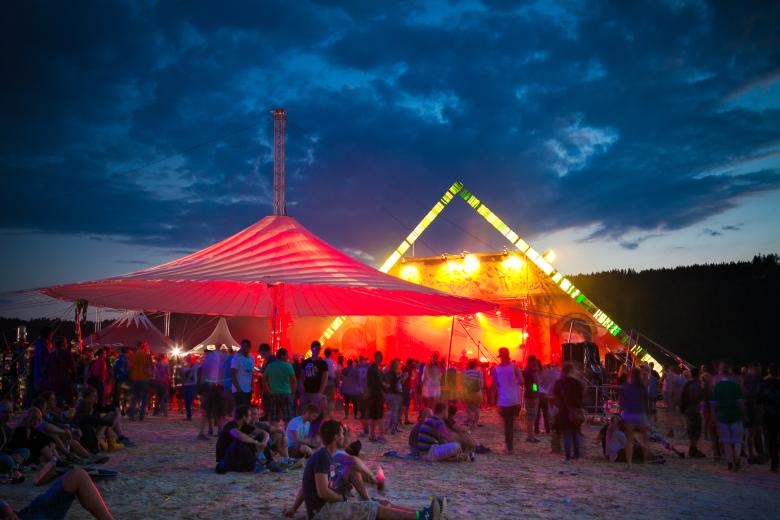 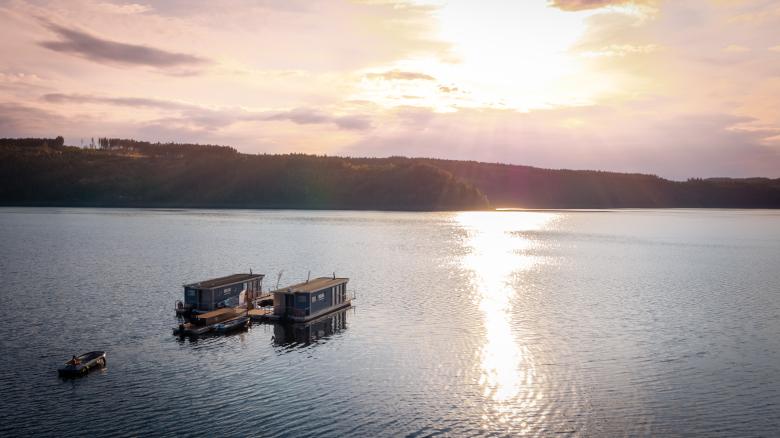 Our tips for cooling down