On the water in the Thuringian Forest - Urlaub - Reisen - Thüringen entdecken

Raft in a rucksack

On the water in the Thuringian Forest

Going rafting sounds like an adventure holiday in Sweden. However, you didn't have to travel that far north to go on a water tour. The latest water sports trend is called "packrafting", which you can experience on the Hörsel river in Eisenach at the foot of the Thruningian Forest.

Even though the river flows at a more leisurely pace than Sweden's rapids, you still had to rely quite heavily on my paddling skills, as the Hörsel also has fast-paced sections with treacherous rapids that call for concentration when you navigate them. What is important is keeping your balance as well as keeping the boat on course, which was sometimes quite difficult, but that was also the exciting thing: The constant challenge to also master the demanding passages of the river, and to then drift gently along on the water moments later. 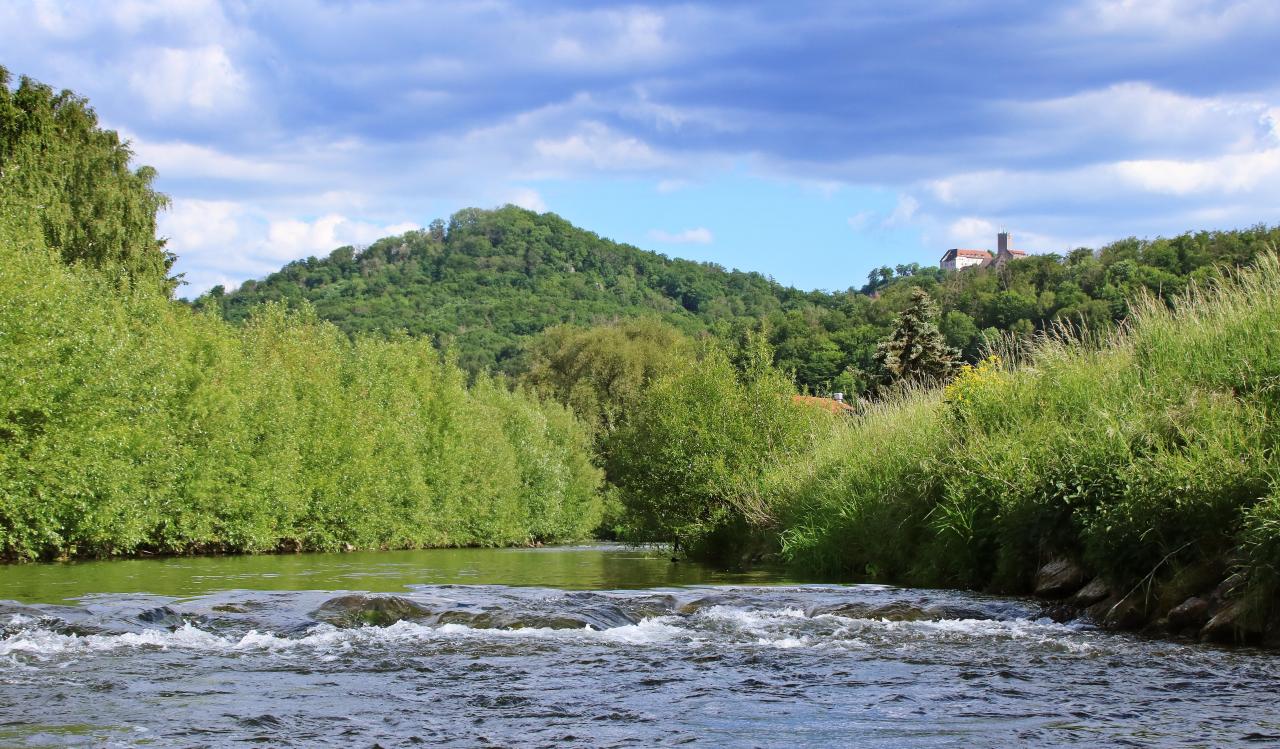 Along the Hörsel you can catch a glimpse of the Wartburg Castle,, ©Susen Reuter, Regionalverbund Thüringer Wald e.V.

It's particularly easy to unwind on water. Along the calm sections of the river, you took the time to discover the Thuringian Forest's biodiversity: The excitedly quacking wild ducks on the reed-covered riverbanks, the Beautiful Demoiselle damselflies that whirred close to the water's surface and were my constant companions, and kingfishers and grey herons on the hunt, although spotting the latter is not easy. Hobby historians will also get their money's worth. Tour guide Matthias Klaß knows all about some of the spectacular discoveries that were made when a retaining wall was built along the riverbank. Ancient coins revealed that Roman legions led by Tiberius and Drusus once marched along the Hörsel river. There was also already a canoe club in Eisenach in the 1950s – the packraft tours are therefore a revival of a past tradition. 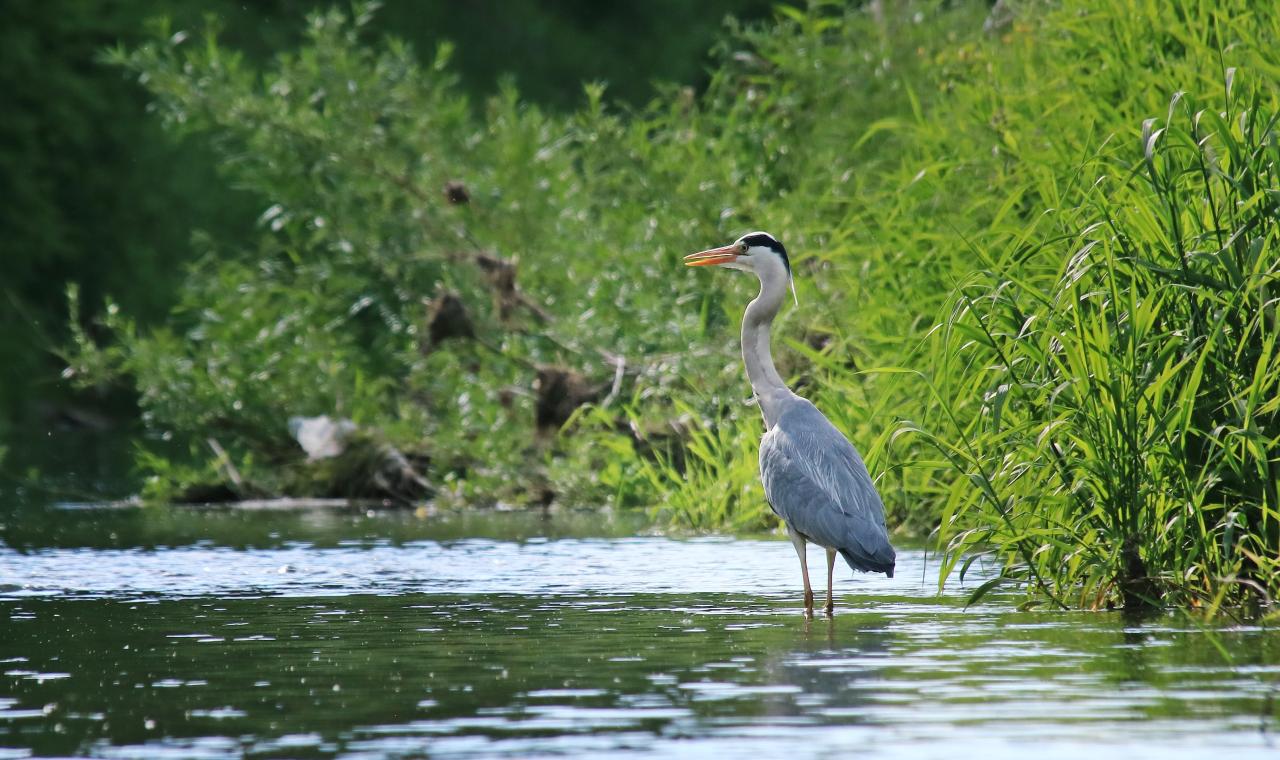 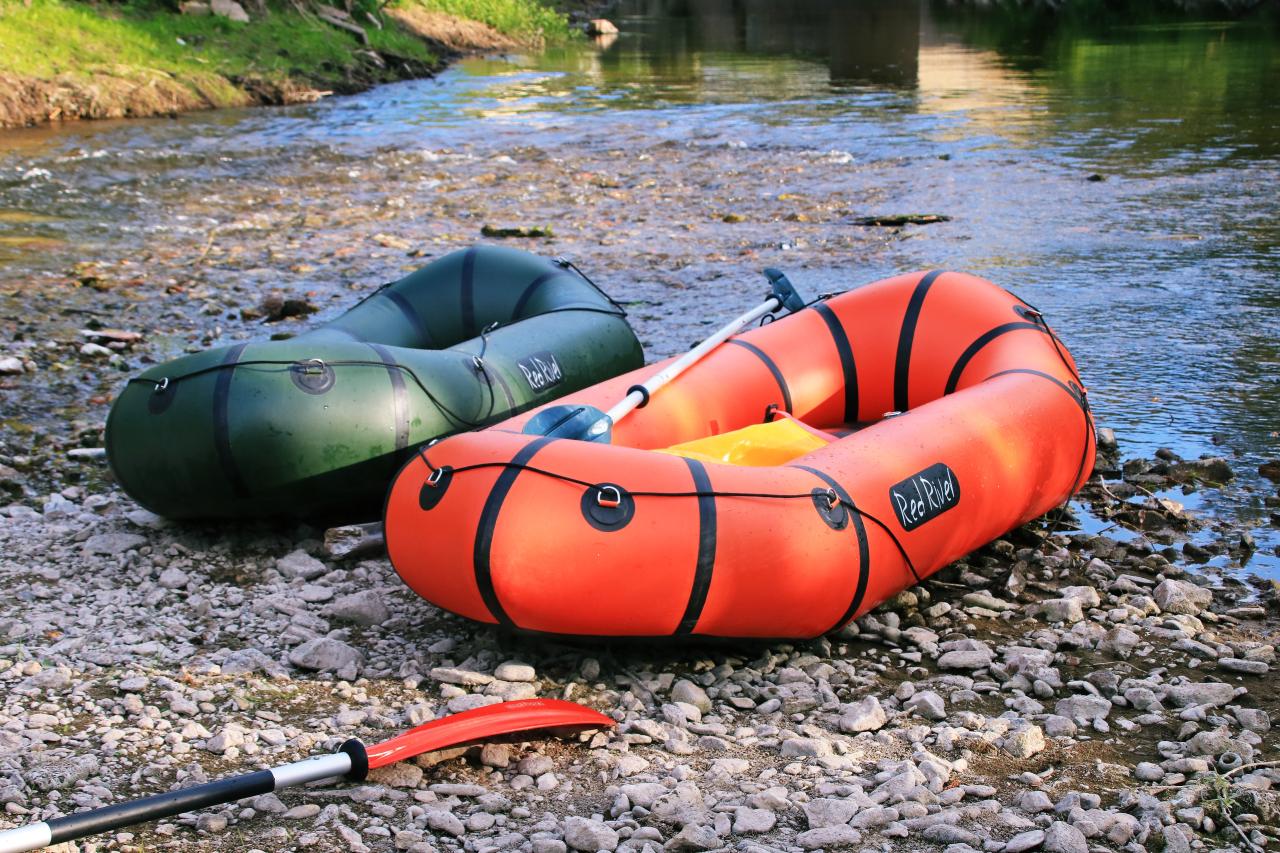 Up close and intimate with the riverside residents: A grey heron on the hunt, ©Susen Reuter, Regionalverbund Thüringer Wald e.V.

At the foot of the Rennsteig trail

Besides athletic adventures and nature appreciation, you also enjoyed the opportunity of being able to view the countryside around Eisenach from a completely new perspective. Which is how you discovered geological gems like the Michelskuppe. This rocky outcrop towers 50 metres above the city, a unique sight Europe-wide. Due to tectonic shifts and the subsequent tectonic plate movements, a mountain was turned upside down here – literally.
Further downriver, you paddle past the Frankenstein, a hill that is around 340 metres high topped by the remains of a mediaeval castle of the same name. Once you have left the city of Eisenach and the area around it behind you, you've almost made it to Hörschel, where the Hörsel flows into the Werra river. The Rennsteig trail is now also really close by. If you still have some strength and time left, you can either swap your paddle for a pair of hiking boots, or continue your tour on the water and head onto the Werra.

Whether you're an experienced paddler or a total beginner: The feeling of freedom is always only a paddle stroke away here!

For more information, go to:
www.eisenach-rafting.de