Questions and answers on the Bauhaus

It originated in Weimar. And it went on to conquer the world – and our living rooms …

1. Why was the Bauhaus founded in Weimar??

Was it just a fluke of history? Not at all. Since the appointment of Herder, Goethe and later Liszt, Weimar has had a tradition of welcoming notable artists. From 1902, the Belgian designer Henry van de Velde worked in Weimar as artistic advisor to the Grand Duke and later as head of the Grand Ducal School of Arts and Crafts of Saxony. The buildings he designed include today’s Bauhaus University Weimar – which was home to the Bauhaus school from 1919 to 1925. In 1917, during the war, van de Velde had to leave Germany because he was a foreigner. As his successor he recommended the architect Walter Gropius, who established the Bauhaus in Weimar in 1919. Gropius later paid tribute to the Belgian artist in a letter, telling him: “We have much to make up to you, dear Professor …”

A visionary, a man of many talents and one of the most influential figures of the early 20th century. The furniture and architecture designed by Henry van de Velde looks like art nouveau, but also points beyond it. To the Bauhaus, perhaps? In any case, there are more straight lines than flourishes in van de Velde’s work. Many of his maxims are later taken up by the Bauhaus. To immerse yourself in the world of Henry van de Velde, visit Haus Hohe Pappeln in Weimar, where he used to live, and Haus Schulenburg in Gera, both of them designed by him. Tip: The permanent exhibition ‘Van de Velde, Nietzsche and Modernism around 1900’ at the Museum Neues Weimar.

3. What was so new about Bauhaus??

Walter Gropius demanded that everyone get out of their studios and into the workshops. Every artist should learn a craft. Bauhaus students worked in training workshops every day, including the pottery, the metal workshop and on looms. But the architect had his eye on the ‘great building’ – a unified artwork with fluid boundaries between architecture, design and art. In a radical departure, the motto was that form follows function: the way a product looked was determined by what it was used for. At the early Bauhaus, the students endeavoured to find a contemporary style. Without realising it, they created many 20th century design classics. Weimar’s hotbed of talent produced one-off craft items as well as new prototypes for furniture and other products. They also experimented with the latest innovative industrial materials. At the same time, the students and their teachers were driven by a holistic approach. They asked themselves: “How do we want to live in the future? What would improve people’s living conditions?” 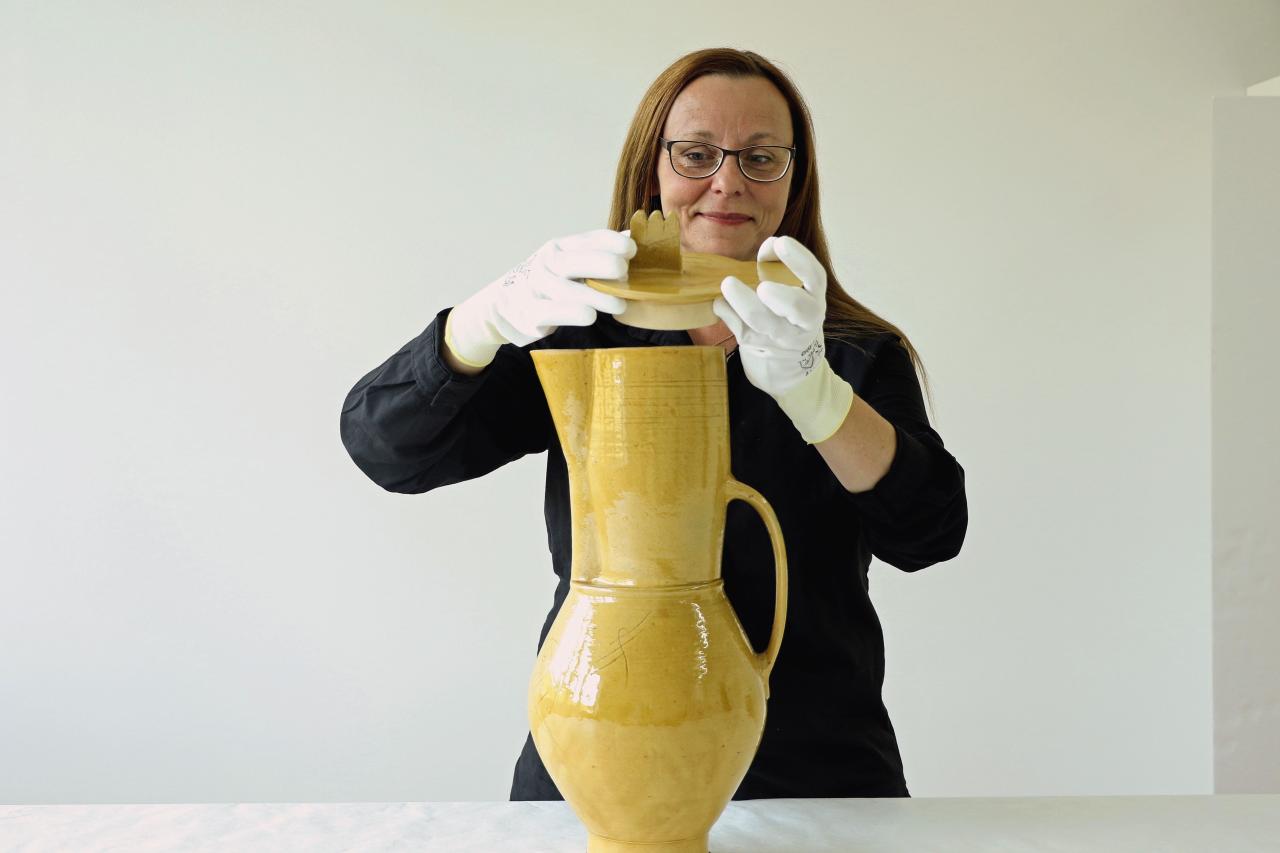 4. Where in Weimar can you experience the Bauhaus today?

In addition to the impressive Bauhaus Museum Weimar, the main sites to explore are the buildings of the Bauhaus University Weimar and Haus Am Horn, ideally as part of a guided tour. Students from the university lead a guided walk through their buildings several times a week. If you’re really keen, you could also visit the recently constructed ‘Neues Bauen am Horn’ quarter, which was inspired by the Bauhaus style. Visitors to the Bauhaus University should make sure to look out for the following: Oskar Schlemmer’s frieze of figures in the stairwell of the studio building, the Bauhaus paintings in the side staircase of the main building, the famous Van de Velde staircase, the Gropius Room, and the skylight halls, as well as the Bauhaus.Atelier | Info Shop Café visitor centre in the courtyard, which sells Bauhaus products. 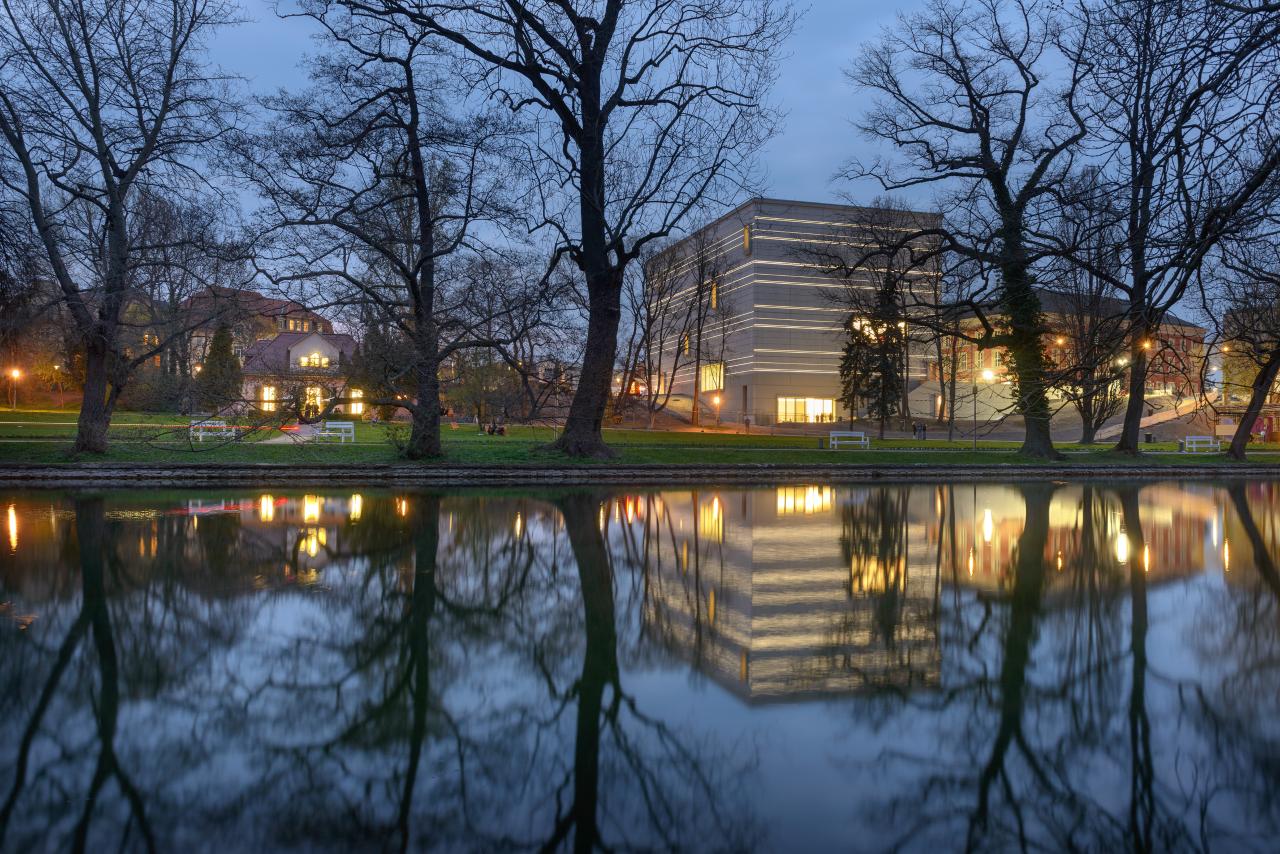 5. Who were the most important Bauhaus artists?

Apart from Walter Gropius, Marcel Breuer and Ludwig Mies van der Rohe, the figures best known today are the great painters – Oskar Schlemmer, Paul Klee, Wassily Kandinsky and Lyonel Feininger – all four of whom taught as masters at the Bauhaus. Their works now hang next to the iconic designs in the Bauhaus Museum Weimar.

6. Why should you go inside each Bauhaus house?

Because the unique Bauhaus effect only becomes fully apparent in the interior rooms. Take Haus Am Horn, for example, which was designed by Georg Muche. From the outside it looks unremarkable – a square building with a flat roof and no balconies. But once you enter you realise that the side rooms are arranged around a central living room with skylights. Everything is comfortable, well thought-out and very modern for the period. Haus Am Horn has built-in wardrobes, a modern fitted kitchen and central heating. This experimental house, built for the 1923 Bauhaus exhibition, would still be great to live in today. 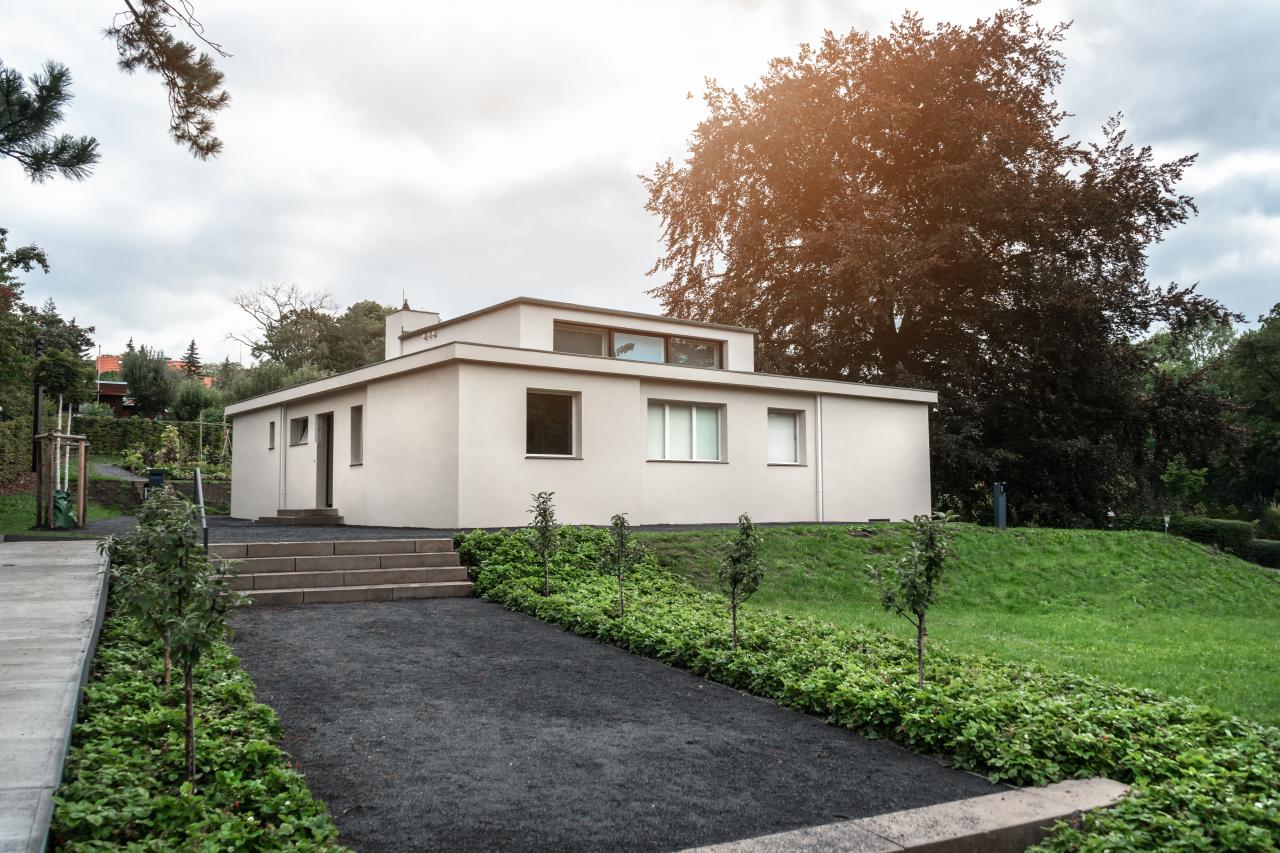 The Haus Am Horn in Weimar (UNESCO Welterbe) ©Dominik Saure, Thuringia Tourism Board

7. Which Bauhaus designs have become famous?

To name just five: the Bauhaus lamp by Wilhelm Wagenfeld (1924), the slatted chair by Marcel Breuer (1924), the tea set by Marianne Brandt (1924), the cradle by Peter Keler (1922) and the paintings of the church in Weimar-Gelmeroda by Lyonel Feininger. The Bauhaus Museum Weimar will exhibit many famous Bauhaus pieces from the Bauhaus archive established by the Klassik Stiftung Weimar foundation. This now contains around 13,000 Bauhaus objects, including the world’s oldest Bauhaus collection, authorised by Walter Gropius. 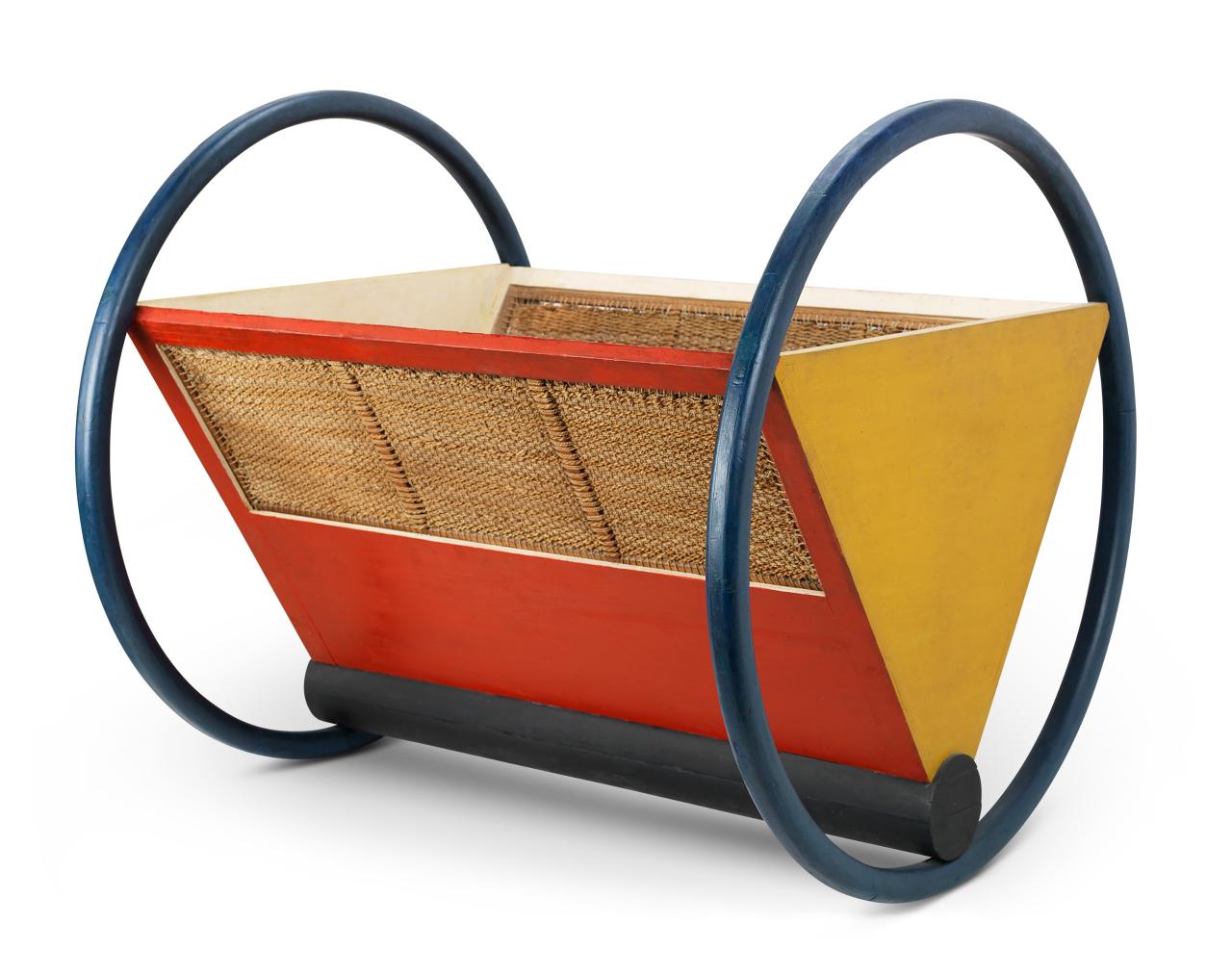 8. Why were some Bauhaus artists bald and wore long robes? And why did the Bauhaus students enjoy fancy dress parties so much?

Johannes Itten, a Swiss artist who was brought to Weimar to teach the Bauhaus preliminary course, was a devotee of the Mazdaznan cult. So what exactly is that? It is a religion founded by an American sect that also operated in Europe and features Christian, Zoroastrian and Hindu elements. Itten’s followers were strict vegetarians and meditated frequently. Many also wore robes and shaved their heads. The other students regarded them as oddballs. Itten, who left the Bauhaus in 1923, is also seen as the father of colour type theory.
Besides the party aspect, the point of the elaborate, home-made fancy-dress costumes was to play with shapes and colours in three dimensions. So they were really just another example of Bauhaus design.

9. Did the people of Weimar get on well with the students?

Many people in Weimar did support and promote the Bauhaus, of course, but a large part of the local population found these international students and their often quite liberal attitudes rather alien. There was also a change in the political climate during the period of the early Bauhaus, with a marked shift to the right. The conservative state government elected in 1924 cut the Bauhaus’ financial resources by half, leading the school to move to Dessau in 1925.

10. How did the Bauhaus spread around the world?

When the Nazis closed the Bauhaus in Dessau in 1932, many well-known artists emigrated to the US or Israel because of the dictatorship in Germany. The houses they went on to build, for example in Chicago and Tel Aviv, show that this was very much Germany’s loss, but they also made the Bauhaus concepts famous around the globe.

11. Why could we all do with a bit more of the Bauhaus spirit today?

After the terrible experiences of the First World War, the idealistic Bauhaus artists pondered a simple yet complicated question: how do we want to live in the future? They were searching for utopias and worked in partnership across multiple disciplines. Their ideas were generally not elitist; the aim was to provide broad sections of society with better living conditions. We would do well today to take a more holistic approach to aesthetic, social and moral questions far more often. “Bauhaus is not a style,” says Ulrike Bestgen from the Klassik Stiftung Weimar foundation, which has been involved in developing the concept for the Bauhaus Museum Weimar, “but rather an attitude to the world of today.” 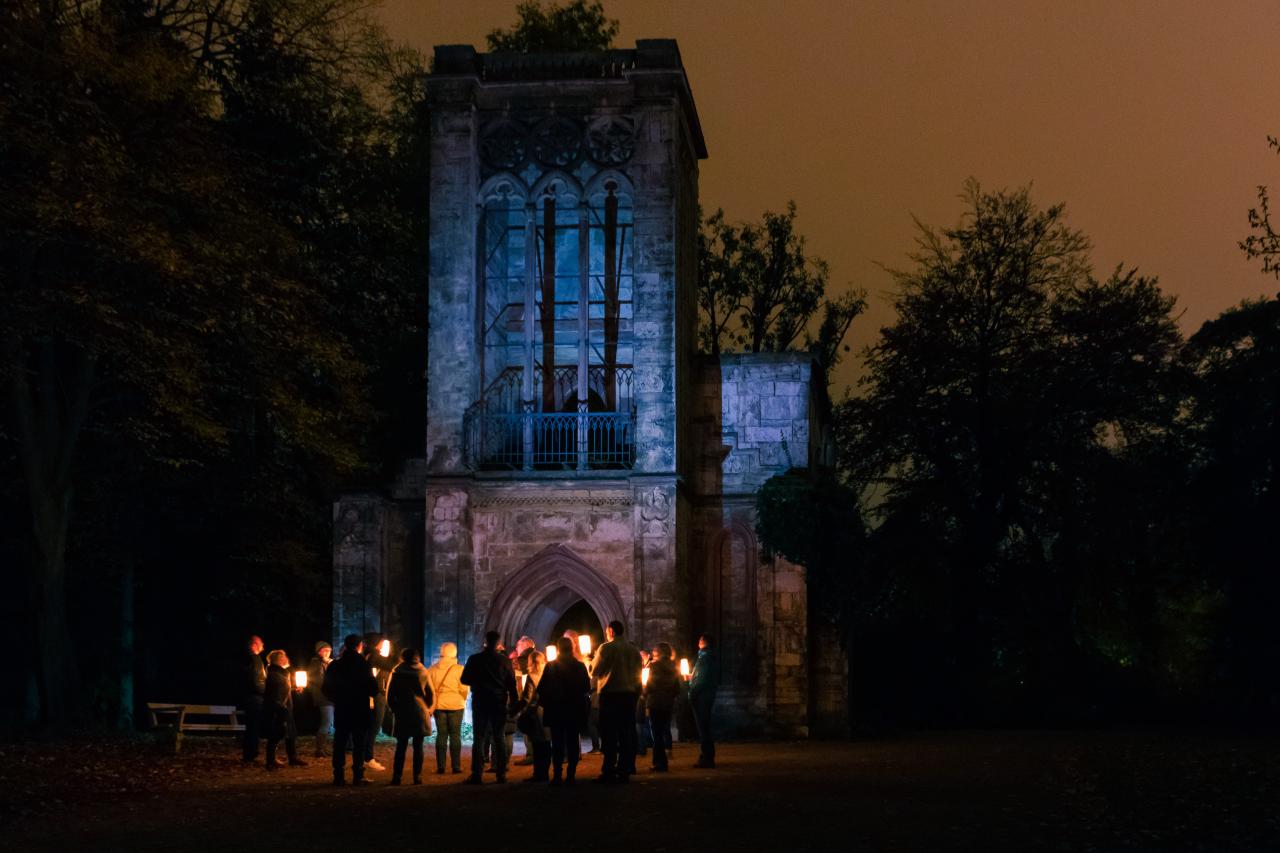 12. Can Bauhaus designs be regarded as classics?

Not in the sense of the UNESCO World Heritage Classical Weimar, of course, which includes the Duchess Anna Amalia Library. That period was defined by Goethe and Schiller. But some works by Bauhaus artists are certainly regarded as classics by virtue of having inspired generations of product designers. Peter Keler’s cradle from 1922 is a case in point. 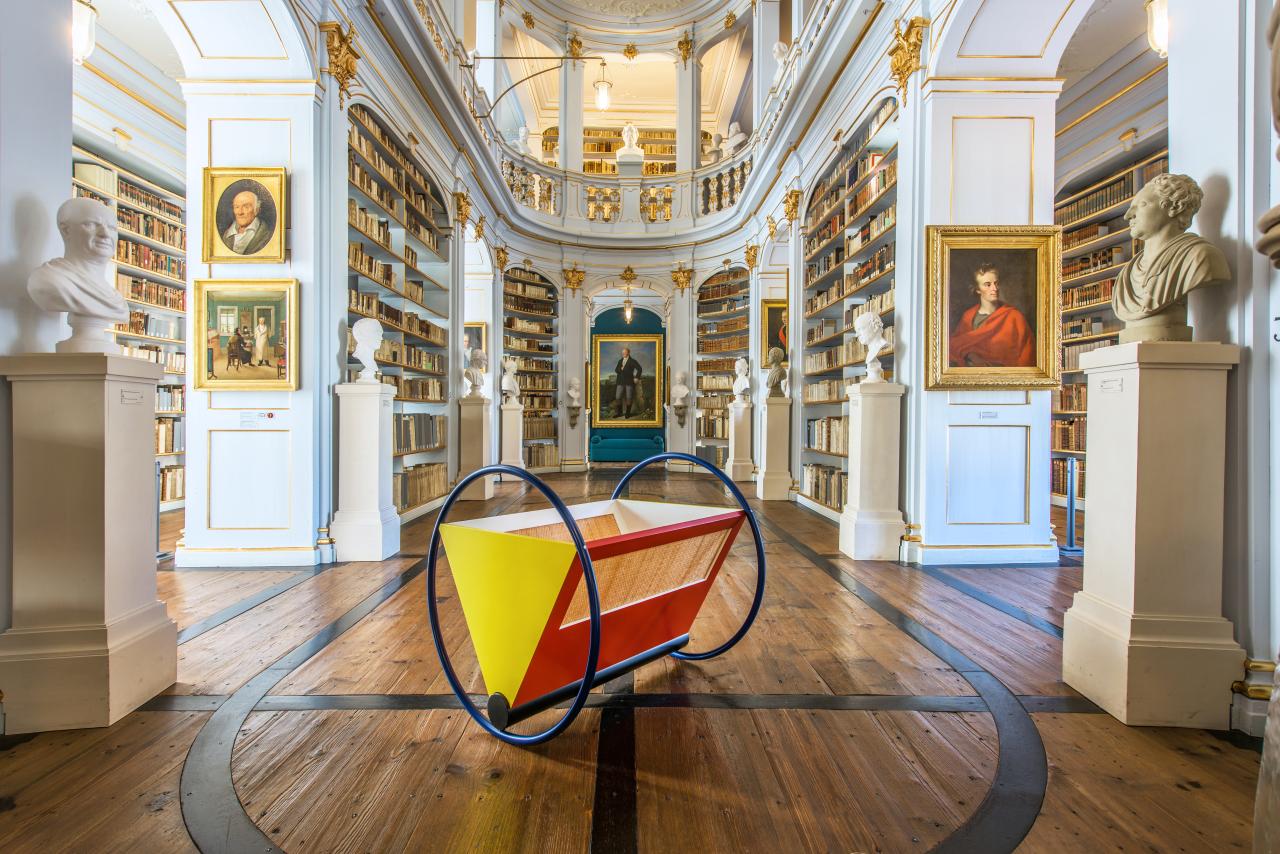 13. Where in Thuringia can you experience the Bauhaus?

The Bauhaus has left its traces not just in Weimar but all across the state of Thuringia. Possible stops on a tour itinerary could include Haus Auerbach and Haus Zuckerkandl in Jena, designed by Walter Gropius. Or Haus des Volkes in Probstzella, designed by Alfred Arndt, now a hotel, with interior fixtures and fittings produced entirely in the Bauhaus workshops. And the church in Weimar-Gelmeroda, which found fame as one of the favourite subjects of Bauhaus master Lyonel Feininger. Weimar-Gelmeroda is also the location of Bauhaus artist Ernst Neufert’s home and studio, built from 1929 to 1930. Since 1999, the Neufert Box commemorates his seminal handbook Architects’ Data, first published in 1936, an architectural reference work that has become an international standard.